The Disturbing Increase in Colorectal Cancer in Young Adults 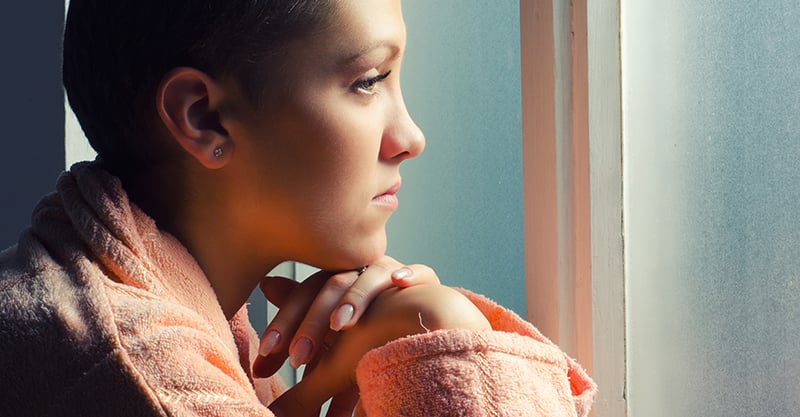 This article is dedicated to Breanne and Aston in hopes that efforts to identify what is driving this new epidemic of colorectal cancer in our children will lead not only to more effective treatments, but ultimately prevent this devastating disease.

I’m well aware of colorectal cancer in that the disease personally touched my mother in her 70s and my brother in his late 50s. But I was not aware of the alarming new trend of young adults in their 20s and 30s being diagnosed with this devastating disease. Recently, two of my friends in their early thirties have had their lives touched by colon cancer. Before this turn of events, they were incredibly healthy, athletic and taking on the world! Now, they are instead bravely facing surgery, chemotherapy and major lifestyle changes in an effort to regain their health.

A recent WebMD article acknowledged that one of the most significant and disturbing developments in colorectal cancer is the marked increase in younger individuals (which is decades before the American Cancer Society recommends people get screened for the disease). According to the article, by 2030, colorectal cancer incidence rates will be up 90% in people between ages 20 and 34, and 28% for people between ages 35 and 49. What is even more concerning is that often they are not diagnosed until later stages of the disease because most doctors are not thinking “cancer” when a young adult complains of abdominal pain or rectal bleeding.

Researchers describe this upward trend, which began in the late 1980s, as “ominous” and “worrisome.” Although the conventional wisdom is that risk for colorectal cancer (also referred to as colon, bowel or rectal cancer) increases with age, the rate at which adults over age 50 are being diagnosed has been declining. A 2017 study showed that those born around 1990 (i.e., currently in their late twenties) “have double the risk of colon cancer…and quadruple the risk of rectal cancer” compared with adults born around 1950. Similar patterns are playing out in other countries, with worldwide colon cancer deaths expected to increase by 60% by 2035, “especially among younger people.”

According to the American Cancer Society, it takes anywhere from 10 to 15 years for an abnormal cell in the lining of the colon to develop into cancer. This means that the first abnormal cell growth that resulted in cancer occurred during childhood.

Why would Gen Xers and millennials increasingly be presenting with colorectal malignancies once deemed rare in the young? Most observers seem to be “grasping at straws” when it comes to furnishing an explanation. Some want to pin the blame on obesity as a “prime suspect”—but obesity cannot explain why colorectal cancers are repeatedly cropping up in healthy young athletes in “peak physical shape.” A leading oncologist whose colorectal cancer patients are mostly under age 40 recently confessed, “It’s hard to blame it on obesity alone. We suspect there is also something else going on.” The oncologist did not venture to guess what the “something else” might be.

According to the American Cancer Society, it takes anywhere from 10 to 15 years for an abnormal cell in the lining of the colon to develop into cancer. This means that the first abnormal cell growth that resulted in cancer occurred during childhood. Therefore, it is essential that we look at potential culprits and exposures occurring in childhood.

There are two possible contributors that temporally coincide not only with the spike in young adult colorectal cancers but also with the horrifying increase in childhood cancers. The first is the vaccine schedule’s inclusion of more viral vaccines since the late 1980s, and the known fact that viral vaccines are prone to various forms of contamination. Second, over the same time period, young people’s exposure to glyphosate has exploded, wreaking havoc with their gut bacteria—and intestinal imbalances have a well-documented association with colorectal cancer. In this article, I discuss the vaccine contamination issue; in Part II, I will consider glyphosate and the colorectal cancer crisis.

The Institute of Medicine tacitly acknowledged this in 2002 when it cited biological evidence supporting the theory that contamination of polio vaccines with simian virus 40 (SV40)—vaccines that were administered to millions of Americans in the late 1950s and early 1960s—’could contribute to human cancers.’

Viral vaccines have been plagued with problems of contamination since their earliest days, and, as Children’s Health Defense has discussed previously, these problems furnish a plausible link between vaccines and cancer. In fact, an independent website devoted to this topic describes the vaccine-cancer connection as “the biggest medical scandal in history,” making the crucial point that vaccine scientists’ use of contaminated cell lines from “the very birth of virology” has been “perpetuating and causing cancer” for decades. The Institute of Medicine tacitly acknowledged this in 2002 when it cited biological evidence supporting the theory that contamination of polio vaccines with simian virus 40 (SV40)—vaccines that were administered to millions of Americans in the late 1950s and early 1960s—“could contribute to human cancers.”

However, researchers and government regulators soon backed off from the use of HeLa cells in vaccine production, deeming their malignant characteristics of rapid and immortal cell growth “not acceptable…for vaccine development” due to the “theoretical risk of transmitting cancer.” To produce viral vaccines, they instead relied on living animal cells that they erroneously perceived as safer, including the monkey cell line used in later iterations of Salk’s vaccine and other living cell types such as chicken embryos.

In Salk’s day, scientists may not have realized that their laboratory hodge-podge of animal and human blood and tissue was secretly facilitating the incorporation of “known and unknown viruses and bacteria” into their cell lines, nor that the HeLa cells themselves were capable of aggressively contaminating other cell lines—but a whistleblower named Walter Nelson-Rees later showed that this was in fact the case. Nelson-Rees proved in the 1970s that, very early on, Salk’s monkey cell line had been “invaded and taken over” by HeLa cells, and Salk unknowingly injected the contaminants into some of his human subjects. More recently, scientist Judy Mikovits has catalogued the risks of using animal tissues and cells to grow human viruses for viral vaccine production, stating that “re-injecting that material back into humans could introduce new animal viruses into the human population.”

Circling back to tumor cells

For many years, Nelson-Rees and others persisted in trying to draw attention to the cell culture contamination problem, to little avail. In fact, rather than heed these conscientious researchers’ cautions, the Food and Drug Administration’s (FDA’s) vaccine regulators, in 2012, characterized the “current repertoire” of animal-derived cell lines as “inadequate” and proposed a startlingly risky about-face. Ignoring the past problems with HeLa cells and other forms of cell culture contamination, the FDA suggested that “cell lines derived from tumors may be the optimal and in some cases the only cell substrate that can be used to propagate certain vaccine viruses.”

… the FDA discreetly admits that ‘latent’ cancer-causing viruses could potentially be present in these tumor-based cell lines and could pose a threat, since they might become active under vaccine manufacturing conditions.

Matching deeds to words, the FDA also wasted no time in approving, that same year, the first cell-based influenza vaccine, hawking it to the public by praising its apparently superior performance compared to traditional egg-based flu vaccines. The Flucelvax vaccine is made from an immortal cell line “derived from a dog kidney and known to be tumorigenic in mice.” On its website, the FDA discreetly admits that “latent” cancer-causing viruses could potentially be present in these tumor-based cell lines and could pose a threat, “since they might become active under vaccine manufacturing conditions.” The agency also notes that latent viruses are “hard to detect using standard methods.”

The rapid approval of immortalized cell line vaccines stands in stark contrast to an internal document that I wrote about last year in which a leading FDA official contended, in 1999, that modern advances in vaccine technology were rapidly outpacing the ability to predict potential vaccine-related adverse events. The official argued for closer attention to safety issues from the earliest stages of vaccine development. “One of the important things is that the technology used to make these vaccines actually exceeds the science and technology to understand how these vaccines work and to predict how they will work,” stated Dr. Peter Patriarca, MD, Director of the Viral Products Division of the FDA Center for Biologics Evaluation and Research (CBER). While scientists use continuous cell lines for their ability to be propagated and grow viruses to a higher titer, Patriarca acknowledged that “the worst thing we are concerned about is malignancy, because some of these continuous cells even have the potential for growing tumors in laboratory animals.”

Something old, something new?

In an article describing pathogenic vaccine contamination, one author points to evidence that immortal cell lines “react differently” to various animal species, even when the species are “closely related,” and asks whether vaccine contaminants may likewise affect groups of people (such as the elderly versus infants) differently. This is an interesting question, given that one of the notable features of the colorectal cancers appearing in twenty- and thirty-somethings is that the malignancies often exhibit more biological aggressiveness than the colorectal cancers observed in older adults. One study reported that a unique type of cancer cell called “signet cell histology”—cells that “migrate more freely and exhibit a more aggressive mode of spread”—was nearly five times more prevalent in rectal cancer patients under age 40 than in older patients.

Certainly, the American Cancer Society’s colorectal cancer screening recommendations, revised downward from age 50 to age 45 in 2018, will do little to help identify these aggressive cancers in younger adults.

Under the U.S. vaccine schedule, children receive numerous and recurrent doses of viral vaccines cultured in either human, monkey, bovine or chicken cells or in a multispecies combination of these cell types. These include viral vaccines against chickenpox, hepatitis, polio, rotavirus and measles-mumps-rubella. Compared to adults, young people have far greater exposure to these viral vaccines—and their inevitable contaminants. Could this have something to do with the age-related molecular differences being observed in colorectal cancers? No one really knows, because while the pharmaceutical industry is busily trying to develop cancer vaccines, it does not make a practice of assessing existing vaccines’ cancer risks. The all-too-typical disclaimer contained in most vaccine package inserts states that the vaccine “has not been evaluated for carcinogenic or mutagenic potential.”

The unacceptably high numbers of young adults who, in the prime of life, are being sidelined by debilitating colorectal cancers is a red flag telling us that we need to do better. We must find answers for what is causing this new epidemic of cancer in our children and what can be done to prevent it from occurring. 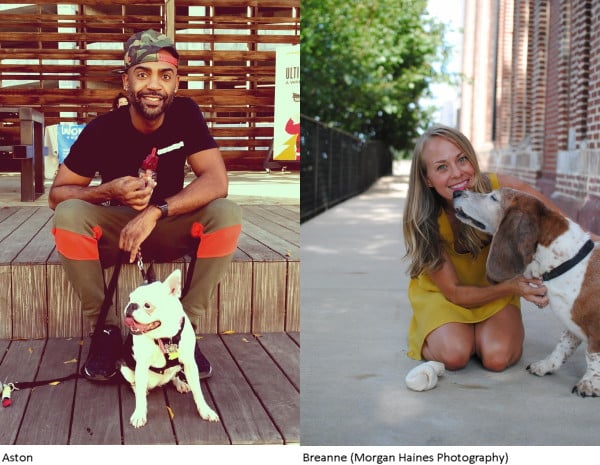