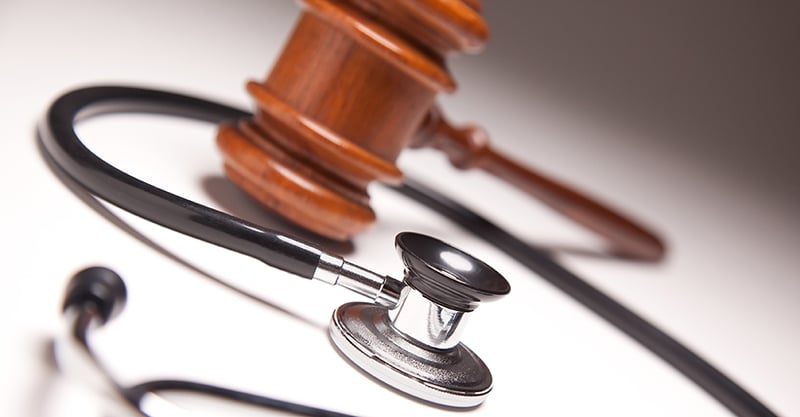 At the recently concluded annual meeting of the American Medical Association (AMA) in Chicago, AMA delegates adopted a doozy of a new policy. The powerful trade group agreed to develop model legislation that pressures state legislatures into allowing minors to “override refusenik parents on vaccination.”

In 2000, the Supreme Court reasserted the fundamental right of parents to oversee the care, custody and control of their children, a right recognized by states until children reach age 18. Where vaccines are concerned, the National Childhood Vaccine Injury Act—passed in 1986—legally requires health care providers to distribute vaccine information materials to the parent or legal guardian of any child to whom the provider intends to administer a vaccine “prior to the administration of such vaccine” [emphasis added].

Does it trouble the AMA that its pronouncement goes against legal precedent as well as social custom? Apparently unconcerned about “chipping away at parental rights,” AMA representatives are gung-ho about the organization’s new policy position. Not only do they want minors as young as 12 to be able to consent to vaccination regardless of their parents’ “flawed beliefs”—while still expecting parents to pay for the vaccines—they also believe that doctors should be the ones declaring a child “mature enough” to consent to vaccination. A question that anyone familiar with the AMA’s history should be asking is, why would we trust the AMA to make such vital decisions in parents’ stead?

… one-fourth of the AMA’s total revenues were CPT-related [the medical services coding system]—representing double what the organization received from membership dues. This gigantic conflict of interest, according to the Forbes editorialist, makes the AMA more a tool of Washington’s interests than those of doctors.

The AMA’s membership has been plummeting in recent decades. A 2011 analysis of its membership “woes” estimated that the Association captures just 15% of practicing doctors, down from 75% in the early 1950s. The AMA’s membership challenges do not mean that the organization lacks clout, however. In fact, the AMA has a variety of potent tools at its disposal to ensure that it “remain[s] relevant at the national level.” These include a political action committee and a vast lobbying war chest (with upwards of $20 million spent in 2018), all of which translates into outsized influence over both health care policy and public perceptions.

A 2016 report on Capitol Hill lobbyists rated the AMA one of the top “movers and shakers” in Washington, ranking among the “select few [that] have shown an ability to get things done.” A former AMA president modestly admitted as much, stating that “What the AMA does, and does best, is in the advocacy arena.” An analysis of the top 20 health care lobbyists found that the AMA ranked the highest in terms of “all-time spending” and ranked number five in spending “among all lobbyists, regardless of industry.”

The lobbying firms that the AMA hires are often the same as those used by the pharmaceutical industry. The AMA Foundation’s roster of high-level Corporate Roundtable members consists almost entirely of pharmaceutical industry members—including the four companies that manufacture all childhood vaccines in the U.S. (Merck, GlaxoSmithKline, Pfizer and Sanofi). Drug company advertising also dominates the pages of the AMA’s flagship journal JAMA, even though many are “the very same drugs that are…killing tens of thousands of Americans each year, according to senior drug safety researchers at the FDA.” Nor does the AMA hesitate to provide a “seal of approval” for products and drugs—earning sizeable advertising fees—“despite the fact that the organization has no capacity to test such drugs.”

In 2011, Forbes pointed out that the AMA reaps huge financial rewards through its Current Procedural Terminology (CPT) medical services coding system, used by health care providers, payers, and facilities across the U.S. Given the CPT system’s importance to large public programs such as Medicare, the system essentially amounts to a “government-granted monopoly” and AMA “windfall.” In 2010, one-fourth of the AMA’s total revenues were CPT-related—representing double what the organization received from membership dues. This “gigantic conflict of interest,” according to the Forbes editorialist, makes the AMA “more a tool of Washington’s interests than those of doctors.”

The AMA also has a sordid history of racketeering. Economist Milton Friedman wrote some years ago of the AMA’s concerted attacks on chiropractors and osteopathic physicians, and in a 1987 antitrust lawsuit brought by chiropractors, the judge agreed that the AMA had conspired “to contain and eliminate a profession that was licensed in all fifty states.” The judge also decried the Association’s “long history of illegal behavior.” In the early 2000s, the courts again found the AMA (along with managed care companies) guilty of racketeering through manipulation of the AMA’s coding software.

Did the zealous school nurse who recently administered a human papillomavirus (HPV) vaccine to an 11-year-old boy without parental consent—while telling the mother that all he got was an ice pack—follow “legal, ethical, and professional guidelines”?

Efforts to circumvent parents’ involvement in their children’s health care have been underway for quite some time, notably in the reproductive health arena. For services related to contraception and sexually transmitted infections, health providers are only too happy to shout down parental objections, arguing that young people’s need for confidential medical services is “more important” than parents’ right to be informed of their child’s condition.

Now, researchers are laying down the train tracks to make the same case for vaccines. In 2014, top-tier adolescent health experts described parental consent as a “barrier to vaccination” and called for “strategies that increase the ability of unaccompanied minors…to receive vaccines within the context of legal, ethical, and professional guidelines.” Did the zealous school nurse who recently administered a human papillomavirus (HPV) vaccine to an 11-year-old boy without parental consent—while telling the mother that all he got was an ice pack—follow “legal, ethical, and professional guidelines”?

AMA critics argue that the organization has spearheaded a push for a “totalitarian medical pharmaceutical police state” almost since its inception in the mid-1850s. While such rhetoric is strong, it seems clear that on vaccine issues, the AMA is only too willing to stake out a draconian policy position. After the AMA announced its intent to ignore parents’ wishes, one conservative writer underscored the contradictions: “So while individuals need to be 21 years old before they are allowed to drink, and 18 years old before they are allowed to purchase cigarettes and elect a president, children at any age can make a decision to partake in vaccinations, regardless of the associated risks, of which there are enough to warrant the need for a National Vaccine Injury Compensation Program.” Legislators tempted to jump on the AMA’s bandwagon might want to think twice before throwing parental rights under the bus in such a cavalier manner.