The WHO team in charge of inspecting the Wuhan Institute of Virology claims that it’s “unlikely” COVID escaped from the lab, but some scientists reject more than one of the rationales used to justify that claim. 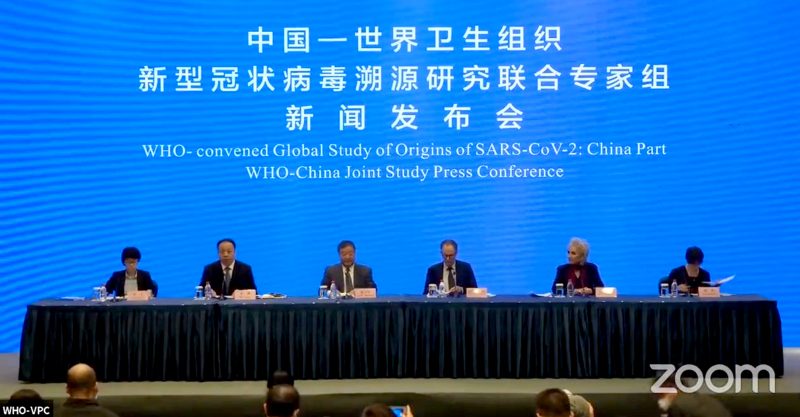 At a press conference in Wuhan, China last week, Peter Ben Embarek, the head of the World Health Organization (WHO) inspection team, said it was “extremely unlikely” that the coronavirus leaked from a lab and as a result the lab escape hypothesis would no longer form part of the WHO’s continuing investigation into the origins of the virus. But Dr Embarek listed frozen foods among the other possible sources of the outbreak in Wuhan that the WHO will continue to look into.

Asked why they had discarded the lab hypothesis, Embarek said that while lab accidents do happen, they are “extremely rare.” He also said the WHO team had looked at the BSL-4 lab in the Wuhan Institute of Virology (WIV) and had concluded, “it was very unlikely that anything could escape from such a place.”

Both claims are seriously unconvincing. Peter Daszak, who is part of Embarek’s team, has also previously claimed that lab accidents are “extremely rare.” But this is completely unsupported by the evidence, as we have previously reported. Biosafety incidents involving regulated pathogens are occurring on average over twice a week in the U.S. alone. Such incidents have included the mishandling of agents as deadly as anthrax, smallpox and bird flu. And, as is well known, a virology lab in Beijing managed to accidentally release the original SARS virus (SARS1) not once but four separate times.

The argument that such an escape is particularly unlikely from a BSL-4 lab, like that at the WIV, is also unconvincing, not just because there have been leaks from BSL-4 labs in the past, but because much of the work on bat coronaviruses in Wuhan was not carried out at the highest biosafety level (BSL-4) but at the much lower BSL-2 level, which, as Rutgers University microbiologist Prof Richard Ebright has pointed out, provides only minimal protections against infection of lab workers.

Still more astonishingly though, according to Gary Shih of the Washington Post, Peter Ben Embarek, in explaining why the WHO team had ruled out the lab leak hypothesis, said that it was largely as a result of questioning WIV staff about what they thought about such a possibility. “They’re the best ones to dismiss the claims and provide answers to all the questions,” Dr Embarek said.

This defies common sense: suspects in an investigation should clearly not be treated as “the best ones” to dismiss any possible charges against them. It also ignores not only the colossal vested interest such researchers would have in not being held responsible for a devastating global pandemic, but the fact that they are operating in a political environment where if they fail to support the Chinese government’s official narrative, the consequences could be extremely severe.

The Washington Post reported that a number of leading scientists were unhappy with the way the WHO had ruled out a lab leak without undertaking a more thorough investigation. They quoted David Relman, a microbiologist at Stanford, as saying, “If the only information you’re allowing to be weighed is provided by the very people who have everything to lose by revealing such evidence, that just doesn’t come close to passing the sniff test.” According to the Post, “Relman suggested that the WHO team should have sought complete, detailed records from the laboratories about their experiments and the raw genomic sequence data of their research going back a decade.”

That the WHO investigators, while rushing to rule out a lab leak, are apparently accepting China’s theory that the virus might not have originated in Wuhan at all, or even in China, but could have been introduced “over a distance” by “cold chain, frozen products” is likely to further damage the WHO’s credibility. Kristian Andersen, a professor of immunology and microbiology at the Scripps Research Institute in the U.S. and one of the leading backers of the idea that the virus had an entirely natural origin, is already on record as saying, “I do not find the data linking Sars-Cov-2 to frozen foods to be credible.”

Others, like Filippa Lentzos, a senior research fellow at King’s College London specializing in biosecurity issues, have gone further and simply labeled such claims part of a Chinese disinformation program intended to deflect blame from China and to point the finger at other countries.

That this is the narrative being pushed by Beijing was confirmed when Liang Wannian, the head of the Chinese team contributing to the WHO’s investigation, declared at the press conference that the investigative work in China is now complete and “will set the ground for origin tracing elsewhere.” Yet Alina Chan of the Broad Institute of MIT and Harvard has called the claims that the pandemic really originated in places in Europe, or even the U.S., as so incredibly unlikely as to be “insane.”

In fact, Daszak has given so many media interviews during the WHO team’s time in China that he has, in the words of one commentator, established himself as “the public voice of the WHO team.” From that vantage point, Daszak has not only consistently supported Beijing’s narrative but even taken to “impugning the motives of President Joe Biden and casting aspersions on the integrity of the U.S. intelligence community,” in response to reports that the U.S. government would want to independently verify the WHO’s conclusions.

From the start, the WHO team lacked credibility because they had all been China-approved, but the inclusion in its ranks of Daszak, who had previously dismissed the possibility of a lab leak as “preposterous,” “crackpot” and “pure baloney,” was a particular source of criticism. His dismissive attitude to the lab leak theory is in marked contrast to the many leading experts who have now publicly stated that it is a plausible scientific hypothesis and one that needs to be investigated.

Richard Ebright has also pointed out that, “Daszak has been a contractor, a collaborator, and a co-author on work at the WIV on construction and analysis of novel chimeric coronaviruses.” Ebright said that the WHO’s review could not be considered a credible investigation when a collaborator with the WIV’s research on SARS-related bat coronaviruses was one of its investigators.

The terms of reference for the WHO’s investigation, which the WHO negotiated with Beijing, were also seen as problematic, as they allowed China “to call the shots”, in the words of Lawrence Gostin, a professor of global health law at Georgetown University in Washington, whose department provides the WHO with technical assistance.

Tuesday’s press conference did nothing to allay such concerns. The Washington Post’s Josh Rogin tweeted in response to it, “This entire WHO field trip is a farce and a huge missed opportunity to conduct a genuine investigation, which a year into the crisis Beijing will still not allow.”

Alina Chan suggested the bar was being set impossibly high for a lab leak, tweeting that a credible investigation of a lab origin only seemed to be acceptable if you already had “incontrovertible proof” of one. She also tweeted, “Do we need another mysterious outbreak in a city with a renowned pathogen lab in the next decade before we get serious about asking what’s happening in these labs?” She also pointed out that with the number of labs working on human pathogens proliferating around the world, the chances of something going wrong is increasing all the time.

Richard Ebright sees what’s currently happening in China as part of a long history of failure to engage honestly with biosafety issues: “Tissue-thin charades and Potemkin reviews have been standard operating procedure in disputes on biodefense, biosafety, biosecurity, and gain-of-function research for almost two decades.”