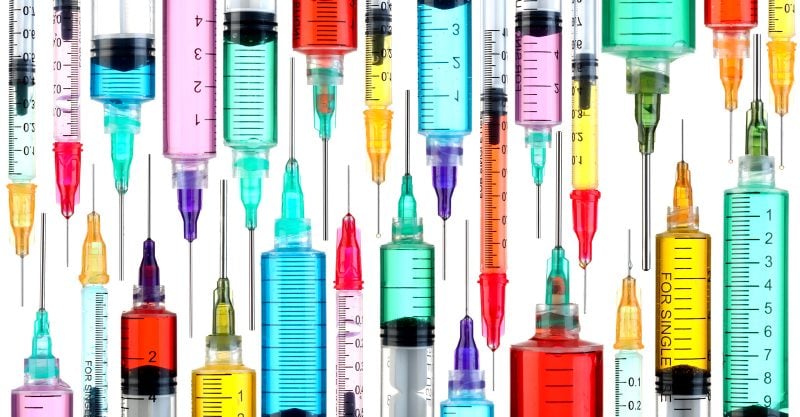 As health officials strive to brush off as “coincidences” the mounting number of deaths and other serious adverse reactions occurring worldwide in connection with Pfizer’s and Moderna’s experimental mRNA COVID-19 vaccines, the need for independent scrutiny of vaccine safety data has never been more apparent.

The study, published by two northern Italian researchers on an open access platform suggests that most existing safety monitoring systems, whether in Italy or the U.S., are “utterly inadequate to document the real incidence of serious AEFIs and that current methods of assessing [vaccine-related] causality may be questioned.”

The study also reveals how an unbiased reanalysis of adverse event data puts the lie to the “reassuring conclusions” officials like to disseminate about vaccine safety.

Italy made MMRV vaccination compulsory for young children in 2017. In their 2021 open access study, Italian researchers Paolo Bellavite and Alberto Donzelli indirectly assess the impact of this policy by examining the incidence of MMRV-related AEFI as reported to or studied by Italy’s pharmacovigilance system.

Bellavite and Donzelli note that while Italy’s vaccine surveillance “is mainly of the ‘passive’ type” (characterized, as in the U.S., by vast underreporting), it also includes occasional “active vigilance” studies.

Bellavite and Donzelli summarize the findings of one such study, conducted in the region of Apulia in 2017 and 2018. The Apulia study’s university- and health-department-based researchers asked the parents of more than 2,500 children to keep diaries for three weeks post-MMRV-vaccination. The researchers then followed up with phone calls and review of relevant hospitalization records.

The Apulia researchers detected 992 post-MMRV adverse events among the 2,149 children for whom they were able to complete the three-week telephone follow-up — an AEFI reporting rate of 462 events per 1000 enrolled children. One hundred nine of the 992 adverse events (11%) met World Health Organization (WHO) criteria classifying them as “serious,” meaning fatal or life-threatening; requiring intervention or hospitalization; or causing persistent disability or incapacity.

The most common serious adverse events experienced by young MMRV recipients in Apulia were hyperpyrexia (very high fever in excess of 106°F — a medical emergency), neurological symptoms (including balance disorders and agitation), gastrointestinal problems and thrombocytopenia (abnormally low platelet levels). All of the adverse events are listed as side effects in the package insert for the Merck-manufactured MMRV vaccine (brand name ProQuad) as well as in the inserts for a number of other childhood and adult vaccines. (Notably, the healthy 56-year-old Florida doctor who recently died after getting Pfizer’s mRNA COVID-19 vaccine developed an ultimately fatal form of thrombocytopenia three days after vaccination.)

The next step for the Apulia investigators was to apply the WHO’s causality assessment algorithm to their findings. According to the inflexible and somewhat paradoxical WHO criteria, “Only reactions that have previously been acknowledged in epidemiological studies to be caused by the vaccine are classified as a vaccine-product-related-reaction. New serious adverse reactions that emerge post-licensure “are labelled as ‘coincidental deaths/events’ or ‘unclassifiable.’”

Even so, the Apulia study showed that 82 of 109 serious adverse reactions displayed a causal association “consistent with MMRV immunization.” This translates to 38 serious adverse events per 1,000 children enrolled — or one in 26.

In the U.S., which relies almost exclusively on passive surveillance, the Vaccine Adverse Event Reporting System (VAERS) has received 13,382 reports of MMRV-related adverse events since the U.S. Food and Drug Administration approved ProQuad in 2005 — an average of 836 reported incidents annually over the 16 years.

VAERS classifies roughly one in 20 of these (4.7%) as “serious,” including 19 deaths. Over the same time frame (that is, since 2005), VAERS accumulated another 40,070 reports of adverse events following MMR vaccination (2,500 annually on average), with one in 10 categorized as serious.

A 2016 FDA study that looked at 204 VAERS reports (through 2014) for infants who, largely due to “vaccination errors,” received the MMR or MMRV vaccines before nine months of age (rather than at the recommended 12 to 15 months of age) found that nearly one in six of the reported adverse events (17%) were serious.

Knowledgeable experts have roundly criticized the WHO algorithm for being biased toward rejecting vaccine-related causality (describing the algorithm as being “not fit for purpose”).

Thus, the fact that there was one serious WHO-confirmed adverse event for every 26 enrolled children should have been extremely noteworthy.

Apparently, the Apulia researchers did not think so. As Bellavite and Donzelli note, though the Apulia study was unique in applying WHO causality assessment methods to comprehensive active surveillance data, the investigators vastly downplayed their own results, describing serious AEFIs as “absolutely rare” and reporting that “the active surveillance program confirmed and reinforced the safety profile of the [MMRV] vaccine.”

Bellavite and Donzelli dispute this tame characterization of the Apulia findings, explaining the following:

In the U.S., the FDA and Centers for Disease Control and Prevention researchers maintain that neither the MMR nor MMRV vaccines display “any major safety concerns,” despite the thousands of adverse events reported each year and the vast iceberg of additional adverse reactions that go unreported.

U.S. regulators’ nonchalance is further contradicted by a U.S. government study estimating that one of every 39 vaccines administered results in vaccine injury.

Bellavite and Donzelli also call attention to other considerations typically ignored or overlooked by researchers for whom a “confirmed” vaccine safety profile is the a priori conclusion — considerations that are as pertinent in the U.S. as they are in Italy. For example:

These and other recommendations, articulated by Children’s Health Defense and many others, have fallen on deaf ears in the U.S.

More broadly, the Italian authors emphasize the fundamental principles of vaccine choice and informed consent, stating that “the choice of whether to vaccinate or not [is] a choice that must be made by the patient or by parents of underage children, properly advised by their doctors.”

They also noted how vaccine mandates alter doctors’ roles and turn them into “public officer[s] enforcing the government’s decisions.” Americans who are leery of experimental COVID-19 vaccines — and the improbable fairy tales being spun about the vaccines’ risk-benefit calculus — would likely agree with the Italians’ conclusions. The principle of informed consent cannot be satisfied “by a generic statement of a ‘safe profile’ or ‘lack of worrying signals,’” particularly when researchers ignore evidence of serious adverse effects in a significant percentage of vaccine recipients.