Fox News commentator, Tucker Carlson, cited a recent article by Nicholas Wade outlining how Dr. Anthony Fauci approved funding for the controversial gain-of-function research in Wuhan that, according to Wade, led to the pandemic. 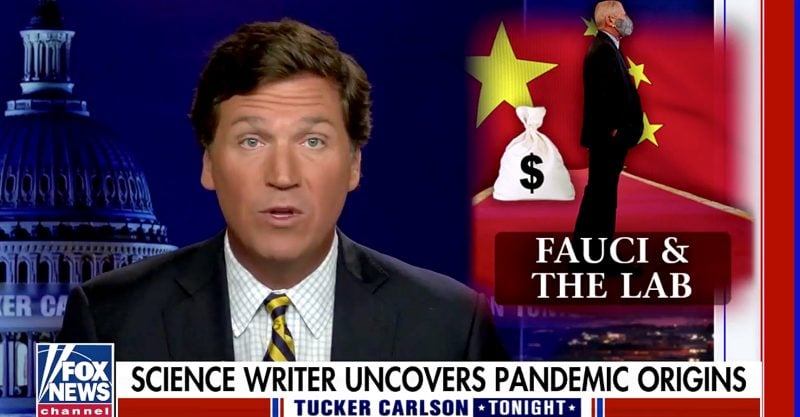 Specifically, Carlson raised questions about both men’s roles, past and present, in the pandemic.

In the “Tucker Carlson Tonight” segment below, Carslon asked these two questions:

On the Fauci question, Carlson cited an article by Nicholas Wade in which the science writer and former New York Times reporter lays out the evidence behind the theory that COVID originated in — and escaped from — the Wuhan Institute of Virology.

According to Carlson, Wade presents “insurmountable evidence” that COVID originated in the lab where scientists were conducting U.S. taxpayer-funded gain-of-function experiments. Who approved that funding? Fauci, according to Wade.

“Wade makes it clear that more than any other single living American, Tony Fauci is responsible for the COVID-19 pandemic.”