Trudeau Won’t Use Military to Disperse Protesters, as Freedom Convoy Digs In

The Freedom Convoy protest against Canada’s COVID vaccine mandates entered its sixth day today, with no signs of ending, and no sign Canadian government officials plan to lift the mandates. 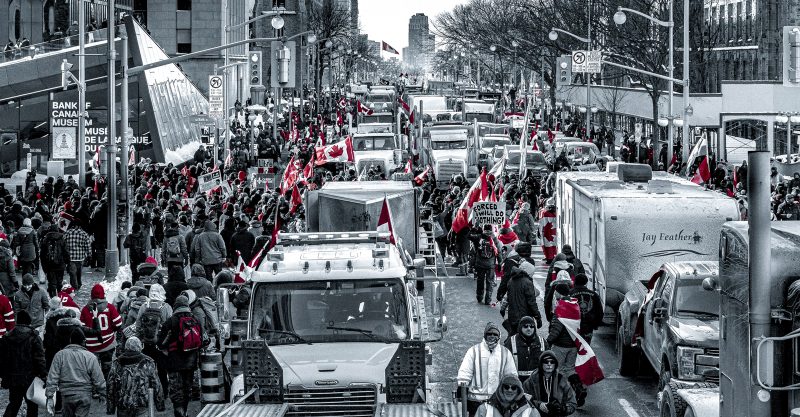 Canadian and U.S. truck drivers who arrived in Ottawa Jan. 29 to protest COVID vaccine mandates showed no signs of leaving, as Prime Minister Justin Trudeau today said sending in the army to clear the protesters is “not in the cards right now.”

The statement came after Ottawa Police Chief Peter Sloly said Wednesday “there may not be a policing solution to this demonstration” and that he and other commanders were “looking at every single option, including military aid to civil power” to end it.

In Alberta, trucks and protestors have shut down and delayed traffic at the U.S. Canada border, demanding the government scrap their vaccine mandate policy for truckers.

Is it time to end COVID-19 restrictions?

Here‘s what I think, and what I’m hearing from Saskatchewan people.