A new analysis by the Environmental Working Group found hundreds of harmful chemicals linked to cancer, adverse birth and reproduction outcomes, impaired brain development and a revolving door of other deleterious health impacts. 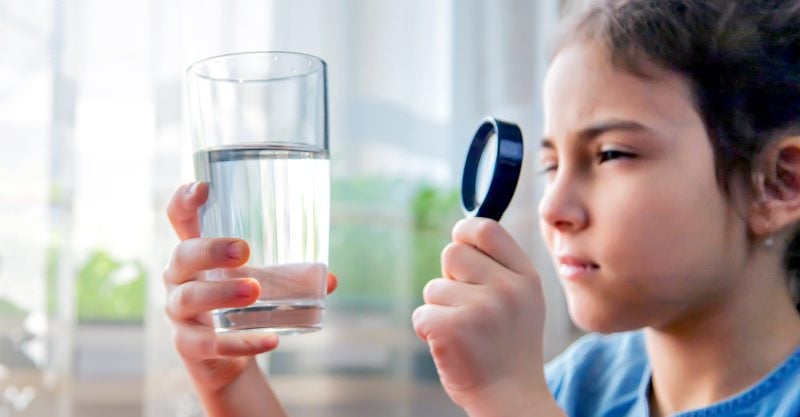 Since 2019, more than 320 toxic substances have been detected in U.S. drinking water systems, according to a new analysis by the Environmental Working Group (EWG), a nonprofit environmental advocacy organization.

Those harmful chemicals are linked to cancer, adverse birth and reproduction outcomes, impaired brain development, and a revolving door of other deleterious health impacts.

The findings, part of the 2021 update to EWG’s national Tap Water Database, underpin the call for more rigorous federal drinking water standards and the urgency to improve water infrastructure.

EWG researchers collected and reviewed results from water contaminant tests conducted by water utilities and regulators from all 50 states and the District of Columbia.

After combing through the data from almost 50,000 water systems serving tens of millions of American households, the researchers found sweeping drinking water contamination from numerous pollutants such as arsenic, lead, per- and polyfluoroalkyl substances (PFAS), radioactive materials and pesticides.

The database “offers a panoramic view of what drinking water quality looks like when the federal office meant to protect our water is in an advanced stage of regulatory capture,” said EWG President Ken Cook in a statement, referring to the influence of polluting industries and water utilities on drinking water safety standards.

Compared to the previous (2019) update to the database, which identified 268 chemicals in America’s water utilities, the new database added 56 new chemicals.

These substances are new PFAS or emerging pollutants, such as pesticides and radioactive material, that are currently monitored by the federal Environmental Protection Agency (EPA) under the agency’s Unregulated Contaminant Monitoring Rule.

However, these substances have yet to receive any legal limits, thwarting the water systems’ impetus to tackle the contamination, according to EWG.

Currently, the EPA regulates more than 90 contaminants in drinking water, a fraction of the agency’s inventory of more than 85,000 chemicals that fall under the Toxic Substances Control Act. The EPA’s Office of Water has not added any new substances to its regulated list since 2006.

Even for substances that are regulated by the EPA, their “legal limits were set based on outdated science,” Uloma Uche, an environmental health scientist at EWG who helped construct the tap water database, told EHN. While the EPA determines contaminants’ regulatory standards based on their individual harms, it fails to consider the additive effect of a chemical mixture.

The agency also “has evaluated a number of unregulated drinking water contaminants” under the Safe Drinking Water Act and is taking actions to update its regulations, said the spokesperson.

Consumers can enter their ZIP code into the tap water database and see a report of toxic contaminants in the area’s drinking water as well as safety assessments put together by EWG scientists. In many areas, various dangerous contaminants have been uncovered in water samples, although they were still in compliance with federal health-based drinking water standards.

“Even if your water is below the legal limit,” said Uche, “that doesn’t necessarily mean it is safe from contaminants.”

Carsten Prasse, an environmental professor who studies drinking water contamination at Johns Hopkins University but was not involved in EWG’s database told EHN that “it’s great to provide individuals with more transparency about what might be in their water.”

Because the data collected in this database are obtained from water utilities, Prasse cautioned that contaminants listed may not represent the water quality in individual households. For instance, while the report may show the absence of lead in some utilities, certain individual households may still have lead coming out of the tap due to pollution from the water pipes.

Prasse said that the current federal regulations “aren’t really directed towards protecting the consumers of drinking water,” and that there has been a gap between the regulations and scientific progress.

“There’s definitely a lot of room for improvement,” said Prasse.