Tip of the Iceberg? Thousands of COVID Vaccine Injuries and 13 U.S. Deaths Reported in December Alone

In December, 3,916 COVID vaccine-related adverse events, including 13 deaths, were reported to VAERS. As more adverse events — ranging from life-threatening anaphylaxis to death — occur, it will be tougher to “sell” the experimental injections. 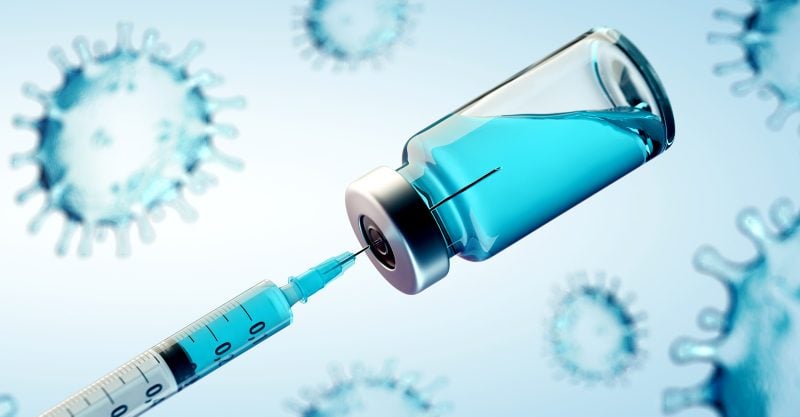 When the U.S. Food and Drug Administration gave Pfizer/BioNTech and Moderna permission to distribute their experimental mRNA coronavirus vaccines to Americans on an “emergency use” basis in December, it opened the floodgates for other countries to quickly follow suit.

By Jan. 11, counting China and Russia, 43 countries had administered at least 26 million doses of vaccine — especially Pfizer’s — with far more ambitious plans for the coming year. The companies’ global delivery targets for 2021 include two billion Pfizer/BioNTech doses and at least 600 million Moderna shots.

Drawing on the tried-and-true marketing technique of drumming up the “illusion of scarcity” to “accelerate demand,” U.S. officials have been attempting to direct the public’s attention to the concocted drama of vaccine supply shortages and a slower-than-expected rollout.

However, as the early warning signs already apparent during clinical trials begin to translate into serious adverse reactions on a wider scale, officials now face a new public relations challenge — that of “managing expectations” to ensure population willingness to take the vaccine.

In the U.S., the primary mechanism for reporting adverse reactions is the Vaccine Adverse Event Reporting System (VAERS), a flawed passive surveillance system that relies on the willingness and ability of parents and professionals to submit reports voluntarily.

As Children’s Health Defense Chairman Robert F. Kennedy, Jr. wrote on Dec. 18, 2020 to the co-chair of the new COVID-19 Advisory Board, VAERS has been an abject failure, with fewer than 1% of adverse events ever reported, according to a 2010 federal study.

Given the abysmal track record of VAERS in capturing serious adverse events, it is noteworthy that 13 deaths — a subset of 3,916 total adverse events reported following COVID-19 vaccination — had already been recorded by the system by the end of December (as per the MedAlerts search engine).

Nine of the deaths followed the Pfizer vaccine and four followed the Moderna shot (see table below). Nearly all of the deceased were institutionalized (primarily in nursing homes), although one 63-year-old male received the injection at work.

Five (and possibly six) of the deaths occurred on the same day as vaccination, all in women and sometimes within 60 to 90 minutes of the injection — and without any “immediate adverse reaction” having been observed.

The reports describe outcomes ranging from “foaming at the mouth” to “massive heart attacks.” Three of the deceased were in their early to mid-60s.

The write-ups that accompany VAERS reports furnish details about these sad fatalities, including the astonishing fact that some of the deceased had actually experienced and recovered from COVID-19 (raising questions about why they were vaccinated).

The write-ups also illustrate the subtle pressure to attribute the cause of death to something other than COVID-19 vaccination. For example, a grandchild who submitted a report wrote, “My grandmother [age 85] died a few hours after receiving the moderna covid vaccine booster 1. While I don’t expect that the events are related, the treating hospital did not acknowledge this and I wanted to be sure a report was made.”

A nursing home submitting a report on behalf of an 89-year-old who died five days after receiving the Moderna injection likewise wrote, “Due to proximity of vaccination we felt we should report the death, even though it is not believed to be related.”

And when a 78-year-old died two days after the Pfizer shot, the report simply stated, “no adverse events and no issues yesterday; Death today … (unknown if related – Administrator marked as natural causes).”

The 13 deaths communicated to VAERS do not include any deaths in the state of New York. However, a disturbing news report from Syracuse.com suggests that COVID-19 vaccines could be linked to a shocking number of additional deaths in the elderly in that state.

According to the news account, a single nursing home in upstate New York vaccinated 193 residents beginning on Dec. 22 and subsequently reported 24 deaths within the span of a couple of weeks. Although the facility has attributed the deaths to a COVID-19 “outbreak,” there had been no COVID-19 deaths in any nursing homes in the entire county “until the first three deaths … were reported Dec. 29.”

Pointing out that 24 deaths among 193 vaccinated residents equates to a 12.4% mortality rate, one observer notes that this reflects a “124-fold increase in mortality over and above the COVID-19 death rate for the population at large.”

Another compelling source of data about deaths following receipt of the experimental Pfizer/BioNTech shot comes from a growing number of incidents being reported from Israel and Europe:

Finally, in early January, news outlets, including The Defender, also described the tragic U.S. case involving Miami obstetrician-gynecologist Gregory Michael, who at age 56 died within two weeks of receiving the Pfizer vaccine — with the cause of death attributed to a “highly unusual clinical case of severe [immune] thrombocytopenia” (ITP).

ITP is considered a Type II “hypersensitivity reaction” (“immune responses that are exaggerated or inappropriate against an antigen or allergen”). Because Michael did not start experiencing symptoms until three days post-vaccination, his case was not captured in a Jan. 6 Centers for Disease and Control (CDC) report on serious allergic reactions following COVID-19 vaccination that limited the analysis to reactions occurring within the first 24 hours.

Critics familiar with VAERS’ shortcomings — and the ways in which officials can manipulate its data — bluntly condemn VAERS as “nothing more than window dressing, and a part of U.S. authorities’ systematic effort to reassure/deceive us about vaccine safety.”

As an example of the “effort to reassure,” one need look no further than the Jan. 6 CDC news release about post-vaccination anaphylaxis and non-anaphylaxis allergic reactions. In this report, the CDC’s tally of the hundreds of VAERS reports received per day during the first 10 days of the Pfizer vaccine rollout totaled 4,393 adverse events from December 14 to 23 — including 175 incidents flagged by CDC “for further review as possible cases of severe allergic reactions, including anaphylaxis, based on descriptions of signs and symptoms.”

Following its review, the CDC chose to include only 21 cases, excluding 154 cases either because they did not meet narrow criteria defined by the Brighton Collaboration (a global group that publishes “standardized case definitions” for countable adverse events); or because symptom onset occurred “later than the day after vaccination”; or because CDC judged the events to be “nonallergic” despite signs and symptoms to the contrary.

Based on the 21 cases, the public health agency then produced an estimate of 11.1 cases of anaphylaxis per million vaccine doses, whereas including all 175 events reported as severe allergic reactions would have yielded a rate of 92.4 cases per million doses.

Even so, the CDC’s conservative estimate of the anaphylaxis rate for experimental COVID-19 mRNA vaccines is roughly 10 times greater than for flu shots, including in individuals with no prior history of allergic reactions.

News reports have added to the frightening picture of post-COVID-19 allergic reactions that is emerging. These include the “hundreds” of Israelis describing “severe anaphylactic shock,” other allergic symptoms such as tongue and throat swelling, tingling sensations, dizziness and weakness; the two health workers in the UK who suffered “anaphylactoid reactions” on the first day of the Pfizer vaccine rollout; the two hospital workers in Alaska who experienced allergic symptoms — a serious anaphylactic reaction in one case and “eye puffiness, light headedness and scratchy throat” in the second case — within 10 minutes of getting the Pfizer jab; and the “mild to moderate” side effects from the Pfizer injection, including pain and dizziness, reported by four Bulgarians.

Reactions have not been confined to allergic symptoms, however. Additional descriptions of adverse events include:

Setting the stage to “manage expectations,” The Atlantic told readers in mid-December that while COVID-19 injections have “a kick” and involve “more than the usual unpleasantness of getting a shot,” they are still “nowhere near as bad as COVID-19 itself.”

Some of the individuals described above and others submitting reports to VAERS might beg to differ.

For example, in a write-up accompanying one VAERS report (available through MedAlerts), a 36-year-old female who received the Pfizer vaccine on Dec. 17 was described as experiencing “disabling” light-headedness and dizziness 15 to 20 minutes post-vaccination, followed by an elevated heart rate and “really high” blood pressure.

After several hours in a monitoring station, where health workers gave her Benadryl and “lots of water” along with measuring her blood pressure “every five minutes,” she spent another four hours undergoing “continual monitoring” in the emergency room, followed by “a few more hours” in the ER the following day and a recommendation to start taking blood pressure medication. By Dec. 20, her blood pressure still had not normalized, and she had developed a bad headache. The health provider who submitted the report to VAERS on the woman’s behalf concluded that a causal association between Pfizer’s vaccine and the event could not be ruled out “based on a compatible temporal relation.”

Among Pfizer vaccine recipients with reactions categorized in VAERS as “life-threatening,” there are many other disquieting write-ups, often concerning young women in their 30s:

An objective analysis of the COVID-19 vaccine rollout necessarily raises serious questions about product safety and the assessment of risks versus benefits.

The VAERS reports submitted through December indicate that over half (53%) of those affected by mRNA vaccine reactions are 17-44 year-olds in the prime of life.

More than one in five (n=877) adverse events resulted in an emergency visit, 140 were rated “serious,” 100 led to hospitalization, 41 were “life-threatening” and 5 produced permanent disability.

Supplementing VAERS, the CDC has been encouraging COVID-19 vaccine recipients to use a smartphone app called v-safe to “quickly tell CDC” about mRNA vaccine side effects. On Dec. 19, v-safe tallies for the first five days of COVID-19 vaccination showed that among 215,362 vaccine recipients registered with v-safe, 5,052 individuals self-reported serious “health impact events” following their first dose of vaccine — events requiring care from a fellow health professional and rendering the person unable to work or perform normal daily activities. This, too, is concerning, translating into a one-in-43 injury rate (2.3%) for the v-safe group.

In the new year, many states are planning to aggressively scale up distribution of both the Pfizer vaccine and the even more reactogenic Moderna vaccine, including at drugstores, supermarkets, big-box stores, dental offices and temporary sites like stadiums and even Disneyland.

This has prompted concerns among allergists, in particular, who question whether drive-thru sites and under-trained personnel will be able to recognize and handle the sudden adverse reactions that the two mRNA vaccines seem capable of eliciting — especially since both contain the notorious allergenic ingredient polyethylene glycol (PEG).

In the U.S., some allergists are recommending that consumers with known allergies be “proactive” and ask prospective vaccination venues “pointed questions” about their emergency training, equipment and ability “to respond swiftly if something goes wrong.”

A growing number of healthcare experts are going even further, with one Wyoming public health official describing the injections as “biological weapons of mass destruction,” and many others urging the public to “just say no” to experimental injections that health officials and the vaccine makers admit aren’t proven to prevent COVID or stop transmissibility, but could do long-lasting harm.