In her new book, investigative journalist Carey Gillam unwinds the story of a California groundskeeper who developed cancer after being doused with Roundup weedkiller, and then went head-to-head with Monsanto in a search for justice. 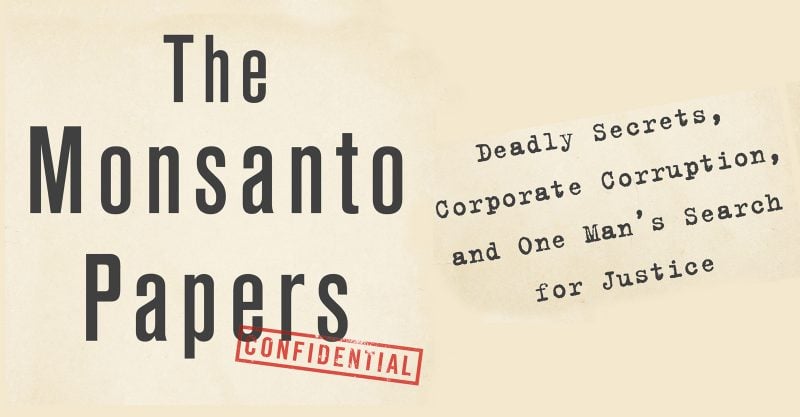 Dewayne “Lee” Johnson used to work as a groundskeeper for a California school system. Content to make an honest living and take care of his family, Johnson never imagined he would become the face of a David-and-Goliath showdown against Monsanto and its new owner, Bayer — among the world’s most powerful corporate giants.

But that’s what happened after a workplace accident left Lee doused in Monsanto’s Roundup weedkiller — and facing a deadly cancer that turned his life upside down.

“The Monsanto Papers: Deadly Secrets, Corporate Corruption, and One Man’s Search for Justice,” the latest book by journalist Carey Gillam, unpacks the inside story of Johnson’s landmark lawsuit against Monsanto. The book was released today, by Island Press.

The Defender interviewed Gillam, who revealed why she wrote the book, and what she hopes readers take away from it.

The Defender: Your first book, “Whitewash,” focused on exposing Monsanto’s deceptive tactics with respect to the science surrounding its best-selling Roundup herbicide. How is “The Monsanto Papers” different, or what does it add?

Gillam: “Whitewash” was a bit of an academic-type book that looked at decades of scientific research about glyphosate, the key ingredient in Roundup, and how Monsanto pushed the chemical to become the most widely used herbicide in the world, in part by seeking to manipulate the scientific record.

“The Monsanto Papers,” in contrast, is the very tragic human story about the results of that manipulation. I’ve written this for a general audience, and taken readers deeply into the personal and painful struggle of a man named Lee Johnson, who was just an average middle-aged husband and father who is facing a terminal cancer diagnosis after excessive exposure to Monsanto’s weedkillers. The story follows Lee as he tries to prepare his wife and two children for his death and at the same time tries to hold Monsanto accountable. The book also explores the ruthless tactics of the mass tort attorneys who decide to help Lee, and thousands of others like him.

The Defender: Why is this an important case to follow?

Gillam: Lee was the first person in the world to go to trial against Monsanto and, despite the odds, his case was the first to win a jury verdict finding that the company’s 40-year-old, wildly popular weedkiller does cause a type of cancer called non-Hodgkin lymphoma.

Since Lee’s trial win, other plaintiffs have notched victories as well, and Monsanto owner Bayer AG is now attempting to resolve more than 100,000 cases by paying out more than $11 billion in settlements. Still the products remain on the market with no cancer warnings.

The Defender: Who is this book written for, other than Lee?

Gillam: This book is written for all those who need and want to know more about the secrets kept by companies peddling dangerous products. It’s also written for those who suffer from cancers and other diseases caused by products and substances we’ve been told are safe, but which we belatedly learn are not safe at all. The corporate wrong-doing exposed through Lee’s trial and subsequent actions in the litigation provides a cautionary tale for consumers.

The Defender: There are a lot of plot twists in this book, including a near deadly accident suffered by one of Lee’s lawyers right before his trial, and a late-night leak of important internal Monsanto documents to you. When the documents were leaked you hurriedly made them public on the website of U.S. Right to Know. Monsanto was not happy and tried to take court action in response. Why did you publicize those documents, which have become known as The Monsanto Papers?

Gillam: The public has the right to know the truth about products they use. I knew that the internal company records would help people understand what actually was true and not true, and do so in Monsanto’s own words. I rushed to get the documents downloaded and posted onto the U.S. Right to Know website because once they were up I knew it would be nearly impossible for Monsanto to find a way to force them to be pulled down.

The Defender: Your reporting is based on more than 80,000 pages of court exhibits and other documents and a lot of time spent with Lee and his lawyers. What do you hope readers take away from your new book?

Gillam: I hope readers are moved by Lee’s personal journey and motivated to understand that this story of one man and one company is really just a microcosmic example of a pressing need for greater protection of public health from the dangers of powerful corporations that put profits before people.