After she was injured by the Johnson & Johnson COVID-19 vaccine, Sheila Bath said doctors screamed at her and told her she was “nuts” for thinking the vaccine caused her injuries. 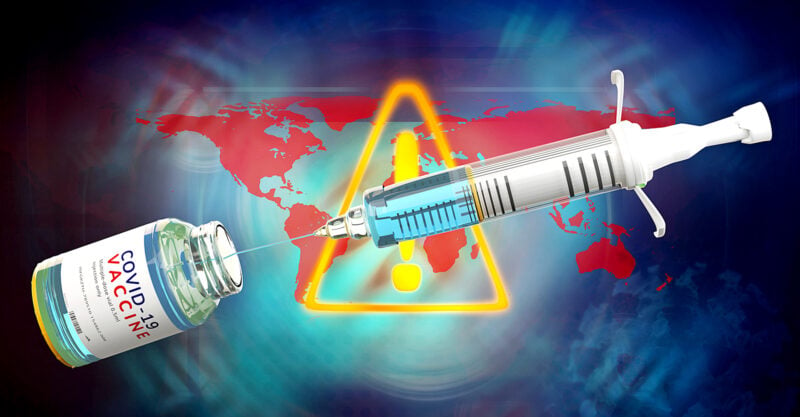 Bath suspected the vaccine triggered the symptoms, but doctors were initially reluctant to draw the same conclusion.

When Bath told her doctor the only explanation she could think of was that she’d been vaccinated two-and-a-half weeks ago, “He practically kicked me out of the office,” she said. “And then I called back a third time. I said, my legs are still burning up … can you help me? And they refused to see me.”

Then things got worse.

More than a year after getting the J&J vaccine, Bath began to experience new symptoms, including partial digestive paralysis, which she said “means the COVID-19 spike protein [was] still alive, doing damage,” even though it is “supposed to be a dead virus, we were told.”

Doctors attributed the new symptoms to Crohn’s disease, a type of inflammatory bowel disorder, because Bath had a history of autoimmune disease.

But Bath disagreed with that diagnosis:

“I felt like saying, honey, I had Crohn’s when nobody knew Crohn’s, and I had to fight my way through that for 13 years. I said, that is not Crohn’s … That is the paralysis from the shot.”

Bath described being “chided and yelled at” by doctors for even suggesting her health troubles were related to the vaccine. According to her, it was not until she visited a naturopathic doctor that she finally received care, attention and a concrete diagnosis.

“I walked in, he took one look at me and he said, ‘I know what you got.’ [The] first time I saw him, he says, ‘you’ve got paralysis in your spine and in your legs. Did you take the [Johnson & Johnson vaccine] or what other one?’

“He said, ‘I’ve got an antidote for that, a homeopathic antidote for peristalsis.’ And sure enough, it worked. Now, did it work perfectly? No. But what it did do was save my life.”

According to Bath, when she shared the news of this successful treatment with her cardiologist, “She started screaming at me, this nice, gentle woman who isn’t even connected to the vaccine.”

Forced to get vaccine by employer

Bath was initially reluctant to get a COVID-19 vaccine, she said, but was required to get it for employment reasons.

She opted to receive the single-dose J&J vaccine because, “I figured, well, one [dose] is better than two.”

Although Bath acknowledged there was information available advising people with autoimmune conditions to avoid the J&J vaccine, she said she was “in remission for 20 years through natural means.”

But she also believes she wouldn’t necessarily have been better off getting the Pfizer or some other COVID-19 vaccine.

“Who knows? If I was pressured into taking the Pfizer [vaccine], maybe I would have been worse off,” Bath said.

Bath also noted that the specific J&J dose she received came from the Baltimore Emergent BioSolutions manufacturing plant that subsequently was shut down after reports of regulatory problems.

The injuries and adverse effects Bath sustained have been debilitating in terms of her ability to work.

“I used to work 10-12 hours a day. I have not been able to work in 16 months. My neurologist also refused disability, [putting] me into poverty.

“My greatest fear is being homeless. I’ve happily worked my whole life, never asked for help … I was crying every day and definitely suicidal … I haven’t been able to work and [this experience] totally put me into poverty. I’ve been very close to homelessness a few times … I ran through all my money.”

Bath said membership in the support group resulted in her “confirming that I was not alone, and that doctors were purposely lying, all over the world,” adding, “Thank God for Catherine’s group,” referring to its founder, Catherine Parker, who also was injured by the J&J vaccine.

“We all share information, symptom, and information on what is helping us,” said Bath, referring to her interactions with other members of the support group.

According to Bath, seeing the large number of participants in such groups and interacting with them has “broken my heart,” but at the same time, has provided a degree of comfort, “knowing that I’m not out of my mind.

“Doctors tell me I’m nuts,” said Bath. “I’ve never seen such meanness in my life,” adding, “You know, friends disappear, family disappears. So thank God for these groups, but I wish they weren’t necessary.”

The support group faces challenges, however, according to Bath — namely, attempted censorship by Facebook, where the group is hosted.

“The fact that we’re connecting — they keep trying to knock us off,” said Bath.

Bath told The Defender that prior to her injuries, she was planning for a new phase in her life — life coaching.

Her injuries have delayed but not ended her plan. She told The Defender she has completed a life coach trauma healing certification, adding:

“My assignment is helping people get as better as possible, and I’m getting that extra certification for trauma because we’ve all been traumatized for the last five or six years.

“And to add to that … my two majors now are helping people with Crohn’s disease, but mostly with the vaccine injuries … those are my two goals.”

Through this, Bath hopes that she can sensitize the broader public to what is happening.

“We need the public to know this is not political,” Bath said. “Both sides of the aisle have been hurt, and we are in this together.

She added: “We can’t trust the regulators because they’re all owned by Yale and Harvard and everything else.”