Given the broad immunity granted to the Sacklers, the disclosure of millions of internal company documents may not lead to new lawsuits against them, but it might shed light on the origins of the opioid catastrophe and strengthen future litigation against other defendants in opioid cases. 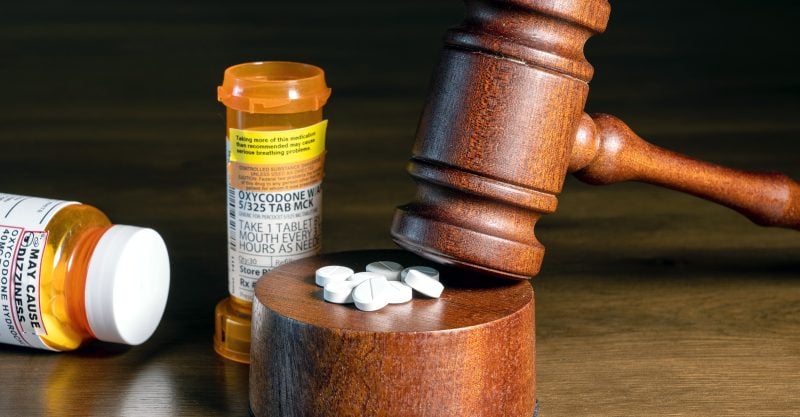 There’s a long history of U.S. courts being called upon to fix large-scale public health crises.

Lawyers and judges, for instance, were key in settling claims related to asbestos, lead paint, Agent Orange and tobacco. More recently, they have dealt with the fallout of the U.S. opioid epidemic, which is linked to the deaths of some 500,000 Americans over the past two decades.

This litigation can serve several important goals. It can identify wrongdoers and hold them accountable. It can repair damage by compensating the victims. And it can protect the public by producing evidence regarding dangerous products and practices.

When cases are settled, however, the litigation rarely accomplishes all three goals together. Settlements deny plaintiffs their day in court and can bypass admissions of guilt or allow companies to evade public scrutiny. They frustrate and disappoint almost by design.

Frustration and disappointment have been evident in the settlement reached on Sept. 1, that ended thousands of the lawsuits filed by states, cities, counties and native tribes against Purdue Pharma. Even as Robert Drain, a federal bankruptcy judge in White Plains, New York, approved the deal he observed that it would fail to fully hold Purdue’s owners, the Sackler family, accountable for their role in the opioid crisis.

Still, the deal is about more than a single family’s fate. As a historian of drugs and the pharmaceutical industry, I see promise in it.

Settling with the Sacklers

If the deal holds up, it will cap 20 years of litigation against Purdue Pharma, a privately held drugmaker. The company pleaded guilty twice to federal criminal charges in connection with its marketing of OxyContin. No lawsuit against Purdue ever advanced to trial. Cases were settled out of court and records were sealed. The company continued to promote OxyContin to doctors through 2018.

By that time, the Sacklers had reaped an estimated U.S. $10.7 billion from sales of Purdue’s signature product. But the family denies that it bears any responsibility for the devastation wrought by the opioid crisis and has sought protection from lawsuits.

Under the terms of the settlement, the Sacklers will hand over a total of $4.5 billion over nine years provided they can be released of any liability for their role in the opioid crisis. This immunity would extend to members of the family as well as to hundreds of foundations, trusts, business associates, attorneys, lobbyists, Purdue subsidiaries and other entities.

The prospect of extensive immunity has attracted fierce criticism. The settlement may still face legal challenges, such as an appeal to a higher court.

Barring a successful appeal, however, the Sacklers will still retain most of the fortune they amassed from the sales of OxyContin fully insulated against future lawsuits brought in connection with Purdue’s opioids.

The abuse of prescription opioids costs the U.S. economy $78.5 billion every year, according to a Centers for Disease Control and Prevention estimate. The funds pledged by the Sacklers fall far short of paying this tab. However, the deal offers a creative way to help resolve the crisis.

The centerpiece of the deal is a plan to dissolve Purdue and reestablish it as a public benefit corporation. The new entity will continue to sell some of Purdue’s signature products — including opioid painkillers, opioid substitution therapies like buprenorphine and anti-overdose medications like naloxone — and use the profits of these sales to fund addiction treatment and prevention programs.

Members of the Sackler family will have no stake in the new entity. Resuscitated as a public trust, the new Purdue will be bound to refrain from the kind of pill-pushing methods that made its fortune.

If successful, this new arrangement would show that a different way of producing and distributing drugs is possible.

Lawsuits against the industry have produced millions of internal company documents that shed light on the origins of the opioid catastrophe. Together with other historians, I drafted an amicus brief in 2019 that made the case for the full disclosure of all the evidence unearthed in the course of the litigation.

When 46 U.S. states reached another sweeping settlement with the tobacco industry in 1998, we explained, the companies were asked to turn over their internal documents and pay for their collection and preservation.

Posted to the internet, these documents exposed how the tobacco industry misled the public about the consequences of smoking and the nature of nicotine addiction for decades after these risks were discovered.

Overall, more than 1,000 books, research papers and articles about the impact of corporate behavior on public health were written based on this trove of evidence. The same approach, we argued, needs to be taken with the opioid industry documents.

We filed our brief just as Purdue made its opening settlement bid. The Sacklers fought long and hard to guard their secrets, concealing some of the most incriminating evidence behind claims of attorney-client privilege. They were forced to relent to get more states on board.

As a result, 30 million documents — business plans, memos, emails, meeting minutes, legal records and even deposition videos — will be turned over to archivists and made available in text-searchable form through a user-friendly portal. Purdue’s inner workings will be exposed like those of few U.S. corporations before. This will help researchers, journalists and the public better understand the causes of the opioid epidemic.

Public access to industry documents altered the course of the litigation against Big Tobacco. For decades, cigarette makers beat back lawsuits with claims that the science about the risks of smoking remained unsettled and that the companies were sincerely trying to mitigate known harms.

They also held that smokers were making a choice and denied knowing anything about nicotine’s addictive potential. These defenses crumbled when the documents came to light and more plaintiffs prevailed in court.

Given the broad immunity granted to the Sacklers, the disclosure of Purdue’s opioid litigation documents may not lead to new lawsuits against them. But it might strengthen future litigation against other defendants in opioid cases.

Drug distributors, pharmacies, other drugmakers and even some doctors are embroiled in their own lawsuits and negotiating their own settlements.

Historians like me, public health experts, journalists, lawyers, survivors and the public need access to the evidence underpinning all of that litigation too. If only Purdue’s opioid-related documents are made public, the world would be left with a distorted picture of what caused this catastrophe.

The Sacklers, I fear, would continue to play their role as useful villains, diverting attention from the broader systemic failures that allowed one company to cause so much damage.

Editor’s note: The descendants of Arthur Sackler, the brother of Mortimer and Raymond Sackler, sold their stake in Purdue before the launch of OxyContin. They aren’t involved in opioid-related litigation against the company or Purdue’s related settlements. 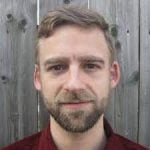 Antoine Lentacker is a historian whose work is broadly dedicated to investigating the effects of changing communication technologies on the governing of people and things in Europe since c. 1800.