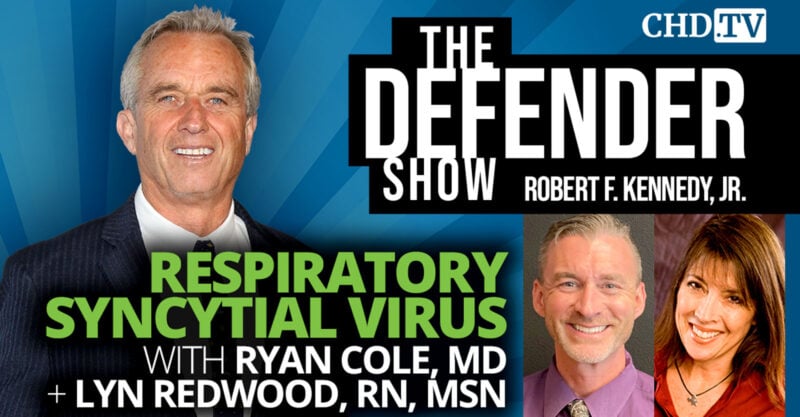 Rising case numbers of RSV, the most common respiratory virus in children, have been reported across the U.S. According to Kennedy, the crisis “has become a vehicle for re-implementing the COVID-19 playbook all over the country and responding with vaccines.”

Redwood, a nurse practitioner with more than 20 years experience in pediatrics and family medicine and co-founder of Children’s Health Defense, who wrote a detailed historical account of RSV for The Defender, outlined the virus’s origin.

Nass, an internist and biological warfare epidemiologist, discussed the RSV vaccines in development.

Dr. Ryan Cole, a pathologist with expertise in how vaccines given to pregnant women can impact the immune system, talked about the dangers of vaccines and pregnancy.

“We have to stop these shots,” Nass said. “It’s just extraordinary that we’re still vaccinating people … we have a lot of work to do.”

Here are highlights from what Redwood, Nass and Cole discussed in the podcast: