‘Psychopaths in Suits’ Are Getting Away With Murder. Why? 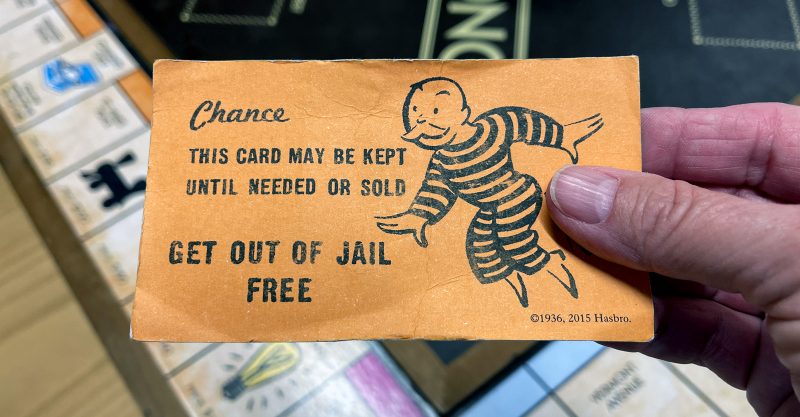 I don’t know the names of the men who poisoned and killed my father and my brother Stan, who died last Thursday, but I know where they worked and why they did it: just like Ruf, Dennis, Hunsucker and Pettis, they intentionally and knowingly took actions they knew would result in death when they sold asbestos to my dad’s employer and got my brother addicted to tobacco.

The asbestos industry knew as early as the 1890s, and got definite confirmation in the 1940s that their product caused mesothelioma, a particularly brutal lung cancer that killed my father.

Even today, their executives are trying to avoid responsibility for it: Johnson & Johnson is playing bankruptcy games to avoid paying for cancers caused by their asbestos-laced talcum powder, and not a single executive is even slightly worried about going to jail for all these dead people.

Same deal with the tobacco industry whose top CEOs lied to the faces of members of Congress in 1994 at the same time their industry has been killing over 400,000 Americans a year every year of my lifetime.

Like those four wife-killers, they all did it for the money. A hell of a lot more money than Ruf, Dennis, Hunsucker and Pettis could ever imagine.

Ruf, Dennis, Hunsucker and Pettis are all in prison. The decision-makers who today are still promoting tobacco and using bankruptcy laws to avoid paying for asbestos deaths are enjoying the pandemic from their mansions and yachts.

And this only scratches the surface.

In just the past weeks, hundreds of Americans have been killed and thousands rendered homeless by climate change-driven weather that men in the fossil fuel industry knew 50 years ago would happen as the result of their selling their products. For money.

And then there is the American “health insurance” industry, unlike any other in the world, that kills tens of thousands of Americans every year by destroying their lives with debt (over $1 trillion right now) or forbidding services to them when they’re uninsured and cannot afford them.

Ever since our nation’s founding, capitalism in America has been played in ways that protect stone cold killers. Psychopaths in suits. But it’s gotten particularly bad since Big Tobacco was outed in the 1990s.

There was a time when we used to prosecute them.

In the 1980s, Reagan deregulated the Savings & Loan industry — predictably, within a few years, a handful of executives had made themselves multimillionaires while hundreds of thousands of families across America were wiped out. The Justice Department stepped in and prosecuted 1100 banksters, 839 were convicted, and over a hundred went to prison.

When the so-called “Dot-com Bubble” burst around the turn of the century, dozens of bigshot executives from Enron, WorldCom, Qwest and Tyco, among others, were prosecuted, convicted and imprisoned. We were still occasionally sending executives to prison as late as 2005.

After Glass-Steagal was repealed in 1999, banksters spent the next decade lying to investors around the world about the value of their “Collateralized Debt Obligations” and other recently legalized “exotic” financial instruments that were packed full of “liar loans” and bad mortgages.

That led straight to the Bush Crash of 2008, when guys like Steve Mnuchin (who threw over 30,000 California families out of their homes) and Jamie Dimon got fabulously richer. America bailed out the Wall Street banksters to the tune of over a trillion dollars.

But only one guy went to jail for the thousands of lies, frauds and outright crimes that occurred during the Bush years and led to the Bush Crash. He was a mid-level banker born in Egypt (who grew up in Michigan), has brown skin, and his name was Kareem Serageldin.

The judge in his case said right out loud that Serageldin’s role in hiding a mere $37 million of the $2.1 billion in bad mortgages his employer, Credit Suisse, had concealed from other banks and regulators was “a small piece of an overall evil climate within the bank and with many other banks.”

But Bush talked to his Justice Department and federal prosecutors and California Attorney General Harris decided to give Mnuchin and the other banksters a pass.

Dozens of banks and hundreds of banksters had done far worse than Serageldin, but none were even indicted.

When Ralph Nader revealed in 1966 that automakers were knowingly selling defective cars and trucks but that fixing them would have cut profits more than paying out death benefits to settle lawsuits, America was outraged and Congress acted, creating the NTSB (National Transportation Safety Board) and establishing federal regulations.

But by 2012 it was down to 9.4% and, while the numbers are difficult to know for sure because of Trump administration obstruction and incompetence, appear to have significantly collapsed from there since.

Partly this has been the result of post-1980 Supreme Court decisions making it easier for prosecutors to ignore sentencing guidelines for white-collar crimes (unless they’re committed by Brown executives, apparently).

Partly it was every major industry in America taking advantage of the Court’s Citizens United decision to legally purchase and own politicians in both parties, guaranteeing political pressure on prosecutors who might even think about going after corporate criminals.

Partly it was a relentless focus by several administrations on street crime (“superpredators” and “stop and frisk”), pulling resources away from prosecutors’ offices that might have otherwise been directed to the snakes in suits.

And part of it was a massive lobbying campaign by some of America’s most powerful CEOs to insert “mens rea” (Latin for “state of mind”) language into the recent criminal justice reform act, so it would become almost impossible to convict a senior executive of a crime he directed his company to do.

This new law now requires prosecutors to prove that not only did the CEO know that he could cause a particular John Doe in, say, Wheeling, West Virginia to die from the product, but it was his intention to specifically kill that man or someone just like him. In other words, prosecuting CEOs is now all but impossible.

The morbidly rich in America are immune from taxes: most pay less than 3% in income taxes. They’re similarly immune from prosecution for very real criminal decisions that destroy the lives of and regularly kill very real human beings.

This has to end.

Originally published by The Hartmann report.