Why Are Parents Enrolling Their Kids in Experimental COVID Vaccine Trials?

The CDC admits that most children experience mild COVID symptoms or none at all, yet thanks to months of fear-inducing messaging, some parents are more afraid of COVID than of an experimental vaccine. 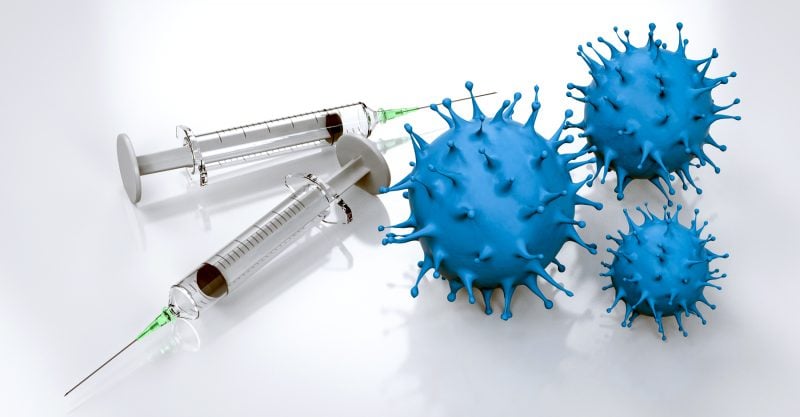 The FDA requires institutions that test drugs and biologics in children to have a pediatric plan in place, but some say the rule “is lenient to the point of being no rule at all.” As Dr. Robert Frenck, director of the Cincinnati Children’s Hospitals Center for Vaccine Research told TIME magazine, “The plan can be simply ‘We don’t have a plan.’”

On Oct. 22, the FDA’s Vaccines and Related Biological Products Advisory Committee convened a panel of experts to discuss coronavirus vaccines. Committee members expressed wariness about giving the shots to children, arguing that the risks could well outweigh the benefits. Leading National Institutes of Health (NIH) researcher Dr. Luigi Notarangelo went further, frankly stating that coronavirus vaccines “should not be considered for use” in children “at this point” and adding that the evidence presented at the meeting had been insufficient to answer pressing questions about safety.

Judging by the fact that parents of 100 children immediately volunteered to have their kids get the unapproved messenger RNA (mRNA) vaccine, Pfizer and the Cincinnati hospital have been successful in persuading parents that, even in the face of expert concerns, there is nothing to worry about. Initially, Pfizer will test the vaccine in several thousand 12-17-year-olds. The plan is then to broaden the pediatric test population to include younger children and infants.

Thanks to months of fear-inducing messaging — a form of “persuasive communication” that intentionally uses fear to “manipulate individuals or populations” into “doing things they would ordinarily resist doing” — many parents are now far “more afraid of COVID than the vaccine,” making them willing to “trust the science” and sign on the dotted line.

Fear is only one of the tactics being used to attract the thousands of American families Pfizer needs to attain its target pediatric sample size. Many experts are also heavily playing the altruism card, suggesting that “getting a vaccine, when it’s available, is not just about you. It’s about protecting your grandmother who has diabetes and Uncle Sean, who is immune-compromised.”

The Cincinnati doctor heading up Pfizer’s pediatric study has made this very case, suggesting that vaccinated children will be able to “indirectly” protect their parents, grandparents, teachers and coaches.

The fact that Cincinnati’s investigator is making such claims is both misleading and perplexing, given that Pfizer’s clinical trials are designed to assess only whether the vaccine lessens mild COVID-19 symptoms. The trials, as a growing number of observers have pointed out, will not permit any conclusions about whether the vaccine prevents infection or interrupts transmission. The experts at the Oct. 22 VRBPAC meeting agreed that the vaccine trials “have serious design flaws.”

Medical trade groups have chosen to ignore the FDA advisory committee’s concerns about the wisdom of rushing COVID-19 vaccines into children. Instead, as the Huffington Post reported, the American Academy of Pediatrics is “sounding the alarm” in the opposite direction, arguing for children’s “immediate” inclusion in vaccine studies.

The media have not hesitated to add to this push, publishing thinly veiled recruitment pieces encouraging children’s clinical trial involvement. For example, one editor-at-large for TIME recently gushed that the children participating in Pfizer’s study are engaging in “an act of public-service heroism” that is the modern-day equivalent of the “polio pioneers” of the 1950s.

Left out of the TIME article is any mention of what happened when early polio vaccines were fast-tracked: The “massive and highly publicised disaster” called the Cutter incident gave polio to thousands of children, killing 10 and leaving many others permanently disabled. Nor does TIME’s revisionist portrayal of polio vaccine history discuss the severe health problems and excruciating pain afflicting those who have suffered adverse reactions to polio vaccines, or the fact that polio vaccines are the leading cause of polio and “polio-like” illness.

Ignorant of this history and of the nearly 400 adverse reactions listed in childhood vaccine package inserts, some members of the general public are also reinforcing the heroism narrative. As reported by TIME, one of the teenage Pfizer participants has had “teachers and other students in the hallway say, ‘Hey, my gosh, that’s so cool’ and, ‘You’re so brave!’” The student’s mother replies that her daughter is “just doing a little teeny-tiny thing that we believe will help lots of people.”

As the experts on the FDA’s Vaccines and Related Biological Products Advisory Committee indicate, not everyone agrees that receiving a hurriedly developed, experimental vaccine is a “little teeny-tiny thing.” As the mother quoted above concedes, “there are some people out there who don’t think this is the smartest thing for us to have done.” However, despite the fact that adults participating in Pfizer’s Phase 3 trials have reported experiencing high fever, pounding headaches, severe body aches, exhaustion and shivering intense enough to crack teeth, the mother’s assessment of the 11-page handout provided by Pfizer (describing “all the ifs and whys and hows and whats”) led her to conclude that her daughter would risk only minor side effects — in other words, “nothing drastic or dire.”

One wonders what these parents are being told about the never-before-approved mRNA technology featured in Pfizer’s vaccine. The proprietary mRNA platform is being supplied by Pfizer’s German partner, BioNTech, a young company that, in September 2019, fortuitously signed a deal with the Bill and Melinda Gates Foundation (worth up to $100 million) to “build out its infectious disease infrastructure.” mRNA molecules are known to be “intrinsically unstable and prone to degradation,” with an inflammatory component that risks “dangerous immune reaction[s].”

Pfizer and its mRNA vaccine competitor, Moderna — which plans to start testing its vaccine in adolescents soon — have recently grabbed headlines celebrating the apparent effectiveness of their coronavirus vaccines. However, as the New York Times noted, both companies presented their preliminary and far-from-conclusive results in carefully crafted news releases — short on the details “that would allow outside experts to evaluate their claims” — rather than in peer-reviewed scientific journals. The advocacy group Public Citizen openly criticized Pfizer’s uninformative PR blitz as “bad science.”

Experts touting these mRNA vaccines have engaged in a number of linguistic contortions to allay legitimate worries, recognizing that “the rapidity of development — an idea underscored by the name Operation Warp Speed — [has] inadvertently aggravate[d] the public’s safety concerns.” One pediatric professional, refuting the characterization of the vaccine development process as “rushed” said, “I would say that it was intensified and that after each phase of the study it was analyzed in a quicker fashion than normally maybe so. This does not mean it was rushed, it was just worked on more aggressively.”

A Stony Brook Children’s Hospital executive, alluding to the years of fruitless research on mRNA vaccines, has likewise soothingly stated, “The technology for this vaccine, while new, is still years old.”

Pfizer, for its part, admits to the need for “months and even years” of follow-up to ascertain safety meaningfully. Unfortunately, its clinical trials end after 24 months, and its active monitoring of adverse events largely focuses on the first couple of months. As VRBPAC’s consumer representative, an attorney, stated at the FDA’s late October meeting, “There could be adverse effects we don’t know about, and so isn’t two months a little short?”

Moreover, long-term follow-up for conditions such as cancer and autoimmune diseases will become difficult, if not impossible, if the vaccine makers hasten to offer their vaccines to the placebo groups (thereby erasing their comparison), which Moderna and Pfizer executives have both suggested they will do.

Running down children, no matter what

According to the Centers for Disease Control and Prevention (CDC), “Most children with COVID-19 have mild symptoms or have no symptoms at all.” In its breakdown of risks by age groups, the public health agency rates 5-17-year-old children’s risk of COVID-19-related hospitalization as nine times lower and their risk of death as 16 times lower than for young adults aged 18-29 — who themselves are a low-risk age group.

In comparison, the CDC assesses the risk of death for seniors aged 75-84 or 85+ years as 220 times and 630 times higher, respectively, than for 18-29-year-olds. As of mid-November, the CDC had attributed just 39 deaths to COVID-19 in children aged 5-14 (well under 1% of all deaths in that age group). The CDC also acknowledges that most of the children who develop severe coronavirus illness have comorbidities such as obesity, diabetes, asthma, immune suppression, congenital heart disease, or genetic, neurologic, or metabolic disorders.

Under the circumstances, it would not be surprising if many parents questioned the need to add an experimental COVID-19 vaccine to their young ones’ already top-heavy vaccination schedule. It would also be understandable if parents were beginning to rethink the wisdom of flu shots. Numerous studies over the past decade, including in children, have indicated that influenza vaccination increases the risk of subsequent acute respiratory illness, and a 2020 Pentagon study showed a 36% greater risk of coronavirus infection post-flu shot.

Recognizing the need to build a more solid “bedrock of confidence” among parents, officials have been busy marshaling their counterarguments. All signs point toward the continued use of tactics such as fear appeals (including comparisons of the coronavirus to past “plagues” and warnings that parents will “exponentially” increase their children’s risk of “catching the virus” if they refuse the vaccine), minimization of risk concerns (even as experts admit that “any vaccine can cause an allergic reaction”) and old-fashioned bribery (with the vaccine being held out as the only way to “recover from the financial, emotional and medical burdens that [COVID-19] has caused”).

The true “heroes” of this story, however, are likely to be the parents who recognize these tactics for the soft forms of coercion that they are, and who choose to protect their children rather than sacrifice them on the altar of a disingenuous altruism.