In announcing journalists Maria Ressa and Dmitri A. Muratov will be awarded the Nobel Peace Prize for their ongoing work in the face of those who would end freedom of expression, the Nobel Committee said free press is “a precondition for democracy and lasting peace.” 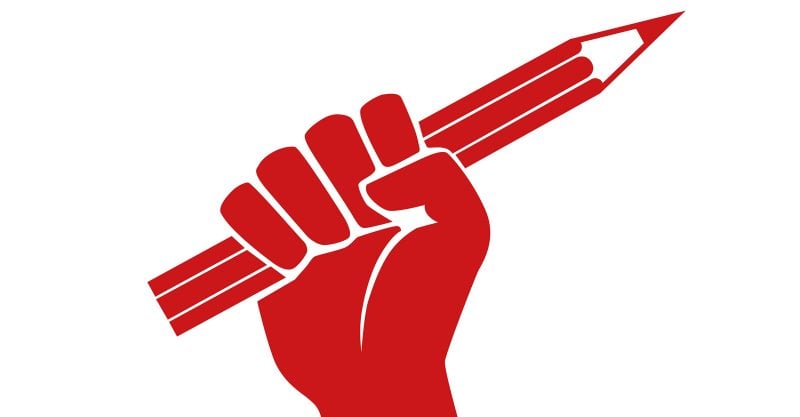 “Propaganda in favor of action dictated by the impulses that are below self-interest offers false, garbled or incomplete evidence, avoids logical argument and seeks to influence its victims by the mere repetition of catchwords, by the furious denunciation of foreign or domestic scapegoats, and by cunningly associating the lowest passions with the highest ideals…” — Aldous Huxley

Journalists Maria Ressa of the Philippines and Dmitri A. Muratov of Russia will be awarded the Nobel Peace Prize for their ongoing work in the face of those who would end freedom of expression.

In the announcement of the prize, the committee declared that a free press was “a precondition for democracy and lasting peace.”

It is painless to look at authoritarian regimes from afar and identify with brave individuals who don’t bend to the hostile and demeaning pressure from government and state-supportive media.

However, as they often do, the Nobel Committee is sending another message around the world with this year’s award.

Intolerance of ideas that don’t conform with government directives, mimicked by a compliant media, is not solely the domain of repressive regimes or fascist dictatorships. There isn’t a country today where freedom of expression has not been threatened.

This includes the United States, where any journalist or writer who contradicts the government injunctions concerning vaccines is deemed an outlaw.

Misinformation on vaccination is defined as anything that doesn’t conform with the talking points supplied by the U.S. Food and Drug Administration and the Centers for Disease Control and Prevention.

This assertion is echoed loudly by media outlets that have shown their loyalty is not to the truth or their viewers, but to the powerful forces that are repressing or manipulating numbers.

The willingness of many reporters to ignore all other sources and analysis makes them complicit in lying to the public — and in driving fear, division and discontent.

The penultimate data supporting the belief of those still entranced by corporate media is that the number of people who have died in the pandemic is gargantuan. Yet ask anyone if they know someone who has died from the virus, or has been hospitalized, and there is usually silence. And if they do know of someone who has succumbed, it is most often an elderly person or a patient with severe pre-existing conditions.

It is also widely known in hospitals, though under-reported in the news, that even if the primary cause of death was unrelated, any patient who tested positive for COVID-19 is added to the list of those who died from the virus.

In some cases, those killed by wounds or in accidents, where the deceased also tests positive for the virus, have been counted as COVID-19 deaths.

Individual mournful stories of patients who have died are paraded in the press in an attempt to underscore the seemingly objective mortality numbers or promote vaccination.

The accounting of those who died from the virus is at best flawed, more likely it has been shaped to support a coercive agenda.

For those who receive only this and other skewed information, it is difficult to consider their reality is being manipulated. Even observers who feel they are well informed can’t imagine they are within the clutches of a growing nightmare, where the mainstream press can’t be trusted.

They blindly accept the degradation of anyone who contradicts their favorite newscasters.

Thus the repression of those who attempt to provide alternative perspectives and explanations is increasing, even as doubts about vaccine efficiency and safety can no longer be squelched.

The Nobel Committee is not blind to censorship or how information is manipulated for the sake of an agenda. The current misuse of data and attempts to stifle those who report any contradictory details on the pandemic is an important message included in this year’s Nobel Peace Prize.

The award to this year’s peace laureates is a welcome recognition of the dangers we face in how information is reported — and a warning to those who manipulate the public by denigrating anyone with differing views.

Hopefully, reporters who demonize dissenters will recognize they are complicit in the destruction of a truly free press, and by being so, participate in their own demise.