The study, announced one day after UK researchers identified polyethylene glycol (PEG) as the compound that triggered a woman’s allergic reaction to the Pfizer vaccine, specifically excludes individuals most likely to develop anaphylaxis, those with PEG allergies and autoimmune disorders. 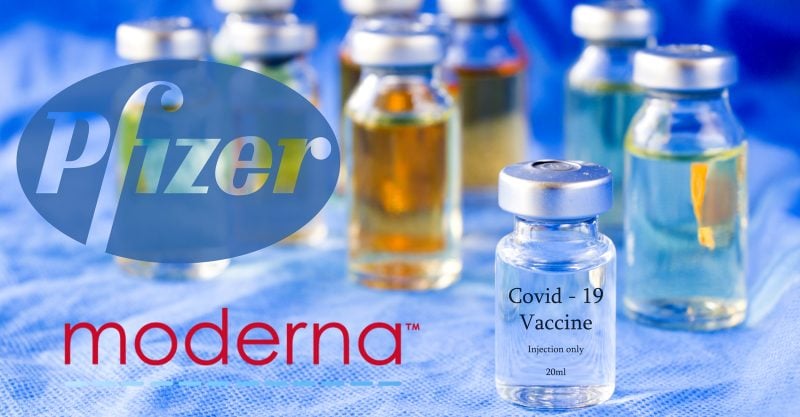 More than four months into the rollout of the Pfizer-BioNTech and Moderna vaccines in the U.S., health officials launched a clinical trial to study allergic reactions to the vaccines.

The National Institute of Allergy and Infectious Diseases (NIAID) announced the trial April 7, one day after researchers in the UK published a study confirming polyethylene glycol (PEG), a compound in the two vaccines, caused the anaphylactic reaction experienced by a woman who received the Pfizer vaccine.

However, a close look at the NIAID trial guidelines reveals the study excludes individuals most likely to experience allergic reactions to the vaccines — those with PEG allergies and autoimmune disorders.

On April 6, researchers from the Department of Allergy and Oncology at Cambridge University Hospitals and the National Health Service Foundation Trust in Cambridge, UK, published a research letter in Clinical and Experimental Allergy. The letter — “Polyethylene Glycol (PEG) Is a Cause of Anaphylaxis to the Pfizer/BioNTech mRNA COVID-19 Vaccine”  — confirmed PEG as the culprit in the increasing number of reports of anaphylaxis following administration of the Pfizer and Moderna mRNA vaccines.

The UK researchers conducted a series of skin prick allergy tests on a 52‐year‐old woman who required immediate medical attention after receiving the Pfizer COVID‐19 vaccine. The woman developed throat constriction and a cough followed by loss of consciousness.

The woman told researchers she previously experienced allergic reactions and hives to multiple products including shampoos, conditioners and shower gels containing PEG, and immediate burning of the mouth with toothpastes and mouthwash containing PEG. Prior to her vaccination she was not known to be allergic to PEG.

Under medical supervision, the woman underwent skin prick allergy testing to test the Pfizer vaccine excipients (inert compounds, PEG and polysorbate 80) and the AstraZeneca COVID‐19 vaccine). All skin prick testing for allergy was negative, with the exception of PEG.

The researchers reported that 12 minutes after PEG skin testing the patient developed a systemic reaction with widespread pruritus (itching), urticaria (hives) and coughing with throat constriction. Her blood pressure dropped resulting in the need for emergency treatment  with intramuscular adrenaline, intravenous chlorpheniramine and hydrocortisone. Her blood pressure then improved but coughing persisted, with a drop in oxygen saturation to 85%. This resulted in the need for a second dose of intramuscular adrenaline.

The investigators concluded for the first time that PEG allergy was responsible for a severe COVID-19 vaccine anaphylaxis. They recommended for patients with suspected or proven PEG allergy, mRNA vaccines containing PEG should be avoided, as should vaccines containing polysorbate 80 which is structurally similar to PEG and present in other COVID vaccine formulations.

“The public understandably has been concerned about reports of rare, severe allergic reactions to the Moderna and Pfizer-BioNTech COVID-19 vaccines … The information gathered during this trial will help doctors advise people who are highly allergic or have a mast cell disorder about the risks and benefits of receiving these two vaccines. However, for most people, the benefits of COVID-19 vaccination far outweigh the risks.”

The research is no small undertaking. The NIAID study will enroll 3,400 adults ages 18 to 69 years at up to 35 academic allergy research centers nationwide.

There is no mention of trying to determine what specific ingredient in the mRNA vaccines is causing the allergic reactions, which are hardly rare. In the U.S., 24,841 cases of anaphylaxis following COVID vaccines were reported between Dec. 14, 2020, and April 16 to the Centers for Disease Control and Prevention’s Vaccine Adverse Event Reporting System. Of those, 43% of the reports were attributed to Pfizer’s vaccine, 47% to Moderna and 10% to the Johnson & Johnson vaccine (which contains polysorbate 80, but not PEG).

What is even more concerning about this study is that according to ClinicalTrials.gov, the study excludes the exact people who are likely to have allergic and anaphylactic reactions to the vaccines.

In other words, the study excludes anyone with: a history of a severe reaction to any component of the Pfizer or Moderna COVID vaccines; contact dermatitis with confirmed patch test reaction to PEG or Doxil® (a PEG-containing drug); autoimmune or other disorders requiring systemic immune modulators; and/or or acute urticaria (hives) within 28 days of being enrolled in the study.

It is important to note that in the clinical trials for these vaccines, the drug makers also excluded individuals with a history of severe allergic reactions, which is one explanation for why these adverse events were not recognized prior to Emergency Use Authorization.

A landmark 2016 study published in Analytical Chemistry reported detectable and sometimes high levels of anti-PEG antibodies in approximately 72% of contemporary human samples and about 56% of historical specimens from the 1970s through the 1990s.

Of the 72% with PEG IgG antibodies, 8% had anti-PEG IgG antibodies greater than 500ng/ml., which is considered extremely elevated and a potential risk for severe allergic reactions. The authors of that study concluded that  “…sensitive detection and precise quantitation of anti-PEG Ab levels in a clinical setting will be essential to ensuring the safe use of PEGylated drugs in all target patient populations going forward.”

The document cites research which specifically addresses the need to “adequately understand the risk of anti-drug antibodies … in products with modifications such as pegylation” and states that “information on immune responses observed during clinical trials, particularly the incidence of anti-drug antibodies induction or any implications of ADA responses affecting pharmacokinetics, pharmacodynamics, safety, or efficacy is crucial for any therapeutic protein product development program.”

It is mystifying how a never-before-utilized vaccine technology that contained a synthetic, nondegradable and increasingly controversial polymer (PEG) — known to be associated with adverse immune responses and the development of anti-drug antibodies — was allowed to bypass the bedrock of pharmaceutical development, which is immunological testing.

On Sept. 25, 2020, Robert F. Kennedy Jr., Children’s Health Defense chairman and chief legal counsel, sent a letter to FDA Director Steven Hahn and Peter Marks, director of the Center for Biological Evaluation and Research, with a copy to Fauci, in which Kennedy voiced concerns about the use of PEG in the Moderna COVID vaccine trials, due to the development of anti-PEG antibodies and also because in recent years, PEG has come under increasing scrutiny.

In the letter to the FDA, Children’s Health Defense recommended additional steps be taken to reduce the risk of exposing trial participants to a substance to which up to 72% of the U.S. population may have pre-existing antibodies that could result in life-threatening allergic responses and decreased efficacy of the vaccine.

Unfortunately, the FDA and National Institutes of Health (NIH) refused to consider our science- based recommendations which could have prevented the anaphylactic response to the vaccine experienced by the 52 year old woman and by thousands of others.

Instead of designing a study that excludes the most likely culprit causing these reactions, we call on FDA and NIH to instead do the studies recommended by their own guidance document, as Children’s Health Defense recommended in September 2020 and which should have been done as part of the clinical trials.