Myocarditis and Death After COVID Vaccines: Is the Risk Greater Than Public Health Officials Claim?

If the staggering rates of myocardial injury revealed by numerous studies are causally related to sudden cardiac death, the consequences may be catastrophic. At the very least, causation should be thoroughly investigated. 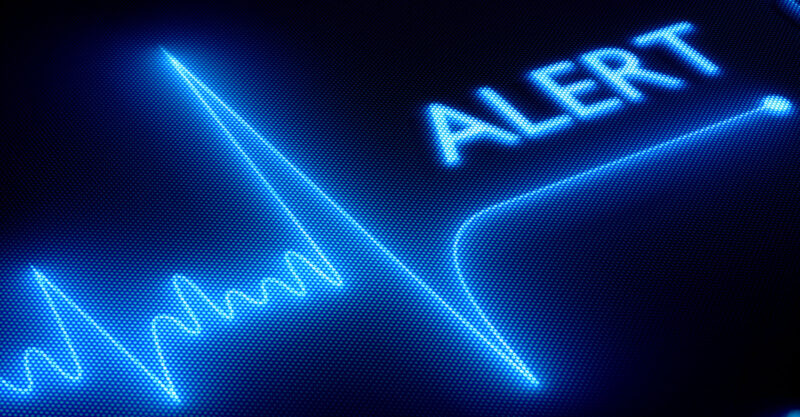 The disingenuous perfunctory refrains of “safe and effective,” “rare side effects” and “generally mild” are presented by public health officials as unquestionable truisms about COVID-19 vaccines, requiring no scientific data to justify them.

In the CDC’s intermediate-term (minimum 90 days) follow-up of myocarditis reports in VAERS published Sept. 21 in The Lancet, the CDC reports, “To our knowledge, no deaths occurred during follow-up among the patients eligible for the survey.”

In public testimony to Congress (at 1:51:52) regarding deaths following COVID-19 vaccination reported in VAERS, CDC Director Dr. Rochelle Walensky stated, “Every one of those [deaths] is adjudicated.”

Using old data from its February ACIP presentation for the Oct. 19 meeting, the ACIP reported, “Most individuals with myocarditis/pericarditis have fully recovered at follow-up.”

However, in its own formal analysis of VAERS myocarditis reports published in The Lancet last month, the CDC reported that 50% still had persistent symptoms at median follow-up of 143 days. Additionally, about a third of patients still had activity restrictions at the time of follow-up.

There are several other published reports of myocarditis deaths after COVID-19 vaccination.

For example, a 22-year-old man who developed chest pain five days after the first dose of the BNT162b2 mRNA vaccine died seven hours later. Histological examination of the heart revealed isolated atrial myocarditis, with neutrophil and histiocyte predominance. Immunohistochemical C4d staining revealed scattered single-cell necrosis of myocytes, which was not accompanied by inflammatory infiltrates. The primary cause of death was determined to be myocarditis, causally associated with the BNT162b2 vaccine.

The results of autopsies for two teenage boys who were found dead in bed three and four days after receiving the second dose of the Pfizer-BioNTech COVID-19 vaccine are also published in a peer-reviewed paper.

In the CDC’s initial analysis of myocarditis reports from VAERS (published January 2022 in JAMA), the agency reports, “At the time of data review, there were 2 reports of death in persons younger than 30 years of age with potential myocarditis that remain under investigation and are not included in the case counts.”

There are 31,569 reports of deaths in VAERS, most of them within 7 days of vaccination: 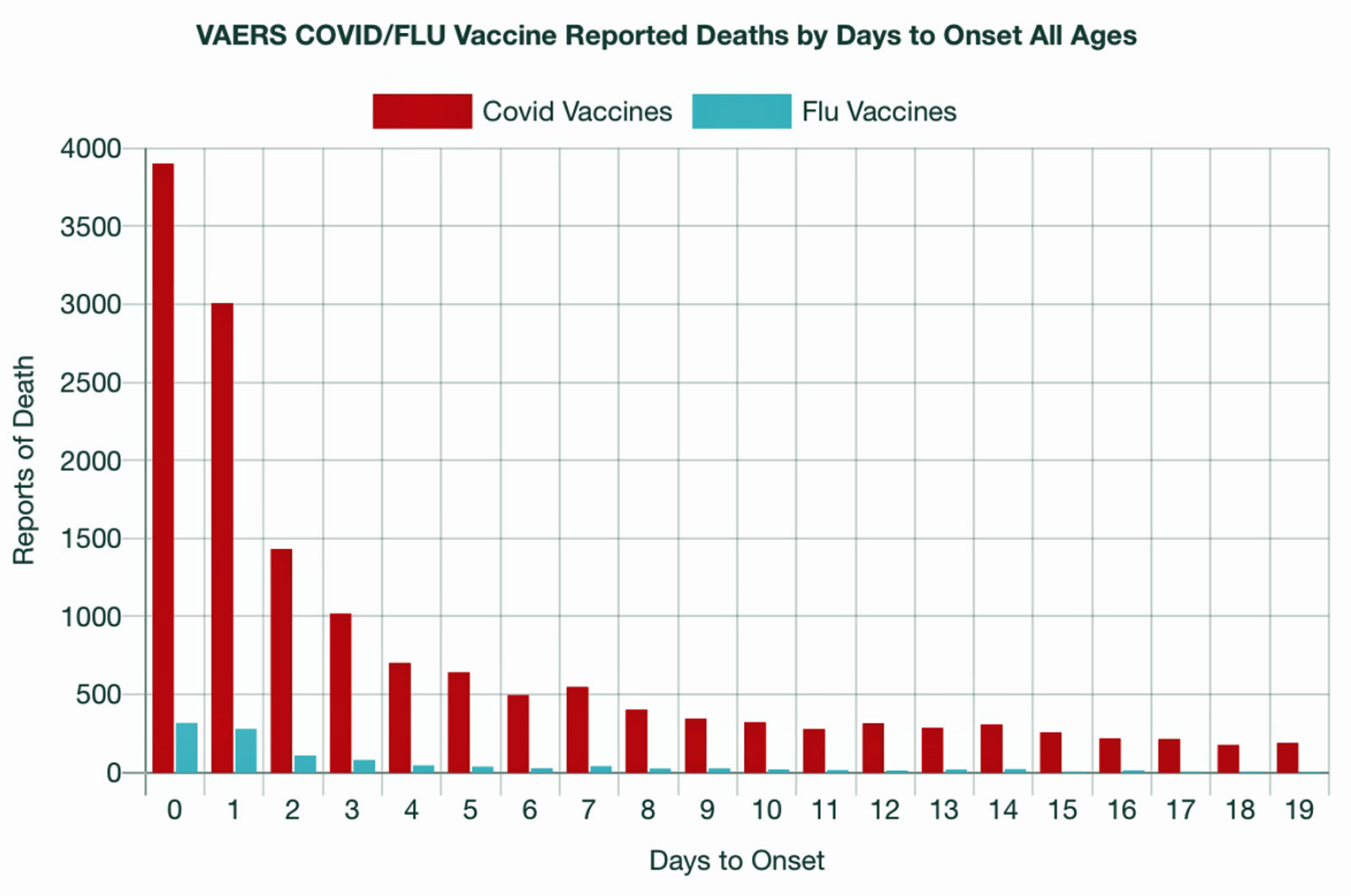 Interestingly, the peak number of deaths reported in VAERS corresponds to the peak doses of vaccine administration (April 2021): 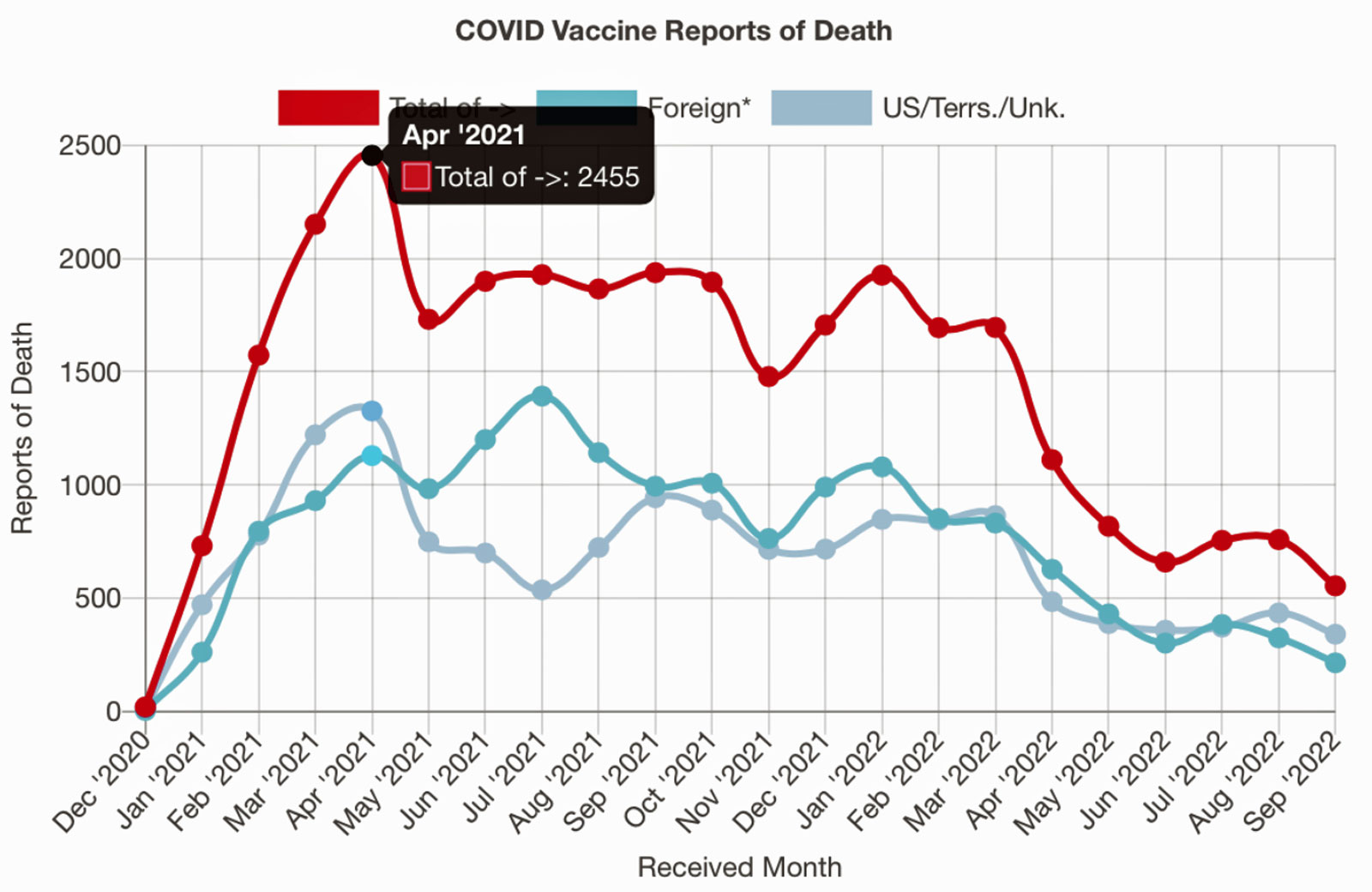 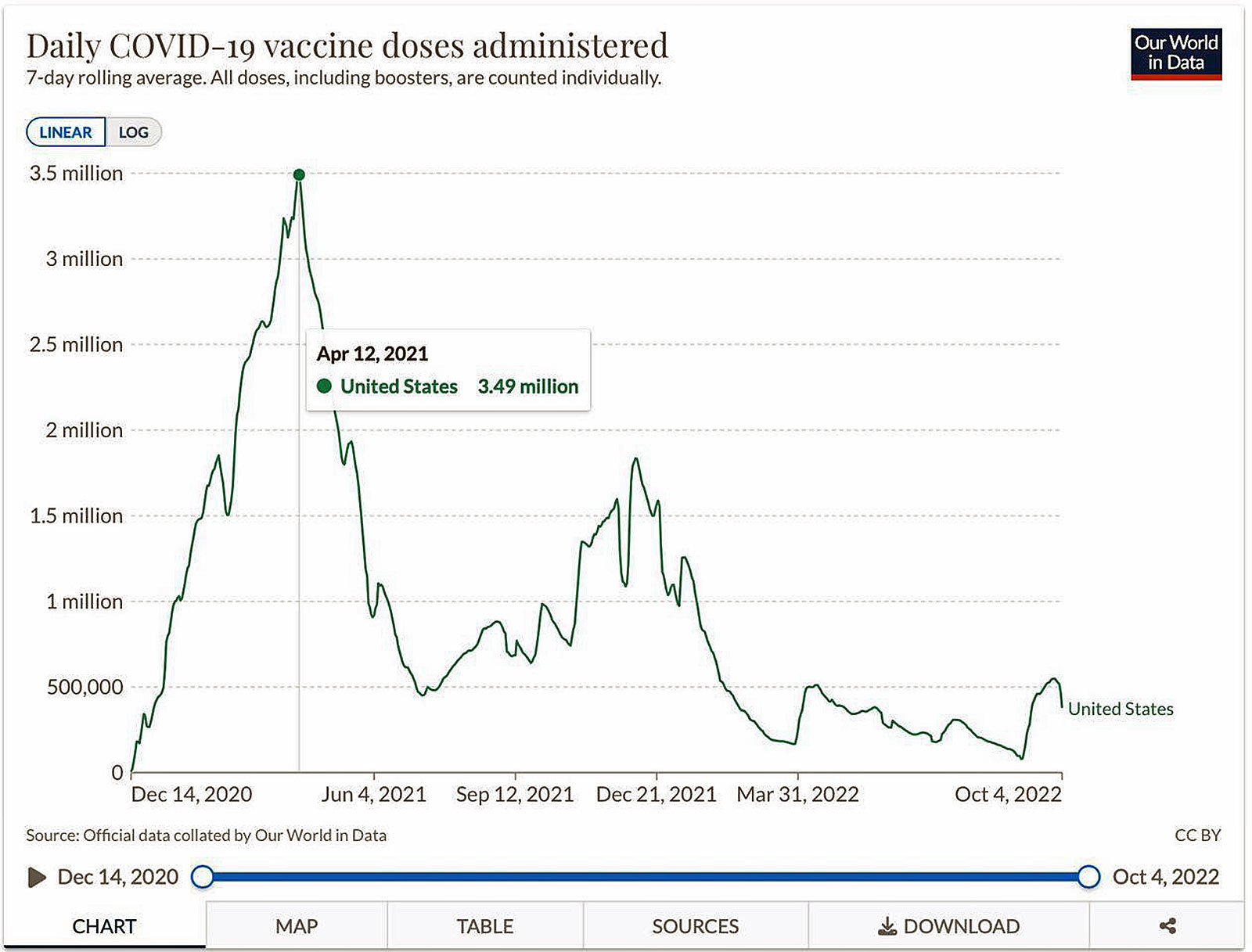 Despite assuring Congress that all deaths are “adjudicated” (a claim Walensky makes at 1:51:52), the CDC has thus far never released any data summarizing and explaining their analysis of death reports in VAERS. In fact, the CDC and FDA refused to release autopsy reports despite a Freedom of Information Act request from The Epoch Times.

If the deaths are not causally related to myocarditis and COVID-19 vaccination, then why have public health officials never released the autopsy findings?

Mounting evidence from around the world of vaccine-induced cardiac injury

The percentages of those who died after myocarditis are staggering and clearly refute claims of “generally mild.” Deaths from myocarditis after COVID-19 vaccination are therefore not unknown to the scientific and medical community.

Anyone active on social media is most certainly reading increased reports of those who “suddenly died.” Many of these are adolescents, young adults and athletes. These anecdotal reports are encountered almost daily.

Prior to the COVID-19 pandemic, an estimated 65-75 athletes died annually of sudden cardiac death. This year alone, there are unofficial reports of more than 500 deaths among athletes.

Are these deaths from myocarditis or other cardiovascular complications of the spike protein found in COVID-19 vaccinations?

An earlier study from Israel published in Nature in April 2022 gives a clue about the increased risk of mortality after COVID-19 vaccination. This study evaluated the association between the volume of cardiac arrest and acute coronary syndrome (ACS) EMS calls in the 16- to 39-year-old population with potential factors including COVID-19 infection and vaccination rates.

ACS occurs when a patient is having a heart attack. An increase of over 25% was detected in both call types during January-May 2021, compared with the years 2019-2020. Notably, the rate increased even compared to 2020, when the COVID-19 pandemic was already widespread.

The Israeli study found that the weekly emergency call counts were significantly associated with the rates of first and second vaccine doses administered to this age group. However, the rates were not associated with COVID-19 infection rates.

“While not establishing causal relationships, the findings raise concerns regarding vaccine-induced undetected severe cardiovascular side-effects and underscore the already established causal relationship between vaccines and myocarditis, a frequent cause of unexpected cardiac arrest in young individuals.”

A population-based study from Japan (recently released as a preprint, not yet peer-reviewed) assessed the “myocarditis mortality rate ratios (MMRRs) after receiving SARS-CoV-2 vaccine compared with that in the reference population (previous 3 years).”

The vaccinated population was 99,834,543 individuals age 12 and older who have received the SARS-CoV-2 vaccine once or twice by Feb. 14. The reference population was defined as persons age 10 and older from 2017 to 2019.

Although BNT-162B2 (Pfizer), mRNA-1273 (Moderna), and ChAdOx1 nCoV-19 (AstraZeneca) were all assessed, it is important to note that 95% of the study participants received BNT162b2 mRNA COVID-19 vaccination.

Previous studies have demonstrated that the risk of myocarditis after COVID-19 vaccination is notably higher in younger males after mRNA-1273 than in BNT162b2.

The study found that the “rates [of myocarditis mortality] were significantly higher not only in young adults (highest in the 30s with MMRR of 6.69) but also in the elderly.”

In other age groups, there was a trend toward higher risk of myocarditis mortality, but this was not statistically significant. The authors concluded that “based on this study, risk of myocarditis following SARS-CoV-2 vaccination may be more serious than that reported previously.”

“This analysis found there is an 84% increase in the relative incidence of cardiac-related death among males 18-39 years old within 28 days following mRNA vaccination,” according to the updated Guidance for mRNA COVID-19 Vaccines (Oct. 7, 2022).

The potential mechanism underlying myocarditis, myocarditis deaths, acute coronary syndrome and cardiac arrest may be explained at the molecular level.

The spike protein (found both in the SARS-CoV2 virus and the COVID-19 vaccinations) enters the tissue cells via ACE2 receptors (mediated by the molecule TMPSSR2). ACE2 receptors are not only located in the lungs but also found abundantly in the cardiovascular system.

Although the precise molecular mechanism is still under investigation, the spike protein is known to be toxic to the myocardium (heart muscle) and endovascular tissue (lining of blood vessels).

Therefore, it should come as no surprise that the spike protein has a predilection for the myocardium and coronary arteries (blood vessels of the heart) causing myocarditis, ACS or cardiac arrest — all of which can be fatal.

Risk of subclinical myocarditis is significant

While many international studies report the rate of clinical myocarditis (those with symptoms) to be approximately 300 per million (or 1 in about 3,333), three separate studies found that more people may have subclinical (i.e., asymptomatic) myocardial injury than is currently reported.

Myocardial injury can be assessed by checking blood levels of a biomarker called troponin. A study of adolescents in Thailand found that 1.3% (1 in 76) of adolescents had elevated troponin after BNT162b2 vaccination.

In a prospective investigation from two Israeli hospitals, an elevated troponin was found in 0.62% (1 in 162) of healthy healthcare workers who received the BNT162b2 vaccine.

An abstract presented at the European Society of Cardiology 2022 Congress reported elevated troponin in 2.8% (1 in 35) of employees of University Hospital Basel, Switzerland, who received an mRNA-1273 vaccination.

While it is important to note that asymptomatic elevated troponin (in the absence of corroborating findings of inflammation on cardiac MRI) is by itself not diagnostic of myocarditis, taken together these three studies strongly suggest the rate of myocardial injury after COVID-19 vaccination may be far greater than currently reported by public health officials.

The duration of risk from spike protein is not yet fully understood. Initially, public health officials insisted the mRNA produced spike protein at the site of injection only for a few hours (or at most days).

The toxic effects of spike protein, therefore, may be lingering for weeks to months after vaccination. While the CDC’s latest recommendations stipulate that everyone should receive repeated boosters (including the new bivalent booster), no study has been conducted to thoroughly evaluate the potential cumulative toxic effect of repeated boosting.

Clinical (symptomatic) myocarditis, acute coronary syndrome and cardiac arrest are all complications of the toxic effects of spike protein on the cardiovascular system. Studies now demonstrate the rate of subclinical myocardial injury (as demonstrated by surveillance troponin assessment) has been reported in three different studies at rates of 1 in 35 to 1 in 162.

If these staggering and stupefying rates of myocardial injury are causally related to sudden cardiac death, the consequences may be catastrophic. While it may be too soon to establish causation with definitive confidence, it most certainly warrants thorough methodical evaluation with autopsy and biopsy with specific techniques to evaluate for spike protein in the heart and major blood vessels.

Finally, because COVID-19 disease has repeatedly been proven to carry a very low risk of hospitalization and death among healthy children and young adults, school and college mandates ought to cease and desist immediately.

Mandated preventable harm is an affront to medical ethics and tantamount to crimes against humanity, no matter how “rare” the CDC repeatedly insists are the severe and fatal side effects. 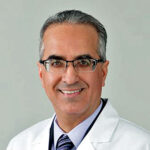