How Masks Make You Sick Instead of Protecting You

Using Centers for Disease Control and Prevention data, no significant differences were found in COVID-19 case growth between states with or without mask mandates, during periods of low or high transmission. 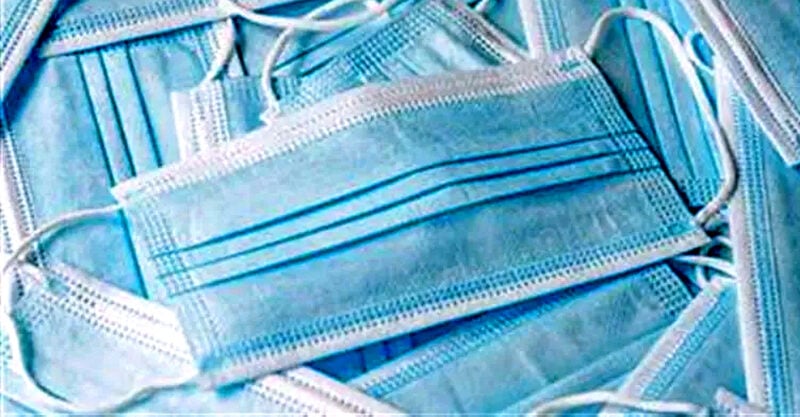 During the COVID-19 pandemic, 80% of U.S. states mandated masks to slow the spread of SARS-CoV-2, but accumulating research shows mask mandates and use do not lower the spread of the virus.

While rules requiring masks did increase compliance, they didn’t translate to lower transmission growth rates, whether the community spread of SARS-CoV-2 was low or high.

Even before COVID-19 was declared a pandemic, mask mandates were put in place without ever properly evaluating the efficacy, but that didn’t stop them from dividing communities and being used as a form of virtue signaling and a visible reminder of compliance with the “new normal.”

Now, with research showing not only that masks don’t protect you but may actually make you sick, the rationale behind their widespread mandated usage must be questioned.

Using CDC data, researchers with the University of Louisville calculated total COVID-19 case growth and mask use for the U.S. No significant differences were found in case growth between mandated and non-mandated states during periods of low or high transmission.

“Surges were equivocal,” they noted, concluding, “Mask mandates and use are not associated with slower state-level COVID-19 spread during COVID-19 growth surges.”

While stating that their findings “do not support the hypothesis that SARS-CoV-2 transmission rates decrease with greater public mask use,” they did note that “masks may promote social cohesion as rallying symbols during a pandemic.”

Similarly dismal results from mask mandates were demonstrated in Europe. A study published in Cureus analyzed data from 35 European countries, including morbidity, mortality and mask usage, over a six-month period.

“Mask mandates were implemented in almost all world countries and in most places where masks were not obligatory, their use in public spaces was recommended …

“These mandates and recommendations took place despite the fact that most randomized controlled trials carried out before and during the COVID-19 pandemic concluded that the role of masks in preventing respiratory viral transmission was small, null, or inconclusive.

“When the data were analyzed, the study also revealed that the widespread use of masks did not reduce COVID-19 transmission. Worse, a moderate positive correlation was found between mask usage and deaths in Western Europe, which “suggests that the universal use of masks may have had harmful unintended consequences.”

As part of the government-sponsored propaganda campaign, a widely cited CDC study, published in October 2021, reported that counties without school mask mandates had larger increases in COVID-19 case rates in children after the start of school compared with counties that had school mask mandates.

The study was used to support school mask mandates, but a team of researchers revisited the research, incorporating a larger sample size and longer study period.

The updated study, published in May, used nearly six times more data compared to the original study and found no significant relationship between mask mandates in U.S. schools and COVID-19 case rates.

According to the researchers:

“We failed to establish a relationship between school masking and pediatric cases using the same methods but a larger, more nationally diverse population over a longer interval.

“Our study demonstrates that observational studies of interventions with small to moderate effect sizes are prone to bias caused by selection and omitted variables. Randomized studies can more reliably inform public health policy.”

On Twitter, surgeon and public policy researcher, Dr. Marty Makary pointed out that the CDC’s original study appeared to include cherry-picked data and the agency refused to publish an update using the more extensive data:

“This study demonstrates how the CDC was cherry-picking data to support their school mask dogma. The article states that CDC’s MMWR journal rejected publishing this re-analysis. Most likely because it exposed the CDC’s salami-slicing of data & use of science as political propaganda.”

It should be noted that a previous CDC study found mask requirements for students had little effect on COVID-19 incidence in Georgia schools, while improved ventilation, such as opening a window, reduced cases more than mask mandates for staff and teachers.

A profoundly important study was conducted by German physician Dr. Zacharias Fögen to find out whether mandatory mask use influenced the COVID-19 case fatality rate in Kansas from Aug. 1, 2020, to Oct. 15, 2020.

He chose the state of Kansas because, while it issued a mask mandate, counties were allowed to either opt-in or out of it.

“These findings suggest that mask use might pose a yet unknown threat to the user instead of protecting them, making mask mandates a debatable epidemiologic intervention,” he concluded.

That threat, he explained, may be something called the “Foegen effect” — the idea that deep re-inhalation of droplets and virions caught on facemasks might make COVID-19 infection more likely or more severe.

“In the “Foegen effect,” the virions spread (because of their smaller size) deeper into the respiratory tract. They bypass the bronchi and are inhaled deep into the alveoli, where they can cause pneumonia instead of bronchitis, which would be typical of a virus infection.

Wearing masks could be related to Long COVID

Fögen explained that wearing masks could end up increasing your overall viral load because, instead of exhaling virions from your respiratory tract and ridding your body of them, those virions are caught in the mask and returned.

This might also have the effect of increasing the number of virions that pass through the mask, such that it becomes more than the number that would have been shed without a mask.

The fact that “hyper condensed droplets and pure virions in the mask might be blown outwards during expiration, resulting in aerosol transmission instead of droplet transmission” is another issue that could make transmission worse instead of better, and the use of “more protective” masks could also backfire, making COVID-19’s long-term effects worse.

“The use of “better” masks (e.g., FFP2, FFP3) with a higher droplet-filtering capacity probably should cause an even stronger “Foegen effect” because the number of virions that are potentially re-inhaled increases in the same way that outward shedding is reduced.

“Another salient point is that COVID-19-related long-term effects and multisystem inflammatory syndrome in children may all be a direct cause of the ‘Foegen effect.’

“Virus entry into the alveoli and blood without being restricted to the upper respiratory tract and bronchi and can cause damage by initiating an (auto) immune reaction in most organs.”

Clear risks of prolonged mask use

Two expert reports spoke out against the use of masks for children in 2021. The first, a psychology report, stated that masks are likely to be causing psychological harm to children and interfering with development.

“The extent of psychological harm to young people is unknown,” the report stated, “due to the unique nature of the ‘social experiment’ currently underway in schools, and in wider society.”

The second report focused on health, safety and well-being, noting potential permanent physical damage to the lungs caused by fibrosis from inhalation of fibrous nanoparticles.

“There are real and significant dangers of respiratory infection, oral health deterioration and of lung injury, such as pneumothorax, owing to moisture buildup and also exposure to potentially harmful levels of an asphyxiant gas (carbon dioxide [CO2]) which can cause serious injury to health,” the authors explained.

Normally, the CO2 then dissipates into the air around you before you take another breath. In the open air, carbon dioxide typically exists at about 400 parts per million (ppm), or 0.04% by volume.

The German Federal Environmental Office set a limit of CO2 for closed rooms of 2,000 ppm, or 0.2% by volume. If you’re wearing a facemask, the CO2 cannot escape as it usually does and instead becomes trapped in the mask.

In a study published in JAMA Pediatrics, researchers analyzed the CO2 content of inhaled air among children wearing two types of masks, as well as wearing no mask.

While no significant difference in CO2 was found between the two types of masks, there was a significant elevation when wearing masks compared to not wearing them.

CO2 in inhaled air under surgical and filtering facepiece masks came in between 13,120 ppm and 13,910 ppm, “which is higher than what is already deemed unacceptable by the German Federal Environmental Office by a factor of 6,” the researchers noted.

Also important, this level was reached after only three minutes, while children wear masks at school for a mean of 270 minutes at a time. Even the child who had the lowest measured CO2 level had a measurement three-fold greater than the closed room CO2 limit of 0.2%.

However, younger children appeared to have the highest CO2 values; a level of 25,000 ppm was measured from a 7-year-old wearing a facemask.

The full consequences of prolonged mask use are only beginning to be understood. The University of Louisville researchers noted, however, that using a mask for more than four hours per day “promotes facial alkalinization and inadvertently encourages dehydration, which in turn can enhance barrier breakdown and bacterial infection risk.”

Other reported adverse effects include:

The U.S. Department of Justice (DoJ) has appealed the court order, however, making it clear that they don’t intend to give up on mask mandates without a fight.

“DoJ’s statement [that it would appeal] is perplexing to say the least and sounds like it comes from health policy advocates, not government lawyers. The ruling by the U.S. District Court ruling is a matter of law, not CDC preference or an assessment of ‘current health conditions.’

“If there is in fact a public health emergency with clear and irrefutable science supporting CDC’s mask mandate, does it not warrant urgent action? Why would DoJ and CDC not immediately appeal?

“HFDF is left with no option but to conclude that the Mask Mandate is really a political matter and not at all about urgent public health issues or the demands of sound science. While DoJ and CDC play politics with Americans’ health and freedoms, HFDF trusts individual Americans to make their own health decisions.

“HFDF is confident that Americans possess ample common sense and education to understand that there are real questions about mask efficacy and risk and that CDC’s policy reflects neither.”