Lisa Shaw, 44, died from vaccine-induced thrombotic thrombocytopenia, a condition that leads to swelling and bleeding of the brain, about three weeks after her first dose of the AstraZeneca vaccine. Studies link AstraZeneca and all three COVID vaccines authorized in the U.S. to blood-clotting disorders. 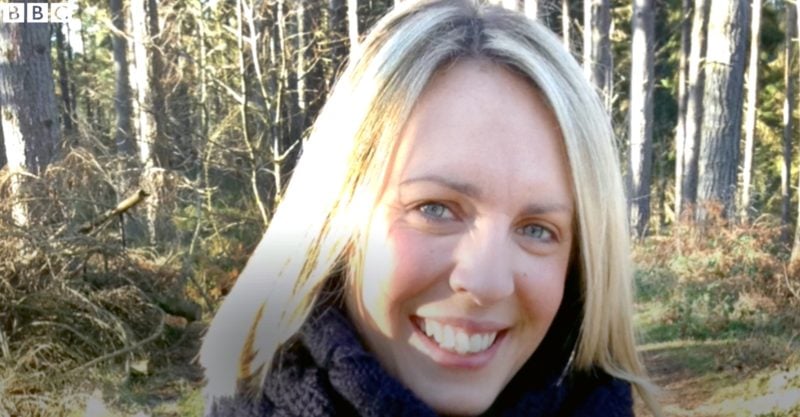 An award-winning BBC radio presenter died as a result of complications from her first dose of AstraZeneca’s COVID vaccine, a coroner concluded.

Lisa Shaw, 44, who worked for BBC Radio Newcastle, died at the city’s Royal Victoria Infirmary in May — a little more than three weeks after her first dose of the vaccine developed by University of Oxford.

According to the BBC, the inquest — a judicial inquiry to ascertain the facts relating to an incident, such as a death — heard Shaw had been admitted to hospital after doctors investigating her complaints of headaches found she had suffered a brain hemorrhage.

Karen Dilks, a senior coroner from Newcastle, said “Lisa died due to complications of an AstraZeneca COVID vaccination.”

Dilks said Shaw was previously fit and well but concluded that it was “clearly established” that her death was due to a very rare “vaccine-induced thrombotic thrombocytopenia” — a condition which leads to swelling and bleeding of the brain, BBC reported.

Tuomo Polvikoski, a pathologist, told the coroner Shaw was fit and healthy before receiving the vaccine. When asked about the underlying cause of the fatal clotting on her brain, Polvikoski said the clinical evidence “strongly supports the idea that it was, indeed, vaccine-induced.”

Shaw, who was referred to during the inquiry by her married name, Lisa Eve, started complaining of headaches a few days after she got the vaccine. She eventually visited a hospital in Durham, where she was diagnosed with a blood clot.

Shaw received her first dose of AstraZeneca on April 29. On May 13 she was taken by ambulance to University Hospital of North Durham after having a headache for several days.

In a statement, Dr. John Holmes, who treated Shaw, said she complained of having a “severe headache shooting and stabbing” across her forehead and behind her eyes.

Shaw was transferred to the Royal Victoria Infirmary where she received a number of treatments, including cutting away part of her skull to relieve the pressure on her brain. She died May 21.

Dr. Christopher Johnson, a consultant in anesthetics and intensive care at the infirmary, said doctors were in a daily conference with a national panel about vaccine-induced thrombotic thrombocytopenia as they were treating Shaw, the condition she was believed to be suffering from.

When asked if he would have changed the treatments given to Shaw, Johnson said: “No.”

Johnson said the National Institute for Health and Care Excellence published guidelines on how to treat the condition in July, and those guidelines matched the treatment Shaw received.

German researchers in May, said they believed they found the cause of the rare blood clots linked to the Johnson & Johnson (J&J) and AstraZeneca vaccines.

The researchers said COVID vaccines that employ adenovirus vectors — cold viruses used to deliver vaccine material — send some of their payload into the nucleus of cells, where some of the instructions for making coronavirus proteins can be misread. This can result in proteins that can potentially trigger blood clot disorders in a small number of recipients.

Other scientists have suggested competing theories for the clotting condition.

Shaw’s death came weeks after the UK’s vaccine advisory panel restricted use of the the Oxford/AstraZeneca vaccine to people over 40, after reports that some recipients with low platelets developed unusual blood clots. Other countries imposed similar restrictions or suspended use of the vaccine entirely.

Jets’ Vinny Curry out for season with rare blood disorder

The New York Jets moved defensive end Vinny Curry to the reserve/non-football injury list on Tuesday, saying the player had an injury that will preclude him from playing for several months.

In a Twitter post, Curry wrote that Jets doctors diagnosed him with a rare blood disorder in July, which led to the removal of his spleen.

Doctors initially thought Curry could return to action in September. However, he developed blood clots and had to go on blood thinners, forcing him to avoid physical contact for the next three to six months.

“While I am incredibly disappointed that I will not be able to play with my teammates this year, I am thankful that the doctors identified my condition in time,” Curry wrote, along with a note to “please keep me and my family in prayer.”

On July 28, 81 players on the Jets’ 90-man training camp roster were vaccinated — putting the team’s vaccination rate at 90%. Robert Saleh, head coach for the Jets, added that the entire coaching staff also was vaccinated.

“I know we’re above-average,” Saleh said on the first day of training camp. “I feel good about where we’re at.”

According to NFL Network’s Tom Pelissero, 85% of players in the league received at least one shot, and 14 of the 32 teams had vaccination rates of more than 90% as of July 27, Jets News reported.

The Defender reached out to the Jets with questions regarding Curry’s vaccination status, but received no response by time of publication.

According to the most recent data from the Centers for Disease Control and Prevention’s (CDC) Vaccine Adverse Events Reporting System (VAERS), between Dec. 14, 2020 and Aug. 13, 2021, there were a total of 8,396 reports of blood clotting disorders following COVID vaccination.

According to the U.S. Department of Human Services (HHS) website, “VAERS receives reports for only a small fraction of actual adverse events.”

The U.S. Food and Drug Administration ended the pause April 23, but added a warning label to J&J’s vaccine to note the potential risk of blood clots.

Officials with the CDC said in May they found a “plausible causal association” between J&J’s vaccine and potentially life-threatening blood clot disorders after identifying 28 cases — including three deaths — among people who received the vaccine, but the agency said the benefits of the vaccine outweighed the risks.

As far back as December 2020, before any COVID vaccines received Emergency Use Authorization in the U.S., scientists warned U.S. regulatory officials that the Pfizer and Moderna vaccines posed a risk for blood clotting disorders.

On Dec. 8, 2020, Harvard-trained physician J. Patrick Whelan, M.D., Ph.D., wrote the FDA about the potential for vaccines designed to create immunity to the SARS-CoV-2 spike protein “to cause microvascular injury and blood clots throughout the body including  the brain, heart, liver and kidneys in ways that were not assessed in the safety trials.”

Since then, numerous studies have linked blood-clotting disorders to all of the vaccines used in the U.S., and also AstraZeneca, not authorized in the U.S. but widely used in the EU.

A study released in July by Oxford University found the number of people who developed cerebral venous sinus thrombosis (CVST) blood clots after COVID vaccines was about the same for Pfizer, Moderna and AstraZeneca.

The Association of American Physicians and Surgeons in June identified 37 cases of people who developed a rare platelet disorder after receiving the Pfizer or Moderna shot, and informed the FDA that mRNA vaccines, through spike proteins, may have “the potential to cause microvascular injury [inflammation and small blood clots called microthrombi] to the brain, heart, liver and kidneys in ways that were not assessed in the safety trials.” The FDA never responded.

Also in June, Israeli researchers with the Institute of Hematology at Shamir Medical Center said they discovered a link between Pfizer’s COVID vaccine and thrombotic thrombocytopenic purpura (TTP), a rare blood disease.

The scientists said they began researching the possible link after reports of a sudden increase in TTP across Israel — four cases detected in one month compared to two or three cases per year.

A study published in February in the Journal of Hematology examined thrombocytopenia following Pfizer and Moderna vaccination in response to the death of 56-year-old Gregory Michael.

Michaels was a “perfectly healthy” Florida physician who died 15 days after receiving Pfizer’s COVID vaccine when he suffered a hemorrhagic stroke related to a lack of platelets — a condition called thrombocytopenia or acute idiopathic thrombocytopenic purpura (ITP).

After analyzing data researchers could not exclude the possibility the Pfizer and Moderna vaccines had the potential to trigger ITP and recommended additional surveillance to determine the incidence of thrombocytopenia post vaccination.

Dr. Jerry L. Spivak, an expert on blood disorders at Johns Hopkins University, told the New York Times he believed “it is a medical certainty” that Pfizer’s COVID vaccine caused the death of Dr. Gregory Michael.

However, Florida health officials said in April their joint investigation with the CDC did not determine a direct link between Michael’s death and the Pfizer vaccine.

Medical examiners established Michael died of complications from ITP, but officially categorized the death as natural because, according to Darren Caprara, director of operations for the Miami-Dade County Medical Examiner Department, there was “no medical certainty” the vaccine caused Michael’s death.

The Defender has reported on numerous cases of blood clots following COVID vaccination: