“Our goal in the lawsuit was to try to bring about a day when you could eat the fish,” lawyer Bill Matsikoudis told Robert F. Kennedy, Jr. in an interview on “RFK Jr. The Defender Podcast.” 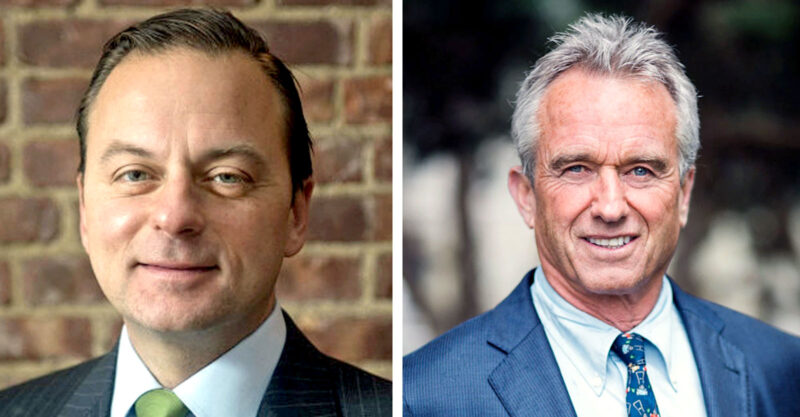 The Tennessee River is like “a sick patient,” according to lawyer Bill Matsikoudis, but it’s on its way to recovery.

In a settlement, 3M was ordered to pay $98.4 million to remediate contamination from its chemical plant along the Tennessee River in north Alabama.

Matsikoudis discussed the case with Robert F. Kennedy, Jr. on the “RFK Jr. The Defender Podcast.”

Kennedy also has prevailed in legal cases against Big Chemical. He was part of the team that took on DuPont in a landmark case that exposed the harm caused by perfluorooctanoic acid (PFOA), a highly toxic man-made chemical used to make Teflon.

After 12 years of litigation, the case settled for $633 million. It became known as the “Dark Waters case” after the 2019 movie starring actor Mark Ruffalo.

“The most important thing we got out of that case was a mandate for the company to do medical monitoring, and to do a real study on the medical implications of having PFOAs in your blood.

“Almost all Americans now have some level of PFOAS in their blood, and once it gets in you, it is there forever.”

The science in Matsikoudis’ case against 3M was based on the medical monitoring data that came out of the Dark Waters case.

3M was “sitting on the Tennessee River for decades and decades, creating these chemicals that have now rendered the fish uneatable, Matsikoudis said. “So … our goal in the lawsuit was to try to bring about a day when you could eat the fish.”

“They didn’t care that they were … poisoning the Tennesee River. They just didn’t care because they could make money by doing it. … My attitude is — clean it up, clean it all up, clean up the last molecule, because you had no permission.

“What you did was illegal. We do not want it in our fish. We own the river. You don’t.”