New York City workers who lost their jobs for refusing the COVID-19 vaccine on Thursday filed a $250 million lawsuit against the city and Mayor Eric Adams. The workers also are demanding their jobs be reinstated and the mandate rescinded. 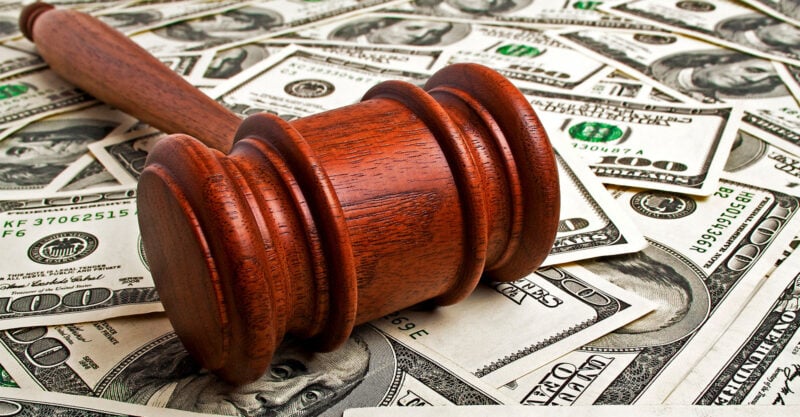 New York City public-sector workers who lost their jobs for refusing to comply with the city’s COVID-19 vaccine mandate on Thursday filed a $250 million lawsuit against the city and Mayor Eric Adams seeking to end the mandate.

The 72 fired workers are demanding the city overturn the mandate, reinstate their jobs and compensate them with punitive damages.

The workers argue the mandate should be found “arbitrary and capricious” given that “President Joe Biden, Governor Kathy Hochul and Senator Chuck Schumer have all declared that the pandemic is over,” and that it was already rescinded for private sector employees and students, according to the lawsuit.

The lawsuit, filed in the Bronx County Supreme Court of the State of New York, also alleges the plaintiffs were discriminated against with “willful or wanton negligence, or recklessness” and were mocked and ridiculed by their colleagues.

Attorney James Mermigis, who represents the plaintiffs, told The Defender:

“Anybody that goes into the city does not have to be vaccinated except for NYC public sector workers, including firemen, policemen, teachers.

“I just think it is absurd, especially once Mayor Adams lifted the mandate for private employees, that these people, who were heroes during COVID-19, still have the mandate.”

According to the lawsuit, Adams admitted, “I don’t think anything dealing with COVID is makes sense [sic], and there’s no logical pathway of what one can do[sic].”

The lawsuit also alleges the COVID-19 vaccines don’t prevent disease transmission and that it is well-established that the risks of vaccination outweigh the benefits.

It also argues the plaintiffs have immunity from prior infection that should exempt them from any mandate, because “the scientific community has conclusively established that natural immunity provides strong and durable protection.”

According to the lawsuit, the city used, “a discriminatory practice to coerce, intimidate, threaten, or interfere with Petitioners in their exercise or enjoyment of their closely held religious beliefs,” by failing to engage in “cooperative dialogue” with them regarding their petitions for religious exemption, which were denied.

“[Punitive damages] punish the city for its behavior towards its employees in the hopes that they will establish policies in the future that will prevent this from happening again,” Mermigis said.

In that case, which Children’s Health Defense (CHD) financed, the court held that the state’s health department lacked the authority to impose the mandate.

In the ruling, Judge Gerard Neri declared the mandate “null, void, and of no effect.”

The court also ruled that the state’s mandate was “arbitrary and capricious” on the basis that COVID-19 vaccines do not stop transmission of the virus, thereby eliminating any rational basis for such a policy.

Commenting on the Supreme Court ruling in favor of healthcare workers, Mermigis said he believes the decision will help the workers’ case against the city.

“It puts less pressure on the judge reading our lawsuit knowing that another judge in New York also eliminated a healthcare vaccine mandate,” Mermigis said.

“It’s historic what Sujata Gibson and CHD were able to do and it’s part of the cascading falling dominoes. It really feels like it’s just a matter of time.

Court of public opinion is shifting

More than 1,750 city workers were fired for refusing vaccination, including 36 members of the NYPD and 950 Department of Education employees, The New York Post reported.

Many of them brought — and won — lawsuits against the city. But the city appealed all of the rulings challenging its vaccine mandate for public employees, The Defender reported.

On Sept. 13, 2022, a Manhattan Supreme Court ruled that unvaccinated NYPD officer Alexander Deletto could keep his job. The city appealed that ruling.

In a Sept. 23, 2022, ruling, Manhattan Supreme Court Justice Lyle Frank reinstated the jobs of several unvaccinated members of the NYPD’s union, the Police Benevolent Association of the City of New York. The city also appealed that decision.

According to Kane, however, the tides are turning — and that could be significant for the lawsuit filed Thursday.

“We are now seven days into the [CHD] victory and there has been no appeal. This is the first case for New York employees that have been fired that has stood for even seven days …

“We are definitely rooting for him [Attorney Mermigis] and hoping he is very successful with the case.”