The Off-Label Drug Bill, which also requires schools to grant parents’ requests for religious exemptions, still has to pass the House and survive a veto by the state’s Democratic governor. 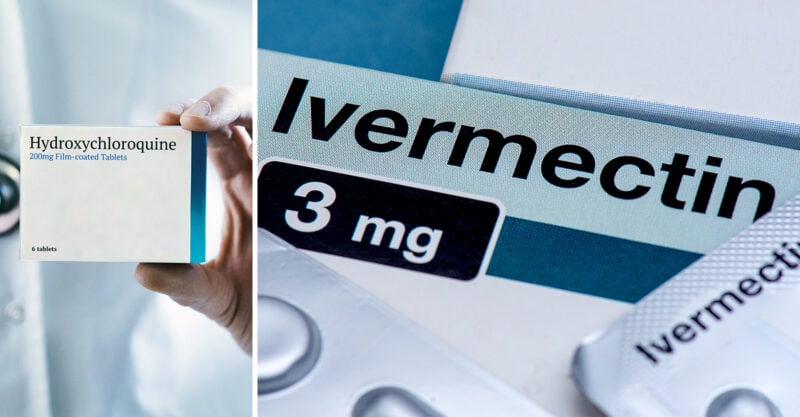 The Kansas State Senate on Thursday voted to allow healthcare providers to prescribe and dispense drugs such as ivermectin and hydroxychloroquine (HCQ) for off-label treatment for COVID-19.

The Off-Label Drug Bill (HB2280) passed by a vote of 21-16. It applies to any U.S. Food and Drug Administration (FDA)-approved drugs that are not controlled substances.

The Kansas bill also would require childcare centers and public schools to grant parents’ requests for religious exemptions from vaccination for their children, “without inquiring into the sincerity of such religious beliefs.”

The bill now heads to the House but is six votes short of the supermajority needed to override a veto from Democratic Gov. Laura Kelly, The Kansas City Star reported.

“I fully believe that this passage of this bill through the Senate will gain national attention and help be a very important part of getting the care to the people who need it,” Sen. Mark Steffen (R-Hutchinson) told the Topeka Capital-Journal.

Many doctors and pharmacists have refused to administer ivermectin as a treatment for COVID — despite studies showing it to be effective — because it is not approved by the FDA for this use.

“Any use of ivermectin for the prevention or treatment of COVID-19 should be avoided, as its benefits and safety for these purposes have not been established,” the agency states.

However, doctors with the Front Line COVID-19 Critical Care Alliance call ivermectin “one of the safest, low-cost, and widely available drugs in the history of medicine.”

Steffen, an anesthesiologist, is under investigation by the Kansas Board of Healing Arts for prescribing ivermectin for COVID. He said he believes thousands of Kansans and hundreds of thousands of Americans have died needlessly because effective treatment protocols have been “shut down” by “propaganda.”

“Studies overwhelmingly show that ivermectin has up to an 85% chance of reducing hospitalizations and death when given early for COVID,” Steffen said.

HCQ has similarly been shunned by most of the medical establishment and remains an unapproved COVID treatment, even though the Centers for Disease Control and Prevention knew as far back as 2005 that the drug was effective against SARS coronaviruses.

Some lawmakers found this troublesome. “With this provision, a doctor can write a prescription for abortion medication under the guise of COVID, and the pharmacist must fill it,” said Cindy Holscher (D-Overland Park).

Kansas is the latest state to address off-label treatments for COVID through legislation. In fact, more than 28 states have proposed or passed legislation either restricting medical board authority, explicitly allowing for the off-label treatment of COVID, or both, according to the Federation of State Medical Boards.

As The Defender reported earlier this month, the New Hampshire House on March 16 voted to allow sales of ivermectin as a treatment for COVID in that state.

New Hampshire HB 1022 permits ivermectin to be dispensed by a pharmacist via a standing order, effectively making it available over the counter.

The bill, which still has to be approved by the New Hampshire Senate, also prevents the state’s medical licensing boards from disciplining doctors for prescribing the drug.