"Japanese government’s policy to dump nuclear waste into the Pacific Ocean is not based on scientific or environmental protection principles and has no justification." 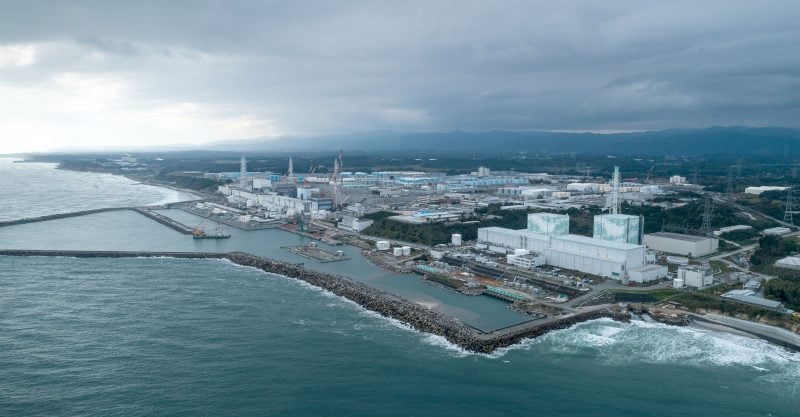 Greenpeace sounded the alarm Friday over the Japanese government’s plan to release stored water from the ill-fated Fukushima nuclear plant into the Pacific Ocean. The environmental groups released a new report warning about the presence of carbon-14, which the group says “has the potential to damage human DNA.”

The warning laid out in a new report says the government and plant operator TEPCO’s controversial plan — which has been under consideration for some time — is founded on “a series of myths” and pursues the cheapest option to get rid of the water over what is best for human and ecological health.

The plan allows “the government [to] create the impression that substantial progress is being made in the early decommissioning of the Fukushima Daiichi reactors,” Greenpeace says.

In its “Stemming the Tide 2020” report Greenpeace argues: The reality of the Fukushima radioactive water crisis, that the planned release of the water “will have serious, long-term consequences for communities and the environment, locally and much further afield.”

“Nearly 10 years after the start of the disaster, TEPCO and the Japanese government are still covering up the scale of the crisis at Fukushima Daiichi,” said Shaun Burnie, author of the report and senior nuclear specialist with Greenpeace Germany. He further accused the entities of having “deliberately held back for years detailed information on the radioactive material in the contaminated water.”

Beyond the remaining radioactive material tritium in the water, an additional problem is the presence of high levels of carbon-14, which belies the government’s assertion that the water is not “contaminated,” said Greenpeace.

“Contrary to the understanding of the Japanese government, water that contains large quantities of radioactive carbon-14 (as well as the other radioactive isotopes including strontium-90 and tritium) can only be described as contaminated.”

Burnie said that TEPCO and the Japanese government “have failed to explain to the citizens of Fukushima, wider Japan and to neighboring countries such as South Korea and China that the contaminated water to be dumped into the Pacific Ocean contains dangerous levels of carbon-14. These, together with other radionuclides in the water will remain hazardous for thousands of years with the potential to cause genetic damage.”

“It’s one more reason why these plans have to be abandoned,” said Burnie.

The report puts some of the blame on TEPCO’s decision to rely on its Advanced Liquid Processing (ALPS) technology that the operator should have known was incapable of bringing concentrations of radionuclides down to acceptable levels.

Rather than quickly moving to dump the water into the ocean, the Greenpeace report says the government should pursue “continued long-term storage and processing of the contaminated water.”

“There is no technical, engineering, or legal barrier to securing additional storage space for ALPS-treated contaminated water. It is a matter of political will,” said Burnie.

“The policy of the Japanese government to dump nuclear waste into the Pacific Ocean is not based on scientific or environmental protection principles,” he said, “and has no justification.”