A group of Indiana University students on Tuesday appealed a federal judge’s ruling denying their motion to put the university’s COVID vaccine mandate on hold pending the outcome of a federal lawsuit they filed last month. 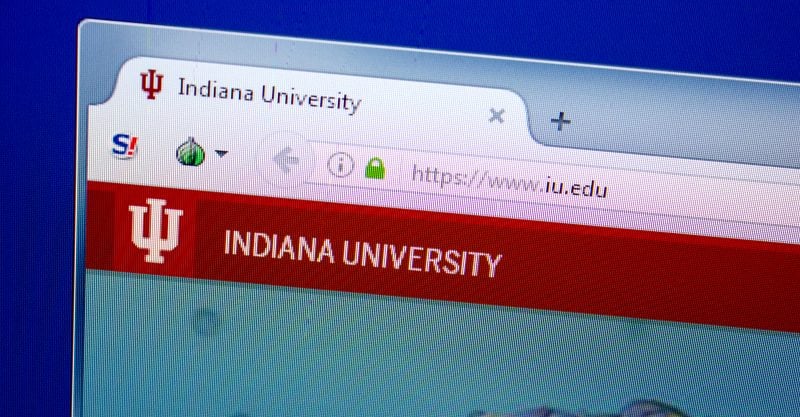 A group of Indiana University (IU) students on Tuesday appealed a federal judge’s ruling denying their motion to put the university’s COVID vaccine mandate on hold pending the outcome of a federal lawsuit they filed last month.

The students also asked the district court to prevent the university from enforcing the mandate while the appeal is pending.

In a hearing on the preliminary injunction Monday, the district court found the students’ constitutional rights were at issue, but failed to acknowledge these rights were fundamental.

Judge Damon R. Leichty of the U.S. District Court for the Northern District of Indiana said he weighed individual freedom against public health concerns in his ruling.

According to the New York Times, Leichty’s ruling appeared to be the first case in which a university’s coronavirus vaccine requirement has been upheld. Yet in delivering the ruling Leichty expressed his personal misgivings, citing individual freedom and self-determination.

“Somebody could point to ‘a certain Emersonian self-reliance and self-determination as preference — an unfettered right of the individual to choose the vaccine or not,’ Judge Leichty, who was appointed by President Donald J. Trump, wrote in his ruling. But he added that judicial restraint was required to avoid ‘superimposing any personal view in the guise of constitutional interpretation.”

The university released a statement on the ruling:

“A ruling from the federal court has affirmed Indiana University’s COVID-19 vaccination plan designed for the health and well-being of our students, faculty and staff. We appreciate the quick and thorough ruling which allows us to focus on a full and safe return. We look forward to welcoming everyone to our campuses for the fall semester.”

While the lawsuit can proceed, the ruling denies a motion for an injunction on the policy for the fall semester unless the appellate court overturns the ruling.

In May, IU announced it would require all students, faculty and staff to receive COVID vaccinations before they could return to campus for the fall semester, with stringent and limited exemptions to the mandate for those with religious or medical exemptions.

Even those students granted an exemption are subject to rigorous extra requirements, regardless of why they received an exemption, The Bopp Law Firm, which is representing the plaintiffs, said in a press release.

Those who are granted an exemption have to undergo more rigorous COVID rules, including testing and mask-wearing when on campus. Masks are optional for those who are fully vaccinated, Fox 59 reported.

The policy was controversial right out of the gate, with some Indiana lawmakers urging Gov. Eric Holcomb to rescind it. Attorney General Todd Rokita said last month the policy “clearly runs afoul” to state law.

After Rokita’s announcement the school changed the policy from requiring students to upload documentation of their vaccine status to having to fill out an online form, but did not revoke the vaccine mandate.

The eight student plaintiffs who filed the lawsuit against the mandate include two incoming freshmen, two incoming sophomores, a senior, an incoming first-year law student, a student pursuing a master’s degree in business administration and a doctoral candidate, CNN reported.

Six of the students have received exemptions based on religious beliefs. The other two don’t qualify for exemptions, the lawsuit says. Several of the plaintiffs also object to mask requirements and other measures for unvaccinated students.

“They’re suing because they’re being stripped of their constitutional rights to make medical treatment decisions for themselves and to protect their own bodily integrity. After all, they are adults and they would like to weigh the risks and consequences of taking the vaccination or getting COVID.”

The Bopp Law Firm filed the lawsuit on behalf of IU students in the U.S. District Court in Indiana challenging IU’s mandate to preserve the students’ rights to bodily integrity and autonomy, due process and the right to consent to medical treatment.

The students sought a temporary injunction to stop the mandate from going into effect, and asked the school to make public documents, which IU has so far kept secret, revealing why IU mandated COVID vaccinations for all IU students, and how COVID infections and vaccinations have affected the university.

Bopp’s team submitted a public records request to IU asking for the same documents, but no documents have been released.

The firm representing the students said if the court sides with IU’s delaying tactics, it is likely the court would not be able to render a decision on plaintiffs’ constitutional claims until after school starts, forcing students to suffer the consequences of their refusal to obey IU’s measures.

The “students believe their right to bodily integrity and bodily autonomy are so fundamental that IU should have to meet a high bar, justifying why such extreme measures are necessary, something IU has not done,” the attorneys wrote.

If this high standard is employed — which students have asked the district court to do and will ask the Court of Appeals for the Seventh Circuit to do — they’re confident their claims will succeed, the law firm stated.

College students across the country, not just in Indiana, are facing tough decisions, as a growing number of colleges and universities announce COVID vaccine mandates.

One of those is incoming college freshman Olivia Sandor, who said she lost a $200,000 scholarship to her “dream school” because of the school’s strict vaccine mandate.

Sandor was denied admission to Brigham Young University (BYU) – Hawaii after requesting an exemption due to her high-risk medical history, Fox News reported.

Sandor, whose doctor wrote her an exemption letter, shared her story Monday on “Hannity.” Sandor explained how, after being vaccinated in 2019, she suffered Guillain-Barré Syndrome (GBS) leaving her paralyzed from the waist down for more than a month.

GBS is a rare neurological disorder in which the body’s immune system mistakenly attacks part of its peripheral nervous system — the network of nerves located outside of the brain and spinal cord. GBS can range from a very mild case with brief weakness to paralysis, leaving the person unable to breathe independently.

Earlier this month, the U.S. Food and Drug Administration added a warning label to the Johnson & Johnson COVID vaccine, stating that it could cause Guillain-Barré Syndrome.

After receiving word BYU would require all students to be vaccinated, Sandor’s team of medical providers advised her against getting the experimental vaccine and wrote her a letter of exemption.

BYU denied her admission to the school, despite $200,000 in scholarship Sandor received, blaming the decision on state vaccination mandates.

“I do not want to relapse and have another episode of Guillain-Barré,” she said. “It’s really, truly not worth it to me.”

“Despite what the internet says, I truly believe that the vaccine is not meant for me,” Sandor said. “And if you feel that it’s necessary for you to get vaccinated, then by all means; I have nothing against you. But I do not feel that those with medical exemptions should be pushed to have this vaccine.”

Sandor said she doesn’t “have anywhere to turn” for her future after receiving her denial and losing out on a crucial financial scholarship.

“Because BYU-Hawaii didn’t let us know that this would be mandated until the middle of June, all those scholarships are gone,” she said. “I really don’t know where I’m going to turn or what my next steps are.”

The Defender reported on a number of college-age individuals who have been injured by COVID vaccines, including a 19-year-old college athlete who developed myocarditis after his second dose of the Pfizer vaccine, and a 17-year-old — whose school required the vaccine — who developed myocarditis after his first dose of the Pfizer vaccine.

The Defender also reported on the death of 19-year-old college freshman Simone Scott, who died of complications from a heart transplant she underwent after developing myocarditis following vaccination with Moderna’s COVID vaccine.