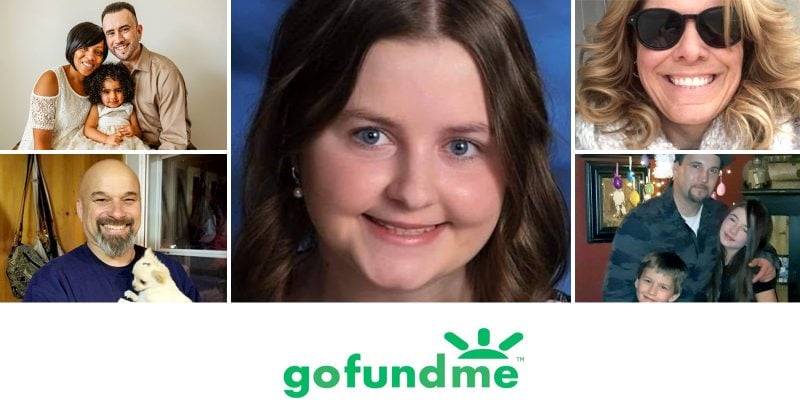 When Burkey was well enough to be transferred from the hospital to a rehabilitation center, her first round of bills totaled $513,000.

Friends of the 18-year-old’s family turned to GoFundMe to raise money to help cover Burkey’s mounting medical costs. As of July 7, more than $59,000 had been raised.

The family hopes most of Burkey’s medical costs will be covered by insurance — but that’s unclear, as the cost of their daughter’s medical care could run into millions of dollars.

“Right now it feels like the national debt,” a family spokesperson said. “It’s so big you can’t get your head around it.”

According to a recent update on Burkey’s GoFundMe page, Burkey is still in intensive rehab, remains in a wheelchair and was able to stand unassisted for the first time July 6 — almost four months after she got the vaccine.

As The Defender reported July 1, research compiled by a group in Mesa County, Colorado, showed as of June 25 there were more than 180 GoFundMe accounts seeking help for people who had suffered injuries after receiving a COVID vaccine and were left with large medical bills and other expenses.

Alicia Smith, 34, is a hairdresser who felt pressured by the media to get a COVID vaccine to make her clients feel safe. After receiving her second dose of Pfizer on April 15 at a Walgreens, she immediately experienced negative side effects, including  swelling, loss of feeling, inability to breathe and symptoms of Bell’s Palsy.

Bell’s Palsy is unexplained facial muscle weakness or paralysis caused by damage to the facial nerve that causes one side of the face to droop. The condition usually resolves on its own within six months, but in rare cases, may be permanent.

A neurologist at Louisiana State University told Smith her symptoms were caused by anxiety and urged her to seek cognitive therapy. Two months after being hospitalized and undergoing rehab, Smith still cannot return to work because of severe uncontrollable body tremors and Bell’s Palsy on the right side of her face.

After Smith shared her story on the Thrivetime Show: Business School without the BS, a friend started a GoFundMe to raise funds for Smith’s medical expenses.

Stacie [last name unknown] is a third grade teacher who developed Guillain-Barre Syndrome (GBS) three weeks after receiving J&J’s COVID vaccine. She went to the emergency room several times after getting the shot because she was experiencing numbness of the lower extremities, but was sent home when tests were inconclusive.

After several weeks, Stacie was able to take a few steps with the aid of a walker and physical therapist. She  was transferred to an intensive rehab facility. A friend started a GoFundMe campaign to raise money for Stacie’s medical bills.

Lakela Thomas started taking medicine for seronegative arthritis on April 1. The next day she received her first COVID vaccine. Within three weeks, Thomas developed severe chest pain, a rash that covered her body, and swollen hands, feet and lips. Thomas spent more than two weeks in the hospital and is now on at least 14 medications.

Doctors believe Thomas is now suffering from several autoimmune conditions, including Steven Johnson Syndrome — a severe medical emergency that affects the skin and mucous membranes associated with oral medications and other vaccines — neuropathy, a severe flare of seronegative arthritis, thrush, and pericarditis and Behçet’s Disease, rare disorder that causes blood vessel inflammation throughout the body.

Almost three months after her COVID vaccine, Thomas has not improved. Her husband started a GoFundMe page to help cover the costs of medical expenses and lost wages, as she is unable to return to work and he must now provide care for his wife and daughter.

Doctors immediately diagnosed Spaulding with Lyme Disease. Treatment was started, but numbness and tingling in his extremities progressed. After doctors initiated tests to determine the cause of the escalating series of symptoms, Spaulding was diagnosed with GBS.

After he was stabilized, Spaulding was sent to a rehabilitation hospital. As of June 29, he was back in the hospital for an infection and blood clots. He lost almost all progress he made during his initial round of rehabilitation.

According to his GoFundMe, Spaulding is still unable to walk and muscle weakness and pain are his constant companions. He is fighting to regain the mobility and feeling he lost due to the GBS brought on by the COVID vaccine.

On May 25, Freddy [no last name provided], a self-employed roof contractor with two children, suffered an immediate and severe reaction to Moderna’s COVID vaccine. Within 15 minutes of vaccination, he lost feeling in the left side of his body, developed a rash and experienced swelling in his hands and feet. He was treated on site by paramedics and sent home.

The next night Freddy began experiencing heart palpitations and atrial fibrillation, and stopped breathing. He was transferred to the hospital for heart monitoring.

On June 22, Freddy was taken by ambulance to the hospital again after he stopped breathing, experienced massive tremors in his leg and was unable to move.

As The Defender reported July 1, as of June 1, CICP reported 869 pending cases but offered no further information.

Under the CICP program, attorney fees are not covered. There is no court, judge or right to appeal.

Since the CICP program’s inception in 2010, only 29 claims have been paid, with an average payout of around $200,000. The other 452 claims (91.4%) were denied. Ten claims won approval but were deemed ineligible for compensation.