A Mississippi man remains in critical condition, can’t walk, talk and is paralyzed on one side of his body after suffering a stroke hours after being vaccinated with Johnson & Johnson’s COVID vaccine. Family believes “without a doubt” the vaccine caused the stroke. 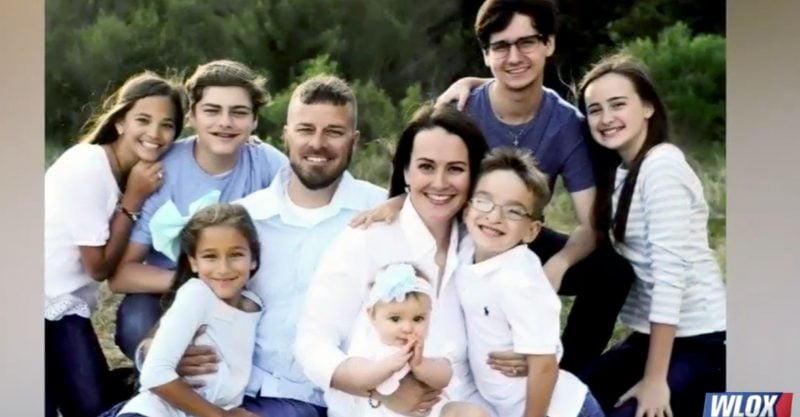 A healthy 43-year old man in Mississippi suffered a stroke hours after being vaccinated with Johnson and Johnson’s (J&J) COVID vaccine. Brad Malagarie, father of seven, had received the vaccine a little after Noon and was found unresponsive by co-workers at his desk, WSAZ News Channel 3 reported.

“They called me and said he had that vaccine and something is wrong, we think it’s a stroke,” said Celeste Foster O’Keefe, Malagarie’s aunt and boss.

Malagarie was rushed to the hospital and diagnosed with a stroke after a blood clot had lodged in his left middle cerebral artery. O’Keefe said the family believes without a doubt that the vaccine caused the stroke.

“He’s a young, healthy 43-year-old, and I immediately thought it, and I said be sure to tell the doctors he took that J & J vaccine and that, to me, is what caused his stroke,” she told WSAZ.

O’Keefe said her nephew’s only health issue before the vaccine was high blood pressure, which was controlled with medication. One week after receiving the vaccine Malagarie remains hospitalized at Ochsner’s Medical Center in New Orleans and is in critical, but stable condition.

“He can’t talk now and he can’t walk. He’s paralyzed on the right side. He knows who we are and he will just cry when he sees us,” O’Keefe said.

Doctors don’t know Malagarie’s prognosis for recovery yet but said it will likely take at least a year of rehab after he leaves the hospital, the local TV station said.

On Tuesday, the Centers for Disease Control and Prevention (CDC) and U.S. Food and Drug Administration (FDA) paused J&J’s vaccine after rare blood clots were reported in those recently vaccinated.

All six reported cases in the U.S. occurred among women aged 18-48 with symptoms developing six to 13 days after vaccination, according to a statement issued by the FDA and CDC.

One vaccine recipient died and her death is being investigated by the CDC, Virginia state officials said in a statement Tuesday. Another woman is in critical condition. A CDC official said two of the six patients have been discharged and three remain hospitalized.

Wednesday, J&J disclosed two more cases of blood clots — one that occurred in a 25 year-old-man who suffered a cerebral hemorrhage during a clinical trial and another case of deep-vein-thrombosis in a 59-year-old woman.

The CDC’s Advisory Committee on Immunization Practices met Wednesday and decided to postpone a vote on whether to lift the pause on the J&J’s COVID vaccine, effectively extending the pause pending further analysis of data relating to blood clots in people who received the vaccine. The committee said they would meet again in one week to 10 days to vote on whether or not to lift the pause.