The Cassandras Were Right: The ‘Cure’ for COVID — a Global Takedown of the 99% — Has Proven Far Worse Than the Disease

Early in 2020, shocked citizens and social scientists predicted the widespread imposition of extreme “non-pharmaceutical interventions” in response to COVID would prove to have horrible and costly human and economic trade-offs — turns out they were right. 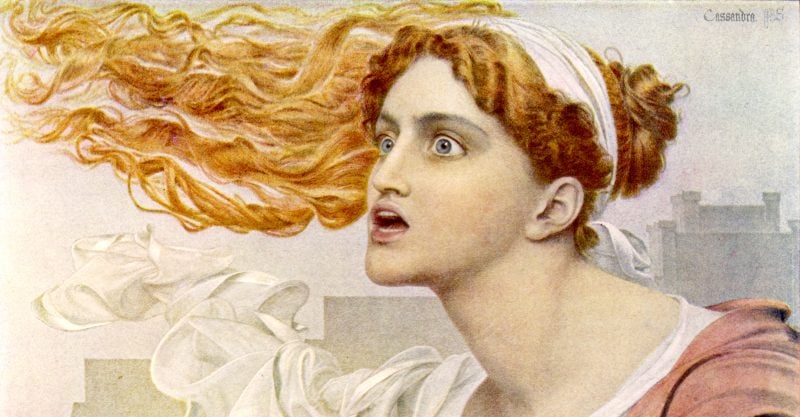 In early 2020, when authorities in China implemented — overnight — a draconian “lockdown” of 100 million citizens in response to reports of a new virus, the rest of the world little suspected that in short order, the same unprecedented home incarceration policy, along with a host of other “non-pharmaceutical interventions” (NPIs) would be coming soon to a locality near them.

Never before have so-called NPIs — which the Centers for Disease Control and Prevention (CDC) also euphemistically refers to as “community mitigation strategies” — so aggressively taken center stage during a declared disease outbreak.

In the U.S., the five most adopted state-level COVID NPIs have been state-of-emergency orders, bans or limits on social gatherings, school closures, business restrictions (notably, restaurants) and stay-at-home orders.

Early in 2020, shocked citizens and social scientists predicted the widespread imposition of these “extreme measures of unknown effectiveness” would prove to have horrible and costly human and economic trade-offs.

To reinforce the warnings, some pointed to Korea’s experience with Middle East respiratory syndrome (MERS) in 2015, when thousands of school closures, widespread event cancellations and large-scale restrictions on freedom of movement cost the Asian nation $10 billion and an economically damaging 41% drop in tourism.

Noting the disproportionately harsh socioeconomic impact for an illness for which “the numbers of infections and deaths … were smaller than the numbers of those from tuberculosis or seasonal influenza,” a preventive medicine expert who chronicled the Korean fiasco observed, “the people who undertake the costs incurred by movement restriction are not the same people who benefit.”

A similar observation can be brought to bear on the prevailing COVID situation. Eighteen months in, most of the world is still being subjected to an endless Groundhog Day loop of dystopian restrictions (with a virus hardly even needed as justification anymore), while global elites widen the wealth gap to obscene levels and steadily consolidate technocratic controls.

At this juncture, there is little doubt the Cassandras who had the foresight to call out COVID-related NPIs as a “colossal public health calamity” and totalitarian threat are being vindicated — in spades.

“Lockdowners” have not only managed to replace a century of “public-health wisdom … with an untested, top-down imposition on freedom and human rights,” wrote the American Institute for Economic Research in December 2020, but are openly working to establish “universal social and economic controls” as the new “orthodoxy.”

From all corners of the globe, the data flooding in indicate NPI policies have been particularly disastrous for children.

Consider a bombshell COVID preprint study published in August, in which Brown University researchers provide “suggestive” — and alarming — evidence that NPIs have “fundamentally altered the child health landscape” and are “significantly and negatively affecting infant and child development.”

Calling attention to the extensive ramifications for children of closing businesses, daycares, schools and playgrounds, as well as parents’ increased stress and children’s “reduced interaction, stimulation and creative play with other children,” the researchers reported children born during the pandemic are displaying significantly lower cognitive performance (verbal, motor and overall) compared to children born pre-pandemic.

The researchers’ IQ testing of pandemic babies produced an average score of around 78, versus a mean IQ score that, over the past decade, hovered around 100.

The study’s lead author characterized the findings as “not subtle by any stretch.”

Crash-and-burn of jobs and small businesses

A November 2020 report by the University of Southern California (USC) that examined the impact of mandatory closures and “partial reopenings” found those two NPI variables were “the most influential factor in the economy’s decline.”

USC predicted the two drastic policy measures “could result in a 22% loss of U.S. GDP in just one year and an even greater loss … over two years” — amounting to as much as $4.8 trillion in lost GDP.

Job loss and unemployment are an obvious source of parental stress with direct and trickle-down effects on children.

Thanks to the NPI-facilitated COVID recession, job losses during COVID-19 have had the distinction of being the “deepest ever” and the “most abrupt” compared to past recessions, as well as hitting low-wage workers the hardest.

Although economists reported, as of August 2020, recovery of half of the lost jobs, the most economically vulnerable were far less likely to have regained employment — bad news for children and families already living on the edge.

Even with some job recovery, overall job losses remained in excess of the peak recorded during the 2007–2009 Great Recession.

Small businesses that have the well-deserved reputation of being the “backbone” or “lifeblood” of the American economy have suffered acutely under capricious NPIs. Under current or threatened lockdowns, one analysis of small business hardship concluded, “it is hard for small businesses to find certainty in their operations or finances.”

In the U.S., the impact on restaurants and minority-led businesses has been particularly ferocious.

Before COVID, small businesses were responsible for “more than 41% of net job creation, 45% of GDP and 34% of all U.S. exports.” By June 2021, every single U.S. state had lost more than 25% of its small businesses, with at least four in 10 shuttered small businesses in the hardest-hit states.

Although state leaders assign vague blame to “COVID,” it defies logic to let their policies off the hook. In the 10 states adhering the most strongly to NPI restrictions, from 33% to 44% of small businesses closed (with the exception of Vermont, at 29.6%).

Meanwhile, corporate entities like Amazon and Walmart, which continued operating while smaller businesses were asked to make sacrifices, have scooped up Main Street’s market share and made out like bandits.

The two companies’ founders and largest shareholders took home 56% more profits in 2020 compared to the previous year, but — notoriously stingy with their employees — “shared almost none of it with their workers.”

The best Amazon seems able to do is to offer “up to $80” to frontline employees who get a COVID shot.

Walmart, meanwhile, is telling employees (called “associates”) who do not get COVID vaccines by Oct. 4 they will go one month without pay and will then be terminated if they do not comply.

In 2019, U.S. food insecurity (defined as “a lack of consistent access to enough food for every person in a household to live an active, healthy life”), though still a problem for many, was at its lowest level in more than 20 years.

However, the economic fallout from policymakers’ stay-at-home orders and closure of “non-essential” businesses and schools (including stalled school breakfast and lunch programs) has “upended” that trend.

The organization Feeding America estimates one in eight Americans — and one in six children, as well as one in five black Americans — could experience food insecurity in 2021.

An estimated one in five children went hungry in 2020. Malnutrition in early life can have long-lasting effects on health later in life.

According to Feeding America, the people and households most impacted by the NPI-induced economic crisis were already food-insecure or at risk of food insecurity pre-COVID “and are facing greater hardship since COVID.”

Globally, the economic havoc wreaked by lockdowns and other NPIs has doubled the number of people on the brink of starvation, according to former South Carolina governor and Nobel Peace Prize-winning World Food Programme head David Beasley.

U.S. life expectancy dropped by 1-1/2 years in 2020, falling more in the second half of the year than in the first half.

Putting the startling statistic in context, a CDC representative explained that ordinarily, mortality changes are “rather gradual,” whereas 2020’s drop was precipitate and “substantial.” She noted the CDC does not expect life expectancy in 2021 to “return to what it was in 2019.”

As a direct result of COVID NPIs, studies have pointed to worsening mental health in adolescents and young adults as well as in adults — an effect that manifested almost immediately in spring 2020.

Describing the far greater mental health toll of COVID compared to previous “mass traumas,” one news report acknowledged NPIs eliminated one of the “most effective ways of buffering stress … social connection within a community.”

Interpersonal support is especially vital for youth, so it is not surprising NPI-related measures such as obligatory online instruction and home confinement — as well as worries about meeting basic needs — have been key triggers for youth depression and anxiety.

Data on fatal and nonfatal drug overdoses are starting to reflect the downward mental health trend. For example:

Experts agree the lockdown-related deterioration in mental health could increase suicide rates. They caution, however, that it may take time to ascertain post-NPI suicide trends, noting evidence from previous epidemics suggesting an initial and short-term decrease in suicide “linked to a ‘honeymoon period’ or ‘pulling together’ phenomenon.”

In the UK, however, a July 2020 report highlighted “a concerning signal that child suicide deaths may have increased during the first 56 days of lockdown,” with contributing factors listed as “restriction to education and other activities, disruption to care and support services, tensions at home and isolation.”

Although studies of NPIs are multiplying, they tend to promote NPIs’ “importance and effectiveness … in slowing down the spread of COVID-19” and only begrudgingly acknowledge their “high societal costs.”

An HHS official stated, “there is a lot of amount [sic] of public health information that we need to get out there and it includes how to live your lives, run your offices and businesses in the time of COVID, but it’s also about the flu vaccine and the COVID vaccine…”.

Having the taxpayer-funded agency that has so blithely deployed and enforced NPI wrecking balls give advice on “how to live your lives” is a bit rich.

The real problem that needs attention are the tyrannical policies themselves.