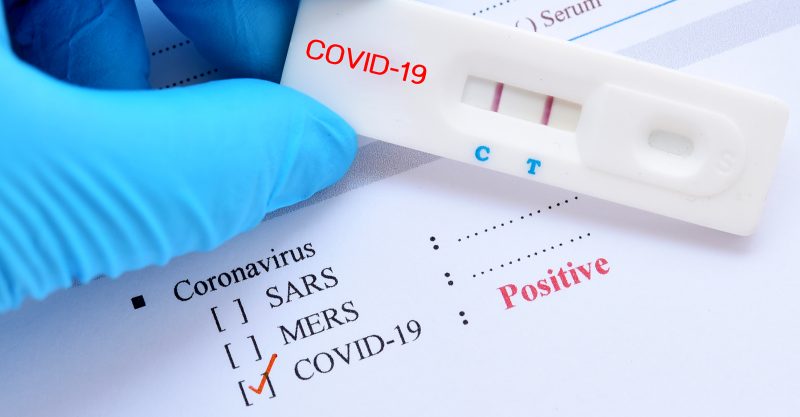 In May, the CDC revised its system for reporting breakthrough cases, stating it would count only those cases that result in hospitalization or death. Previously, the agency had included in its breakthrough count anyone who tested positive for COVID.

Some states follow the new CDC guidance for counting breakthrough cases. Other states continue to report, at the state level, all cases where an individual tests positive, but may choose to report only hospitalizations and deaths to the CDC.

Illinois follows CDC guidance, reporting only on breakthrough infections among those who have been hospitalized or died. The state does not publicize the number of residents who tested positive after being fully vaccinated but did not die or require hospitalization in order to “help maximize the quality of the data collected on cases of greatest clinical and public health importance,” IDPH’s website states.

In Massachusetts, public health officials have tracked 4,450 breakthrough cases, WBUR reported. About 92% of those cases did not result in hospitalization, while 303 people, or 6.8%, were hospitalized, according to Massachusetts Department of Public Health (DPH) data through July 10.

According to NBC Boston, officials in Provincetown — a tourist destination with one of the highest vaccination rates in the state — sounded the alarm after a handful of new COVID cases “overwhelmingly” affecting fully vaccinated individuals were reported in the community in recent days.

Town Manager Alex Morse said July 13, “Overwhelmingly, the affected individuals have been fully vaccinated for COVID-19. The moderate intensity of symptoms indicates that the vaccines are working as predicted.”

According to the state, there were 34 new COVID cases reported in the county in the past 14 days. Health officials said they are closely monitoring the situation.

Despite being fully vaccinated against COVID, more than 656 Alaskans tested positive for the virus between February and June, according to the Alaska Department of Health and Social Services.

About 52% of the Alaska breakthrough cases studied occurred among people who showed symptoms of the virus, while 38% were asymptomatic. For the remaining 10%, it was unknown whether they were exhibiting symptoms.

Of the 200 breakthrough cases Alaska health officials analyzed for a possible variant of the virus, 73 involved a variant of concern, including 54 instances of the Alpha variant and 15 of the Delta variant.

A small number of cases among vaccinated people is expected, health officials said.

In Sitka, Alaska, 18 out of 60 recent breakthrough cases reportedly involved vaccinated individuals. Two of the three cases identified last week in connection with a Southeast Alaska cruise involved people who were fully vaccinated. The outbreak has now grown to 10 cases.

The Foo Fighters’ anticipated return to the stage in Los Angeles was postponed after someone within the organization tested positive for COVID, CNN reported.

The band did not reveal who tested positive.

In June, the Foo Fighters held a concert at Madison Square Garden in New York that was billed as being for a vaccinated audience only. Attendees of the 21-and-over had to show proof of vaccination upon entering the venue.

Yankees general manager Brian ​​Cashman said all three were fully vaccinated, as are most of the players on the team. Among the three who tested positive, two received J&J’s vaccine and the other received Pfizer or Moderna, according to Cashman.

The pitchers are “doing well thus far,” Cashman said, while he declined to comment on the unnamed players until final confirmation of their positive tests are received by the team.

“The vaccines that we encourage everybody to get guarantee not getting hospitalized and not getting death coming from COVID, which is important, but it doesn’t prevent you from contracting COVID,” Cashman said. “It just obviously protects you from the severe worst-case scenario effects from COVID.”

Major League Baseball released a statement saying the postponement was to allow for continued testing and contact tracing.

“Following positive COVID-19 tests within the New York Yankees organization, tonight’s game between the Yankees and the Boston Red Sox at Yankee Stadium has been postponed to allow for continued testing and contact tracing. Major League Baseball will continue to provide scheduling updates as available.”

According to The AP, the Yankees were on the field taking batting practice about three-and-a-half hours prior to the game when the organization asked the media in attendance to leave the field in order to conduct COVID testing.

MLB said in its last announcement June 25 that 23 of its 30 teams had reached 85% vaccinations among players and on-field staff, excluding The Red Sox.

This is the second instance this year of breakthrough cases occurring among some members of the Yankees organization.

Despite high vaccination numbers, the Yankees had more than nine members with positive COVID tests in May involving staff, including pitching coach Matt Blake, third base coach Phil Nevin and first base coach Reggie Willits. Nevin, despite being vaccinated, became seriously ill with a kidney infection that kept him away from the team for more than three weeks, The AP reported.

None of the Yankees’ breakthrough cases were recorded by the CDC, as they did not result in hospitalization or death.