Government Failed to Consider Evidence of Harm, Including to Children, From 5G and Wireless Radiation, Court Rules

In a recent landmark ruling in a case brought by Children’s Health Defense against the Federal Communications Commission, the court ruled the commission’s 1996 health guidelines related to non-cancer harms from 5G and wireless-based technologies were capricious, arbitrary and not evidence-based. 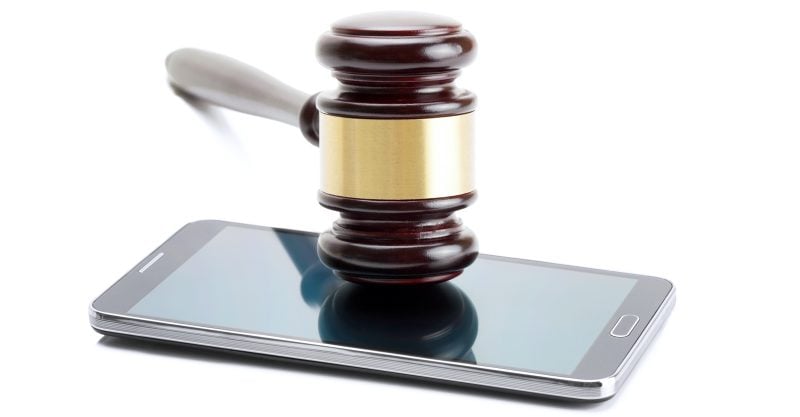 A recent landmark court ruling in a case brought by Children’s Health Defense (CHD) against the Federal Communications Commission (FCC) should concern anyone who uses wireless technology (cell phones, iWatches and Wi-Fi), especially parents of children who use these devices.

On Aug. 13, the U.S. Court of Appeals for the D.C. Circuit ruled the FCC’s 2019 decision that its 1996 guidelines adequately protect the public from non-cancer harms from 5G and wireless-based technologies was capricious, arbitrary and not evidence-based.

In 2019, after an alleged six-year review of the science on the potential harms of 5G and wireless technology, the FCC concluded the evidence showed no harm and therefore its 1996 guidelines are sufficient to protect the public and no review of the guidelines was warranted.

In the U.S., as long as a wireless-based technology complies with FCC guidelines, it is considered safe, and no lawsuit can be filed for injuries.

However, CHD’s case revealed that while the FCC has been pushing 5G and forcing Wi-Fi-based technologies on our children, the safety assurances made by the FCC and the U.S. Food and Drug Administration (FDA) are not supported by evidence. As the court’s ruling indicates, the contrary is true.

The court ruled the FCC failed to engage at the level of reasoned decision-making required from a federal agency. Furthermore, the commission failed to provide an analysis of the evidence showing how it reached its decision.

The FCC’s determination that its health guidelines related to non-cancer harms were adequate, was based on a statement from the FDA and a link to the FDA webpage from 2017. The court ruled that the FDA’s conclusions also were not supported by careful scientific analysis, as required from a federal agency.

During a press conference Aug. 16, announcing CHD’s victory, CHD Chairman Robert F. Kennedy, Jr. said “Those agencies no longer have any interest in protecting public health. They have become sock puppets for the industry that they are supposed to be regulating.”

In order to strengthen the alleged legitimacy of its guidelines, the FCC claimed the guidelines were supported by other government agencies. However, after petitioners refuted this claim, the FCC explained the fact that other agencies didn’t raise any objections was evidence of their consensus.

The court disagreed, ruling that “silence is not consent.”

Following a report by the Government Accountability Office suggesting the FCC should review its 1996 guidelines, in 2013, the FCC opened a Notice of Inquiry requesting comments from the public on whether the commission should initiate a rulemaking to modify the guidelines.

In December 2019, the FCC published its decision (called “order”) that the guidelines were sufficiently protective of public health and required no review.

Consequently, in February 2020, CHD filed the lawsuit (called “Petitioner for Review”) challenging the decision. A similar case was filed by the Environmental Health Trust. The cases were consolidated in the D.C. Circuit and the organizations filed joint briefs.

More than 1,000 comments and extensive evidence of harm from radiation at levels well below the guidelines were filed with the FCC by scientists, medical organizations, municipalities and individuals who have developed sickness from this technology.

The court explained that when reaching a determination, a federal agency must consider the evidence filed by the public, and address important evidence, especially when it contradicts the premise behind the agency’s determination (as it did in this case). The petitioners filed 11,000 pages of evidence showing the extent of evidence the FCC ignored.

The court ruled the FCC failed to meaningfully respond to the evidence filed with the agency, and that this failure also renders the FCC decision arbitrary, capricious and not evidence-based.

Referring to the petitioner’s brief, the court referenced evidence of numerous harms from wireless technology, including radiation sickness (electro-sensitivity), neurological effects, oxidative stress (a causal mechanism of harm), effects on sperm, and effects of prenatal exposure and blood-brain barrier damage, all of which the FCC ignored.

The court emphasized the FCC’s failure to respond to evidence of the effects on children, especially in regard to testing procedures for cell phones. The court stated that extensive evidence was filed.

The evidence includes a letter from the American Academy of Pediatrics, experts’ letters regarding the effects on children, the BioInitiative Report and many studies including a study showing that one year of cell phone use by adolescents can lead to permanent damage to memory and other brain effects.

The FCC guidelines test wireless portable devices for 30-minute exposure from a single device, and consider only heating effects on tissue. The court determined the FCC failed to respond to evidence showing effects that have nothing to do with heat (called “non-thermal harms”), and also failed to consider other factors that may be involved in causing harm, including long-term exposure and pulsation and modulation of the wireless radio frequency signals (two methods of imbuing radio waves with information).

The court stated the FCC also failed to address evidence relating to the effects of developments in wireless technology that have occurred since 1996, including the ubiquity of wireless devices, Wi-Fi and the emergence of “5G” technology.

The FCC’s complete failure to acknowledge and respond to evidence concerning environmental harms was yet another reason for the court’s ruling. The court cited a 2014 letter from the U.S. Department of the Interior voicing concern that radiation from cell towers affects migratory birds and concluding the FCC guidelines are 30 years out of date.

CHD’s lead attorney for the case, Scott McCollough, explained that “as a result of this decision, the FCC will have to re-examine its determination and for the first time meaningfully and responsibly confront the vast amount of scientific and medical evidence showing that current guidelines do not adequately protect health and the environment.”