A division of the National Institutes of Health (NIH) run by Dr. Anthony Fauci allocated $1,836,453 in taxpayer dollars to test an experimental hay fever drug on dogs, rats and mice, according to documents released Monday by the White Coat Waste Project. 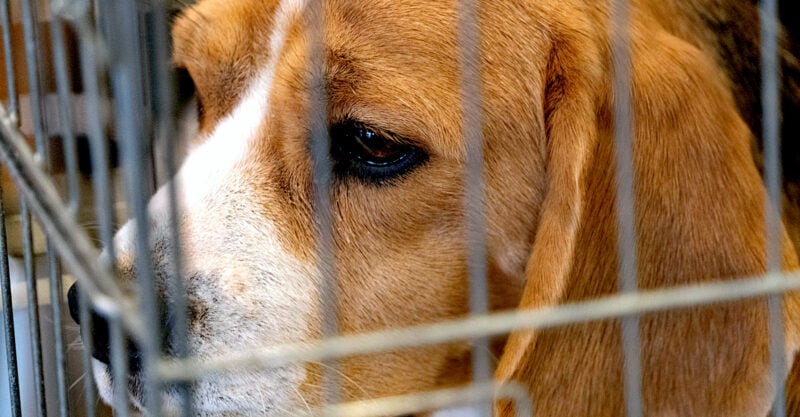 A division of the National Institutes of Health (NIH) run by Dr. Anthony Fauci allocated $1,836,453 in taxpayer dollars to test an experimental hay fever drug on dogs, rats and mice, according to documents released Monday by the White Coat Waste Project.

The nonprofit organization, whose stated goal is to end taxpayer-funded experiments on animals, obtained the documents through the Freedom of Information Act (FOIA).

The FOIA documents show five separate dog experiments are planned — including tests on 6-month-old puppies. Some dogs could be force-fed large doses of the drug for months, the Washington Examiner reported.

Fauci is the director of the National Institute of Allergy and Infectious Diseases (NIAID), the division of the NIH that commissioned the experiments.

The NIAID entered into a contract with Inimmune, a biotechnology company, to conduct the experiments. The contract number is 75N93021C00044, and was effective as of Sept. 1, 2021.

Inimmune’s first quarterly report about the research was due in December 2021, and the final report is due in August 2023.

Inimmune proposed to test the safety and efficacy of the experimental hay fever drug in ragweed-sensitized dogs, and to assess the window of desensitization (relief from hay fever symptoms).

The company also proposed to prepare formulations of the drug, test them on rodents and dogs, and conduct “accelerated and long-term stability studies.”

“Hay fever” is the common term used for allergic rhinitis, an allergic reaction to pollen and other airborne allergens that causes cold-like symptoms, such as a runny nose, itchy eyes, congestion, sneezing and sinus pressure.

Treatment already exists for hay fever, including determining the allergens and then avoiding them, and taking prescription and over-the-counter medications.

The first of the five documents obtained by the White Coat Waste Project and posted online is undated and states Inimmune requested to use guinea pigs instead of dogs: “The reasons for considering the guinea pig model instead of the dog model are: allergic dog availability, time and costs,” the document states.

The White Coat Waste Project followed up to obtain more information, the group said, and noted it is possible the experiments were not yet conducted.

The contract isn’t the first evidence of the NIAID funding experiments on dogs. In October 2021, the White Coat Waste Project reported on what came to be known as #BeagleGate — NIAID-funded experiments on 44 beagle puppies in a Tunisia, North Africa, laboratory.

At the time, a bipartisan group of Congress members wrote to Fauci to express their “grave concerns” about the experiments. The $375,800 experiment involved locking the dogs’ heads in mesh cages while sand fleas bit them, and removing their vocal cords, allegedly so scientists wouldn’t have to listen to them barking.

In their letter, the members of Congress asked Fauci to explain the need for the testing, as the U.S. Food and Drug Administration (FDA) does not require drugs to be tested on dogs.

The White Coat Waste Project documented that drug tests on dogs and other animals are known to be unreliable and wasteful.

The organization estimated 20,000 dogs and puppies are subjected to pain, distress and even death each year to satisfy archaic FDA red tape.

The 3Rs principles — replacement, reduction and refinement — are internationally accepted as the ethical framework for the use of animals in research.

“Replacement” refers to replacing animals with non-animal alternatives. “Reduction” means reducing the numbers of animals used in research. And “Refinement” means changing experimental procedures to reduce pain and distress when animals must be used.

The White Coat Waste Project, which called for reform of the FDA’s process, claims the regulatory approval process for new medicines and vaccines is broken, and reforms would reduce the numbers of animals used in research and taxpayer funding of these unnecessary tests.