The National Institute of Allergy and Infectious Diseases, directed by Dr. Anthony Fauci, last year paid $9.8 million to government researchers to test a monkeypox treatment. Some called the timing "curious" given the recent outbreak of the virus. 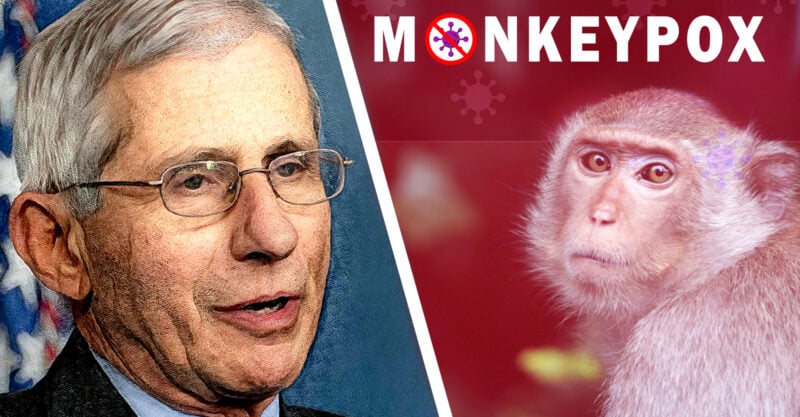 According to the National Institutes for Health (NIH), which oversees the NIAID, the research began Sept. 28, 2020 and will conclude Sept. 27, 2025. Its goal is to carry out a “randomized, placebo-controlled trial of the safety and efficacy of tecovirimat for the treatment of patients with monkeypox virus disease.” It is unclear if the grant provided for any payments in 2020.

The NIAID awarded the grant to the Frederick National Laboratory for Cancer Research, a federally funded research and development center in Frederick, Maryland, supported by the National Cancer Institute.

According to the grant abstract:

“The similarity between monkeypox and the variola [smallpox] virus, coupled with concerns about the potential of the variola virus as a potential bioterrorism agent, have placed monkeypox treatments at the forefront of public health and scientific research agendas in many countries.”

On May 25, SIGA Technologies Inc. announced that it received approval from the U.S. Food and Drug Administration (FDA) for an intravenous formulation of the antiviral tecovirimat (called TPOXX) for the treatment of smallpox.

Although smallpox was eradicated in 1980, the treatment was developed in the event smallpox were to be used as a bioweapon.

As of May 30, the NIH project had not generated any publicly available studies, papers or patents, according to The National Pulse.

The National Pulse called the timing of the grant “curious,” as it comes while pharmaceutical giants including Pfizer and Johson & Johnson are making record-level profits due to the COVID-19 pandemic.

Dr. Lori Dodd, a mathematical statistician in the biostatistics research branch of NIAID, is the project’s principal investigator.

On a recent segment of The Hill’s “Rising,” co-hosts Briahna Joy Gray and Kim Iversen reminded viewers that Dodd was “exposed for her involvement in the agency’s reported data altering of remdesivir trials to make [remdesivir] seem more effective against COVID.”

Iversen and Gray also found the timing of the funding suspicious.

“It could just be coincidental,” said Iversen, “ … but I will say that there is something very suspect about the fact that they started working on identifying treatments for monkeypox in September of 2020. This has been a virus that’s been around since 1970.”

However, Gray said, “in a world where everyone’s certainly concerned about viruses because of COVID-19, maybe the money simply started to flow in the fall of 2020.”

“What’s odd,” responded Iversen, “is that there’s now suddenly an outbreak [of monekypox] and that outbreak is making headlines and it’s spreading all around the world.”

Iversen implied the NIH may be hoping to develop a new treatment for monkeypox as public fear of the disease grows.

As The Defender has reported, others also questioned how unexpected the monkeypox outbreak was after learning about a March 2021 tabletop simulation of a hypothetical deadly outbreak of monkeypox predicted to occur in May 2022.

Some analysts suggested the outbreak may have resulted from gain-of-function research or similar experiments involving the virus.

The National Pulse reported that a February 2022 peer-reviewed study revealed scientists performed a monkeypox-related gain-of-function research project at the Wuhan Institute of Virology in August 2021.