Dr. Zach Bush, a thought leader on the microbiome as it relates to health, disease and food systems, told Kelly Noonan Gores on “The HEAL Podcast,” the pharmaceutical industry owns the educational space and the research directions of academia in “profound” ways. 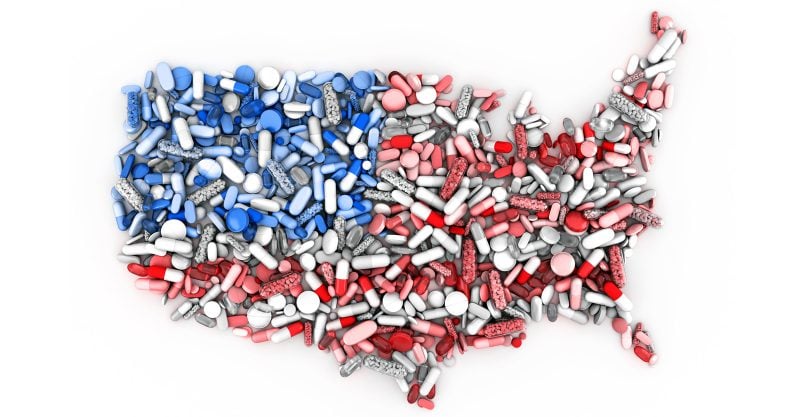 One of the most important lessons Dr. Zach Bush learned while working with patients is that humanity wants to be healthy and well.

What don’t consumers want? Codependency with Big Pharma, Bush said in an interview with Kelly Noonan Gores on “The HEAL Podcast.”

Bush, a physician specializing in internal medicine, endocrinology and hospice care, is an internationally recognized educator and thought leader on the microbiome as it relates to health, disease and food systems.

In his work, Bush highlights the need for a radical departure from chemical farming and pharmacy, and the need to provide a path for consumers, farmers and mega-industries to work together for a healthy future, people and planet.

While in medical school, Bush said it was hammered into his mind this idea that patients are too lazy to get healthy and just want to be prescribed a pill. “We accept that the pharmaceutical toolbox is the only thing that’s going to work,” said Bush.

But the truth is that many patients are willing to make lifestyle changes, they just don’t always have the information on how to do it, said Bush.

When food failed to deliver the clinical outcomes Bush expected in his patients, he began studying food sciences and the nutrients and medicine within food. That led him to understand soil and the nutrient deficiencies caused by genetically engineered crops and pesticides such as Monsanto’s Roundup weedkiller.

Bush said he was “astounded” medicine wasn’t looking at the soil and food systems as the source of our nation’s massive chronic disease epidemic.

“We are surrounded by these chemically saturated pieces of nature. What that chemical [Roundup] does is undermine the plant’s nutritional content. The plant becomes deficient in its mineral content and other things. So, it starts to suffer in its immune system and then you need more herbicides and pesticides to try to support this failing plant in the field that looks green because you’ve pumped a bunch of nitrogen in it, but its biology isn’t working and so you’re having this failing immune system and you become more chemically dependent.”

Listen to the interview to hear Bush discuss how doctors and farmers have been indoctrinated by the pharmaceutical industry, and how to support the regenerative movement to heal the soil and the microbiome of the planet.