If the Serbian tennis star is allowed to stay in the country and compete in the Australian Open, Australia’s prime minister will be acknowledging that his country’s public health policies from the start have been nonsensical in their lack of nuance. 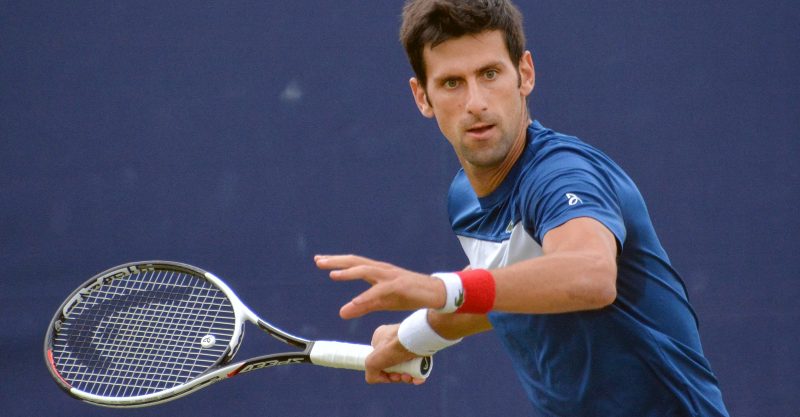 Professional tennis player and World No. 1 Novak Djokovic today was released from detention after winning his court battle to remain in Australia despite being unvaccinated for COVID-19.

However, in court today, government lawyers warned that Australia’s immigration minister could still cancel Djokovic’s visa, which would lead to an automatic three-year ban on his entering the country, The New York Times reported.

Djokovic’s release today is the latest twist in the ongoing standoff between the tennis star and Australian authorities over his eligibility to enter their country.

Djokovic, a nine-time Australian Open champion (a record), arrived in Melbourne’s Tullamarine airport on Jan. 5 to defend his title. The upcoming Australian Open tennis championship is set to begin Jan. 17.

The BBC reported Djokovic was promptly assessed and rejected for entry upon arrival. His visa was canceled on the spot and he was taken into temporary immigration detention on grounds that he had failed to provide evidence he was double vaccinated or had a legitimate exemption to the policy.

Prior to his arrival Down Under, he received a medical exemption from Tennis Australia, the organization responsible for managing the tennis event.

Djokovic initially did not explain the nature of his medical exemption, but later revealed he had tested positive for COVID on Dec. 16, 2021.

According to the Australian Technical Advisory Group on Immunisation’s Expanded Guidance on temporary medical exemptions for COVID-19 vaccines, an exemption can be granted for visa holders in some cases involving a “PCR-confirmed SARS-CoV-2 infection, where vaccination can be deferred until 6 months after the infection.”

However, Australian Prime Minister Scott Morrison told reporters Tennis Australia was advised in a letter as far back as November 2021, that unvaccinated players with a recent COVID-19 infection would not be allowed to enter the country.

Morrison explained that a recent COVID-19 infection, or one in the past six months, was not a valid medical exemption under federal rules.

Djokovic’s story has been the subject of widespread global news coverage.

Tennis fans around the world understand there is more to this story than a player missing a competition — the Australian Open is not just any tournament, and Novak Djokovic is not just any tennis player.

The Australian Open is one of four “Grand Slam” events (Wimbledon, French Open and U.S. Open being the others) that are played each year. They each attract the world’s best players to compete in a grueling two-week, single-elimination competition.

For the majority of professional tennis players, winning a single match at any Grand Slam event is a career milestone. Winning a single Grand Slam title, which requires prevailing in seven successive matches, earns the player an indelible place in the history of the game.

Less than one year later, a supremely gifted young star from Switzerland won his first Wimbledon. That man’s name is Roger Federer. He defeated Australian Mark Philippoussis in the final in a match that marked the beginning of a new era in men’s professional tennis.

The subsequent 18 years have provided a sumptuous smorgasbord of tennis delicacies for hungry aficionados of the sport.

Federer’s wizardry was soon challenged by a ferociously competitive player from Mallorca, Rafael Nadal. Nadal was initially thought to be capable only of challenging Federer’s brilliance at the French Open where the slippery, clay-surfaced courts favored the Mallorcan’s physical play.

Pundits were again proven wrong when Nadal claimed his first Wimbledon championship in 2008, ending Federer’s streak of five straight Wimbledon titles in what many believe is the best championship match in the tournament’s history.

Throughout those years, Nadal and Federer maintained a stranglehold atop men’s tennis, exchanging the top two rankings several times. Few experts believed these two would relinquish the top spots so long as they remained healthy.

In 2008, Djokovic managed to claim his first grand slam title in Melbourne, beating Federer on his way to the championship match. Despite this breakthrough, Djokovic continued to remain relegated to the No. 3 position, as Nadal and Federer racked up Grand Slam championships for several years.

Fast forward to today, the three men are now locked in a three-way tie in Grand Slam titles, each having a stunning 20 victories to his name.

With Federer recuperating from a knee injury and Nadal currently ranked No. 6, top-ranked and defending champion Djokovic is poised to nose ahead of the two players he has been chasing his entire career — if he is allowed to remain in the country.

Winning the most Grand Slam titles in the history of the game is widely considered a prerequisite for earning GOAT (Greatest of All Time) status. Suffice it to say, Djokovic is especially motivated to compete this year.

With this much hanging in the balance, why won’t Djokovic accede to Australia’s demand to get vaccinated? Is it because he doesn’t trust the vaccine’s safety? Or is it something else?

Mainstream media sources claim Australians are outraged at the possibility Djokovic may successfully appeal their government for a medical exemption to their strict two-jab requirement for entry, while unvaccinated citizens have been essentially confined to house arrest for nearly a year.

This would imply that the majority of Australians support the draconian lockdowns. Is this in fact the case? Protests suggest otherwise.

So is Djokovic the heel or the hero?

Evidence suggests Djokovic has a point

Tennis Australia’s opinion that a recent COVID-19 infection should exempt an individual from a vaccine requirement is, in fact, based on current scientific opinion. It is well established that natural immunity is more protective from a subsequent infection than vaccines alone.

Furthermore, there is evidence that vaccination after a recent exposure to SARS-COV2 carries an increased risk for vaccine adverse events.

From a purely evidence-based position, it seems the Australian government’s primary intention is not to protect their citizens but to vaccinate them, apparently at any cost.

Fellow tennis professional, Jeremy Chardy (France), expressed regrets after getting vaccinated earlier this year and suffering serious side effects that forced him to end his season and possibly his career.

There is also mounting evidence that athletes are experiencing a rash of serious cardiac and respiratory problems during competition. The Exposé reported a 278% increase in cardiac deaths among soccer players in 2021, compared to the previous 12-year average.

Individual reports are difficult to validate as the details continue to be suppressed or unreported. However because sports leagues often require vaccination to participate, and their athletes are regularly tested for COVID-19, it stands to reason that if there were an increased incidence of serious cardiac and respiratory events it would be more likely due to vaccination, not COVID-19.

Djokovic admitted he is not an expert in vaccine science but believes vaccination may not be the wisest measure and that the decision should be made freely by the individual and not an authority.

He voiced this position as early as April 2020, when COVID vaccinations were just a potential pandemic solution held by the most optimistic. His opinion is more centered in bodily autonomy and medical privacy.

Whether intentionally or not, Djokovic is serving as an inspiration to health freedom advocates around the world. Could this be the reason why PM Morrison maintains his stance in contradiction to Tennis Australia and the Australian Technical Advisory Group on Immunisation?

Djokovic’s approach to training has drawn skepticism over the years. In 2010, near the end of a three-year period when he failed to reach a Grand Slam final, Djokovic struggled with stamina on the court, retiring from matches with breathing difficulties on several occasions.

He subsequently began eating a gluten-free and vegan diet, employing mindfulness techniques on and off the court and using yoga and other alternative therapies focused on flexibility, strength and recuperation.

The parallels are hard to miss. The media’s attack on his vaccine position is reminiscent of the skepticism held toward his unconventional approach to match preparedness.

Djokovic proved his critics wrong. He began 2011, by winning the Australian Open and then reaching the coveted No. 1 position several months later, racking up an impressive 41-match winning streak in a season considered to be one of the best of all time.

In subsequent years, while adhering to his unconventional training methods, Djokovic appeared in 28 more Grand Slam championship matches — he won 19 of them.

Though media sources may portray the Australian Open’s defending champion as an elite celebrity who believes he is above the rules, Djokovic has not veered from his long-held convictions around personal choice regarding his health.

He has met the tournament’s conditions for a medical exemption, one that is based on current medical evidence. He has so far held his ground and in doing so places increased scrutiny on the legitimacy of the country’s policy concerning public health.

Returning champions are usually treated with dignity and appreciation. Australia, once known for its easygoing attitude and respect for sports figures, has morphed into a totalitarian state.

Djokovic outmaneuvered his opponent in Scott Morrison into a no-win situation. If the Serbian star is allowed to remain in the country to compete, Morrison will be acknowledging that his country’s public health policies from the start have been nonsensical in their lack of nuance.

If Djokovic is expelled, he will have secured something more important than a 10th Australian Open and 21st Grand Slam title — he will have won the hearts and minds of millions around the world who have been protesting the violations of their basic rights including medical privacy and health freedom.

Ironically, Novak Djokovic may end up achieving GOAT status through his mettle and determination off the court.