Diane Ochoa, a 63-year-old cancer survivor, was diagnosed with Guillain-Barré syndrome and chronic inflammatory demyelinating polyneuropathy after her second Pfizer COVID vaccine. She said her vaccine injuries are “far worse” than cancer treatment. 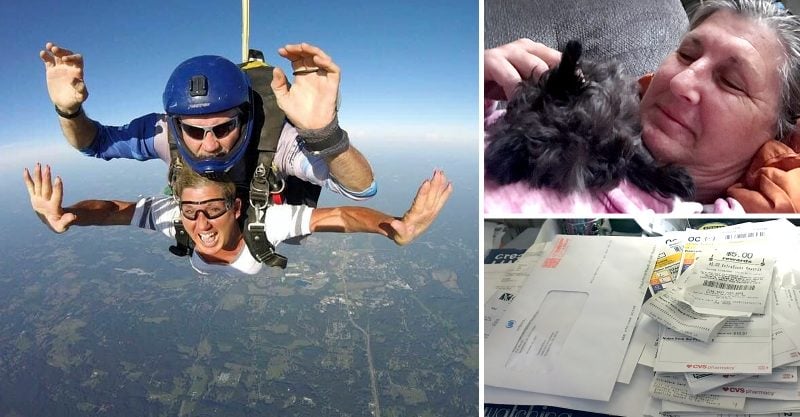 In an exclusive interview with The Defender, Ochoa said she is outraged, after the vaccine injuries left her in “horrific pain,” unable to walk without assistance or provide for herself. Ochoa said she now suffers from injuries far worse than what she went through with her cancer treatment.

On March 26, Ochoa received her first dose of Pfizer’s COVID vaccine without incident. She experienced no side effects, and was able to return to work that day. The experience gave her confidence about getting the second dose.

“It was pretty remarkable actually. I was feeling my most fit,” Ochoa said. “I am a cancer survivor and that was back in 2012 and 2013. I finally felt like I had regained myself back. My blood pressure was good. My weight was good. I was truly feeling my strongest, and felt confident getting this safe vaccine.”

On April 16, Ochoa got her second Pfizer dose, through her employer and within 45 minutes, felt ill.

“I was so sick I couldn’t work the rest of the day,” Ochoa said. “I was nauseous. I got extreme diarrhea. I get emotional because you just don’t know how these last six months have been.”

Ochoa said the pain surged throughout her body. “It was very Steven Kingish,” she said. “It was as if there were critters inside under my skin just ravaging their way throughout my body.”

Ochoa said the pain continued and lodged “up and down” her spinal cord:

“It was a raging attack in that one area, like a non-stop jackhammer beating my back — just beating my back up. The dizziness, the lightheadedness, nausea, there were so many other [symptoms], but the pain at that time was solely in my spinal cord. I went to the ER because it was so bad. I was throwing my body up against walls in my house just to get the pain to disperse and go somewhere else. It was horrific.”

Ochoa continued to work, but said between April and July she called out sick more frequently — and when she was working, she would rock constantly because of her pain. “The pain was brutal, torturous, truly torturous,” she said.

Ochoa said weeks later the pain progressed to other areas of her body, including her hips and pelvic area, and she felt like she was in labor — like she was being ripped apart. “It was another three weeks of pure hell,” she said.

Ochoa said she knew she was suffering from a vaccine injury. “When I went to the ER for my back, I thought I was dying and needed medical relief,” she said. “I told the doctors I was vaccine-injured. I knew I was.”

“That’s been the hardest. The pain was awful, but hand-in-hand with that, when you’re going to an ER and they’re looking at you and they say, ‘Oh my God. I see I see,’ but are not acknowledging the vaccine injury — not acknowledging what’s going on.

Ochoa said the ER and urgent care did nothing but write her a few prescriptions that didn’t touch her pain, and suggested she follow up with her primary doctor.

In mid-June, Ochoa, after looking far and wide for a doctor who could help her, came across a local spine intervention center that recognized she was suffering from a COVID vaccine injury.

“They recognized it was indeed a vaccine injury,” Ochoa said. “Even though that wasn’t what they specialized in, they were merciful enough to write me prescriptions that saved my life.”

“As a 63-year-old woman, I know what I’m talking about. I’m not pulling this stuff out of the air. I’m truly not. And I’m not one either to have attention thrown upon me. I don’t like being the center of attention, I don’t like division among people either. But I believe we are deserving of the truth, yet I haven’t seen anything on television about the vaccine-injured.”

Ochoa’s doctor believed her entire central nervous system was under attack and referred her to a neurologist. The neurologist, who also believed Ochoa was suffering from a vaccine injury, ran a battery of tests, all of which turned out normal except for a spinal tap, which was positive for GBS.

According to the Centers for Disease Control and Prevention (CDC), GBS is a “rare, autoimmune disorder in which a person’s own immune system damages the nerves, causing muscle weakness and sometimes paralysis.”

GBS symptoms can last for a few weeks or several years. Some recover but others die or have permanent nerve damage.

Ochoa said her diagnosis was eventually upgraded to CIDP — a rare autoimmune disease where the body attacks the myelin sheaths around nerve cells. It is a chronic and progressive form of GBS and isn’t believed to be genetic or preceded by infection.

Ochoa’s doctor recommended IVIg infusions, but it was denied twice by insurance. It wasn’t until her diagnosis was upgraded to CIDP that she was able to get IVIg treatments — at $10,000 per treatment — covered by insurance.

However, by that time Ochoa had rapidly declined and had sought alternatives that might help her condition.

Ochoa said she had extracorporeal blood oxygenation and ozonation therapy —  advanced medical ozone therapy where doctors filtered her blood — an NAD drip to help with the brain and IV vitamins.

“I walked out of there on my own and I was speaking without sounding like I had bronchia aphasia — like a stroke victim or a severely brain-injured person,” Ochoa said.

When Ochoa’s neurologist found out she received an alternative therapy, he told her she had to choose between IVIg and the therapy that greatly and noticeably improved her condition, and essentially dropped her as a patient.

Ochoa said she didn’t file a report to the CDC’s Vaccine Adverse Event Reporting System (VAERS) because she didn’t find out about it until recently.

“I didn’t know about VAERS until recently, but I was so sick I haven’t been able to pay my bills on time, let alone file a VAERs report,” she said.

Ochoa did respond to numerous check-ins sent to her by text from an app she signed up for when she got her vaccine. “I answered every question and begged for help, but nobody ever contacted me,” she said.

Ochoa said if she could do it all over again, she would “never ever” get the COVID vaccine.

“I am not an anti-vaxxer. … Since my cancer, I’ve been very cautious about what I put in my body. … Why in the world I succumbed to this vaccine is beyond me … I’ve lost six-and-a-half, going on seven months of my life, and I still have a way to go to regain my life.”

Ochoa said she’s concerned about the “lack of studying they’ve done on this vaccine,” and about the potential for others to suffer long-term consequences even if they didn’t suffer an immediate repercussion as she did.

“I don’t think the vaccine is safe for anyone, child or adult,” Ochoa said. “My nightmare at night is that our littles might have to endure this because the truth isn’t being spoken about these vaccines.”