COVID’s Deadly Toll on Youth: A Sharp Rise in Suicides

Young people may be the least likely to get sick from COVID, but the impact of lockdowns and school closures has created an alarming spike in suicides among children and teens. 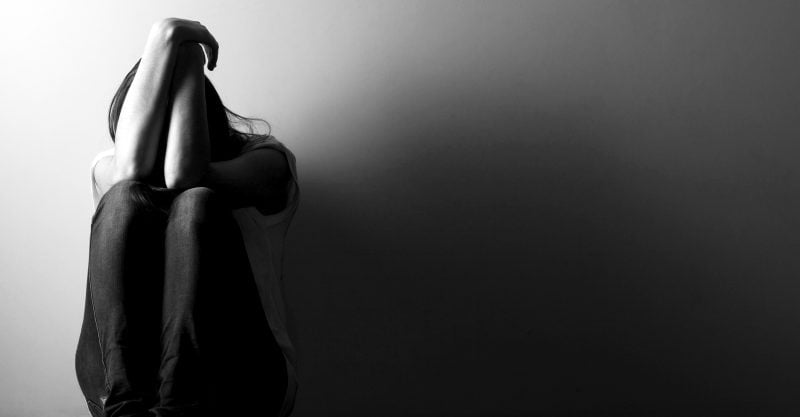 Almost one year after the onset of the COVID-19 pandemic, one of the worst consequences may not be directly caused by the virus, but rather by school closures, isolation and lockdown measures that have sent the suicide rate among children in the U.S. and other countries surging.

Since the pandemic began in March of 2020 and schools closed their doors, reports of suicidal thoughts, attempts and cries for help among children have increased significantly across the nation, according to numerous studies and media reports.

As the New York Times reported earlier this month, between March 16 and Dec. 31, 2020, 18 suicides were reported in Clark County, Nevada — more than double what the district experienced the prior year. The Clark County school district also received more than 3,100 alerts via an early warning system set up by the district in July to monitor the mental health episodes of its students.

“When we started to see the uptick in children taking their lives, we knew it wasn’t just the COVID numbers we need to look at anymore,” the Clark County district’s superintendent, Jesus Jara, told the Times.

In the Texas metropolitan area researchers analyzed the results of 12,827 teens who completed a suicide risk screening, and found that 3.5% of those screened reported suicidal thoughts or behaviors.

A national survey of 1,000 currently enrolled high school and college students conducted jointly by two organizations — Chegg.org, a national advocacy, fundraising and student research group, and the Born This Way Foundation, which focuses on supporting the emotional and mental health of adolescents — found that 5% of the students reported having made a suicide attempt during the pandemic.

A recent Washington Post article highlighted the pandemic’s effect on the already alarming suicide trend among teens and young adults, which increased 56% between 2007 and 2018.

According to an August 2020 Centers for Disease Control and Prevention (CDC) survey on the pandemic’s impact on mental and emotional health, the youngest people surveyed reported experiencing the highest rates of anxiety, depression and other mental health problems. Three in four reported struggling with at least one mental health issue, according to the CDC.

This coincides with a November report by the CDC that analyzed emergency room visits in children under 18 during the pandemic. Results showed that although the number of overall emergency room visits fell during 2020, the number of mental health-related visits increased. Data analyzed from the CDC’s National Syndromic Surveillance Program from Jan. 1 through Oct. 17, 2020, and compared to the same period in 2019 showed a 31% increase in mental health issues among adolescents 12 – 17-years-old.

An article by NPR sheds light on the CDC findings. Not only are doctors seeing more emergency room visits for mental health issues, but more children are waiting in emergency departments for in-patient care. This is due to the lack of outpatient services during the pandemic, a shortage of psychiatrists and therapists trained to work with children and school closures. Even if a child can get care, they may not be able to obtain follow-up care near their home, Dr. C.J. Glawe, who leads the Psychiatric Crisis Department at Nationwide Children’s Hospital in Columbus, Ohio, told NPR.

The authors of a letter to the Elsevier Public Health Emergency Coalition summarizing some of the latest research on the pandemic’s impact on mental health point out that the pandemic has forced students from inside the classroom and outside with their friends, to remote learning and isolation within their homes. Children now attend classes online and spend the remainder of their time watching TV or on the internet. Many have faced the cancellation of sports, prom and graduation, experienced the loss of loved ones from the disease, and face undue stress and uncertainty about their futures.

The cumulative effect of all of these losses can lead to psycho-social problems, such as “internet addiction, lower self-esteem and low interest in physical activities,” the authors said, adding that “cyberbullying and anxiety while on social networking platforms, have also taken their toll on their mental health.”

The media is taking note. As the New York Times reported, a 14-year-old boy killed himself in Maryland because he had “given up” when his school district did not open in the fall. An 11-year-old boy shot himself during a zoom class, and a teenager in Maine succumbed to the isolation of the pandemic. Anthony Orr, 18, drove his car into a parking lot and ended his life in August after experiencing a disrupted senior year.

Jara told the Times that Clark County’s youngest victim was only 9. One student left a note saying he had nothing to look forward to.

When schools didn’t open in the fall, parents began to speak out. Brad Hunstable told the Washington Post he believes COVID killed his son by driving him to the point where he made an “impulsive act that he could not take back.” His school had closed, he couldn’t play sports and his only connection to friends was through a game called Fortnite. Hunstable urged other parents to talk openly with their children about mental health and founded a nonprofit encouraging schools to do the same.

According to the Post, some parents and experts are concerned school districts are not doing enough to reach out to students, that there is not enough funding being directed towards mental health and the government is not taking this “side-effect” of the pandemic seriously.

Although statistics for the 2020 year have not yet been compiled, professionals speculate the rising suicide rate among children is due to not having access to mental health services in schools, school closures, hopelessness, increased anxiety and stress, and students feeling disconnected from their peers.

Other countries with strict lockdowns and school closures are seeing similar rises in suicides. LaCorte News reported that Ian Hickie, Australia’s former health commissioner and head of the Brain and Mind Centre, projected the number of annual deaths by suicide in Australia will rise from 3,000 to up to 4,500, with young people comprising nearly half that number.

In the UK, suicide and injury or poisoning of undetermined intent was the leading cause of death for both males and females ages 20 to 34 before the pandemic, according to an Office for National Statistics report covering the years 2001 to 2018.

“Suicide is already the leading cause of death in young people in England,” Ellen Townsend, a psychology professor at the University of Nottingham told Express, “and we need to prioritise them now to prevent further tragedy. Policy makers must do what is right by children and get them back to normal as soon as possible…”

Townsend added that the loneliness from English lockdowns is as damaging to health as smoking and obesity and is directly associated with suicidal thinking.

She said “Generation Lockdown” will suffer unnecessarily for years to come. “It is incontrovertible that young people are suffering overwhelming harm to their mental health in this crisis.” 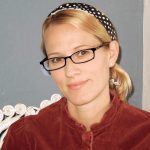 Beth Giuffre has been a student of children's health since her youngest son was vaccine-injured at age six. She has a BA in Communications/Journalism from San Diego State University, and has been writing news and features locally and internationally for 30 years.