At least five drugmakers are using squalene, a compound extracted from sharks, in clinical and pre-clinical evaluations for a COVID-19 vaccine. 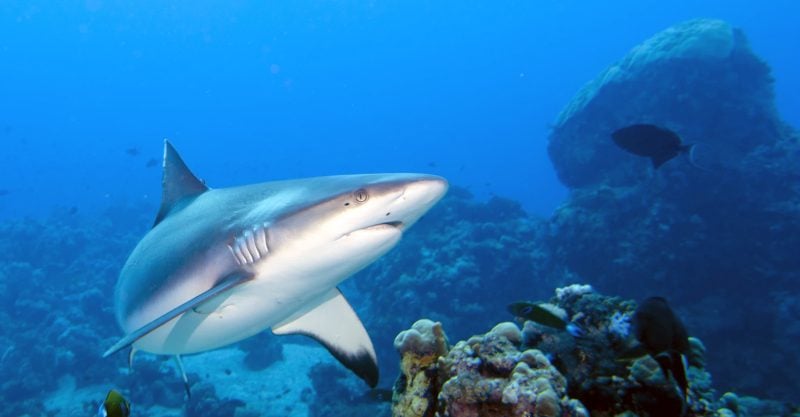 Sharks are at the crucial apex of our ocean ecosystems, maintaining balance among species below them on the food chain. Already a quarter of the populations of over a thousand species of sharks and their related skates and rays are threatened with extinction. Shark fins, considered a delicacy in Asian cuisine, are a lucrative trade commanding hundreds of dollars per kilogram. The demand for shark meat, long considered largely inedible, has also grown, as has the fish being discarded by fishermen netting other species such as tuna.

At the end of July, the largest vaccine company by revenue in the world issued a press release. British pharmaceutical giant GlaxoSmithKline (GSK), in collaboration with the French pharmaceutical firm Sanofi, had been selected by the U.S. government to accelerate the development and manufacturing of a COVID-19 vaccine. As part of Operation Warp Speed announced by President Trump in May, GSK and Sanofi emerged as the first recipients of $2.1 billion in federal funding toward a goal of providing an initial 100 million doses of the vaccine. The president’s chief adviser on the Warp Speed project, Moncef Slaoui, had until 2017 spent 30 years at GSK overseeing the development of numerous vaccines while in charge of the company’s global business. This potential conflict of interest was not mentioned in the press release.

Nor were there many details about “GSK’s established pandemic adjuvant technology,” its primary contribution to the recombinant protein method already being used by Sanofi to produce an influenza vaccine. The GSK website defines an adjuvant as “of particular importance in a pandemic situation, as it can reduce the amount of antigen required per dose, allowing more vaccine doses to be produced and made available to more people. Squalene is an essential ingredient of our adjuvant system. The squalene commonly used in the pharmaceutical industry is extracted from fish oil (liver) as a by-product from fishing.”

At least five companies are utilizing squalene in clinical and pre-clinical evaluations for a COVID-19 vaccine. And the fish species from which the squalene is being extracted are sharks. According to research conducted by the California-based organization Shark Allies, GSK would kill some 250,000 sharks in order to make enough adjuvant for the global human population to receive a single dose of a COVID vaccine. Should a second dose be deemed necessary, as is likely, that number would double to half a million dead sharks.

Use of shark squalene has escalated, too. According to Chris Lowe, a professor of marine biology and director of the Shark Lab at California State University Long Beach, tens of millions of sharks are being slaughtered annually, with some companies harvesting poached shark livers for products ranging from vaccines including flu shots to a moisturizing agent in cosmetics that already kills an estimated 2.7 million sharks annually. “Many of the sharks that are being targeted are deep sea sharks and they’re found in open ocean environments that may not be protected,” Lowe says.

Yet it’s completely unnecessary. We could readily have a COVID-19 vaccine without eliminating thousands more sharks. As the Shark Alliance wonders: “Why would a company choose to use shark-derived squalene in their adjuvants, over sustainable plant-based alternatives? The only answer we can see is cost. Plant-based squalene is approximately 30 percent more expensive than shark squalene. One of the reasons shark squalene is cheaper is because of the ease of extraction of squalene from the shark … This process takes only 10 hours where nearly 70 hours of processing are required to obtain olive oil squalene with a purity higher than 92 percent.”

For its part, GSK claims that “the amount of squalene needed to manufacture doses of our adjuvant system represents a very small proportion of the animal-derived squalene used worldwide. Research to explore viable alternatives of fish-derived squalene for future use in vaccines is ongoing, including sources from plants or a full synthetic approach. Such alternatives will not be available for the ongoing pandemic.”

That, clearly, is the corporation’s excuse for adding to the devastation being wreaked upon our oceans’ top predator. Scientists consider sharks more vulnerable to climate change than finfish. Since they are generally slow-growing, later maturing and less fecund, their populations take longer to recover when things go awry. Although the terrible practice of cutting off their fins and leaving the fish to die has been outlawed in the U.S. and some other countries, the transit of shark fins through American ports to overseas markets remains virtually unmonitored. Experts estimate that only about nine percent of the global catch of sharks is currently sustainable.

Does GlaxoSmithKline care? Around 3,000 sharks are needed to extract one ton of squalene. In July, GSK and Sanofi signed agreements with the Canadian government to supply up to 72 million doses of adjuvanted COVID-19 vaccine. GSK already plans to sell its squalene-based adjuvants to other vaccine manufacturers. Yet the track record on these GSK products is itself cause for alarm.

Robert F. Kennedy, Jr., in a recent blog, writes: “Adjuvants are compounds that amplify immune response to hyper-stimulate the immune system [and] are associated with a variety of autoimmune diseases. Scientific studies have linked squalene adjuvants to Gulf War syndrome and to a wave of debilitating neurological disorders including epidemics of narcolepsy caused by Glaxo’s H1N1 Pandemrix vaccine during the 2009 swine flu ‘pandemic.’ One study showed a 13-fold increased risk of narcolepsy in children who received Pandemrix. The devastating cascade of brain injuries to children and health care workers forced the termination of that Glaxo vaccine after European governments used only a small fraction of the jabs they had purchased from Glaxo. A recent study links squalene to carcinomas. In a bizarre and reckless twist, Glaxo has revived the dangerous adjuvant as its hall-pass to the COVID-19 money orgy.”

Perhaps it is time to shine some intensive light at the sprawling glass house occupied by GlaxoSmithKline’s global headquarters west of central London. 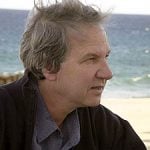 Dick Russell is the author of 13 books, including “The Climate Crisis” with Robert F. Kennedy, Jr. (2020), “Striper Wars: An American Fish Story” (2005) and “Eye of the Whale,” named a Best Book of 2001 by the Washington Post, Los Angeles Times and St. Louis Post-Dispatch.