According to data from the Centers for Disease Control and Prevention, there were more excess deaths in the U.S. in 2017, than there were in 2020. 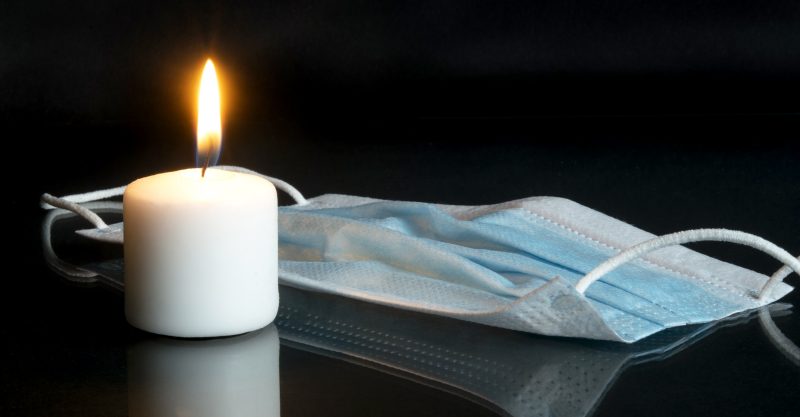 Every year roughly between 2.8 and 3 million people die in the United States — just under 1% of the population.

In some years, deaths exceed projections, for instance in a bad flu year. These extra deaths are characterized as “excess deaths.”

This finding mirrors excess death data from other countries, where excess deaths were also higher in 2017 than in 2020.

A recent research paper in the prestigious journal, The Proceedings of the National Academy of Sciences, points out these statistics and then an even more surprising claim:

“The comparison is more striking when years of life lost (YLL) is the measure used. Goldstein and Lee (11) estimate that the mean loss of life years for a person dying from COVID-19 in the United States is 11.7 y. Multiplying 377,000 decedents by 11.7 y lost per decedent gives a total of 4.41 M years of life lost to COVID-19 in 2020, only a third of the 13.02 million life years lost to excess mortality in the United States in 2017 (Table 1). The reason that the comparison is so much sharper for YLL than for excess deaths is that COVID-19 deaths in 2020 occurred at much older ages, on average, than the excess deaths of 2017.”

In other words, while more than 4 million years of life were lost in 2020, more than 13 million were lost in 2017. This echoes what many experts have been saying for months — COVID is comparable to a severe flu that disproportionately affects old people, but is less dangerous for young people even than the flu.

Some might claim COVID deaths would have been much worse without lockdowns and mask mandates. There is increasing evidence, however, that these non-pharmaceutical interventions had little or no effect on COVID mortality.

Good examples are South and North Dakota, two neighboring states with similar populations and almost identical COVID death curves (see data below), even though North Dakota instituted a state-wide mask mandate and restrictions on indoor activities last fall, while South Dakota did not.

A similar comparison exists between Florida and California, where Florida actually fared better after lifting state-wide restriction in September 2020, while California continued with strict lockdowns. (See graphs below).

In Europe, Sweden provides a counterpoint to the countries that chose hard lockdowns but had worse mortality outcomes.

The excess mortality numbers and COVID case numbers call into question the soundness of the public health response to the pandemic. The long-term consequences of the lockdowns have been catastrophic, in both economic and health outcomes.

Lockdowns put elderly people at increased risk in the long run, and deprive younger people of freedom without significant benefit. Worst of all, the long-term consequences of lockdowns and the public health response will last for decades to come.