"Prices are high," said Sen. Sherrod Brown (D-Ohio), "because corporations are raising them — so they can keep paying themselves with ever-larger executive bonuses and stock buybacks." 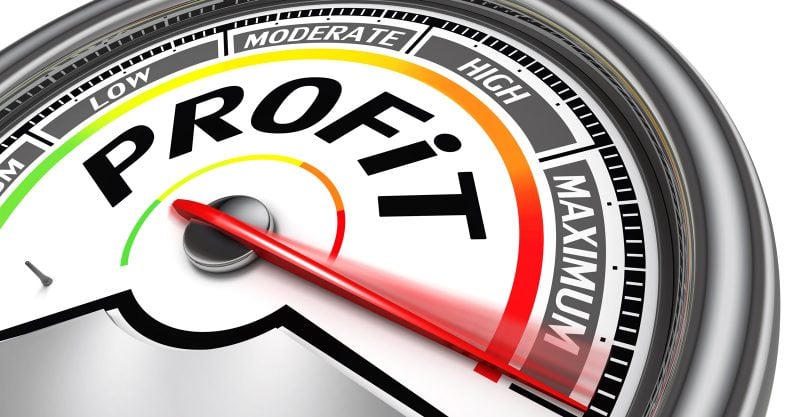 New data released by the Commerce Department shows that over the last two quarters of 2021, U.S. corporations outside the finance sector have raked in their largest profits since 1950 — a windfall that belies CEO gripes about rising labor costs and broader inflationary pressures in the economy.

The Commerce Department figures, as Bloomberg reported Tuesday, show that overall corporate profits were up 37% from the previous year while employee compensation was up just 12%.

“Let’s be clear. The problem is not the worker who got a small raise and a $1,400 check seven months ago,” Sen. Bernie Sanders (I-Vt.), chair of the Senate Budget Committee, tweeted in response to the data. “The problem is corporations making record-breaking profits while 700 billionaires became $2 trillion richer during the pandemic.”

In recent months, a number of major U.S. companies including Coca-Cola, Procter & Gamble, Chipotle and Dollar Tree have announced price hikes amid the coronavirus pandemic, claiming that the increases were made necessary by forces driving inflationary pressures in the U.S. and abroad.

But observers have pointed to corporations’ record profits — as well as sky-high CEO pay — to argue that recent price hikes should be seen as an effort to pass higher labor and material costs onto consumers in order to further pad already-strong bottom lines.

In June, Chipotle — which handed its CEO a $24 million raise last year — said it hiked menu prices by around 4% to cover the costs of modest wage increases for employees, fueling the false narrative that worker pay raises are to blame for recent price jumps.

Last week, Dollar Tree CEO Michael Witynski — who made around $11 million in total compensation last year — pointed to the current “inflationary environment” to justify bumping store prices up to $1.25.

Under the guise of inflation, large companies are swindling customers to boost their bottom line. Over the past year, they’ve seen their profits skyrocket by 37%, the widest profit margin in over 70 years—all at the expense of the customer’s dollar. https://t.co/95x2kAVo0o

As Bloomberg noted Tuesday, “U.S. consumer prices rose 6.2% in the 12 months through October, the most since 1990.” But, the outlet added, “the new data on corporate earnings suggest business can comfortably pass on all its higher costs.”

During a Senate Banking Committee hearing on Tuesday, Sen. Sherrod Brown (D-Ohio) argued that “prices are high because corporations are raising them — so they can keep paying themselves with ever-larger executive bonuses and stock buybacks.”

“Corporations could lower their prices,” Brown, the chair of the committee, said during his opening statement at the hearing. “Executives could get a slightly smaller pay bump this year and stock buyback plans could be put on hold, instead of raising costs for customers. There’s no inexorable law that says profits for those at the top must continue to rise in perpetuity, even at the expense of everyone and everything else in the economy.”

“Corporations can get away with it,” he added, “because they have too much power in the economy.”