An Uplifting Conversation With 6 Freedom Fighters

Members of Children’s Health Defense (CHD) and CHD Europe met in Switzerland to discuss actions, projects and strategies for how best to continue fighting the injustices and threats to health, especially children’s health. 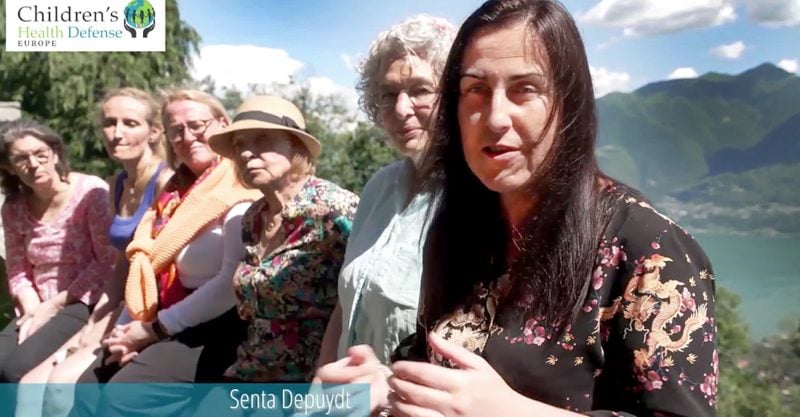 In the video we hear from five women, including Mary Holland, president and general counsel for CHD U.S., who introduced the others.

“We’re here to talk about our common interests, and particularly to talk about the issues of freedom and what’s happening around the world,” Holland said.

“One of the striking things we’ve observed first hand over the last few days, is just how global the agenda is … but despite what we’ve seen, we’ve had wonderful time to brainstorm and to talk about things we can do to bring more freedom and more health into our lives.”

Senta Depuydt, president of CHD Europe and a Belgian journalist and health freedom activist, said the energy in Europe is centered around the Great Reset — a global agenda to eliminate capitalism and free enterprise, and to monitor and control the world through digital surveillance.

Last year, the Great Reset was dismissed as nothing more than a conspiracy theory, Depuydt said. But now it’s “moving full speed ahead” and is being used to destroy not only personal freedoms but also the sovereignty of individual nations.

Warner-Allen said the pharmaceutical and vaccine industries don’t care about people’s health, said Warner-Allen. “The doctor won’t save you,” she said. “But you can save yourself and your children.”

Dr. Meryl Nass, an internal medicine physician CHD advisor, said that while COVID cases are low in the U.S. and in most of Europe, “governments are pretending COVID is still a huge problem and using that lie to impose vaccine passports.”

Vaccine passports are designed to do more than track your vaccine status, warned Nass. “It’s a method to track people’s location, track your social connections, track your medical records and track your finances,” she said.

Vera Sharav, president of Alliance for Human Research Protection, knows all too well the power of using the medical establishment to control people. Sharav, who fled Europe as child, draws a parallel between Nazi Germany and the COVID pandemic.

“The medical institutions were the most effective weapon,” Sharav said. “It’s medical authorities who are running this demolition of civilized society.”

Catherine Austin Fitts, president of Solari, Inc., publisher of the Solari Report, said “freedom is percolating.” We can allow the global elite to carry out the Great Reset, or all freedom fighters can unite “to stop the negative and bring in the positive,” Fitts said.