‘We Have Screwed Up the Balance of Nature,’ Chemical Expert Tells RFK, Jr.

On the 100th episode of “RFK Jr. The Defender Podcast,” Dr. David Carpenter, a leading expert on the impacts of toxic chemicals on human health, and Robert F. Kennedy, Jr. discussed the “global apocalypse of insects.” 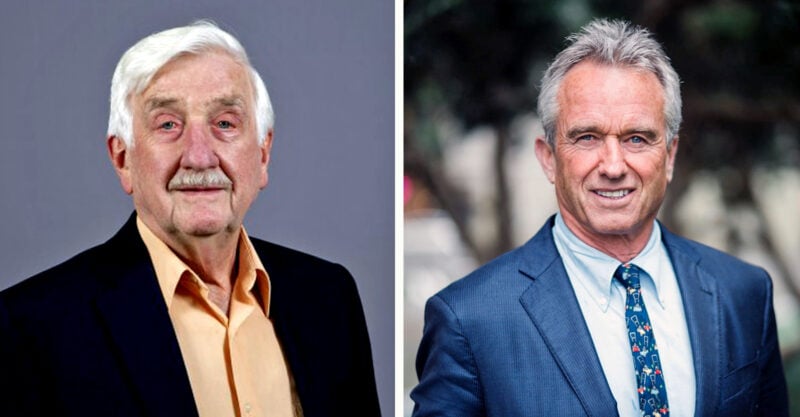 Editor’s note: Dr. David O. Carpenter was featured on the “RFK Jr. The Defender Podcast” to discuss the effects of toxic chemicals on animals and humans. Part one of the podcast, about the effects of neonicotinoids on insects, is below. Part two, about the effects of polychlorinated biphenyls (PCBs) and phthalates on children’s health and development, can be found here.

Carpenter is a leading expert on the impacts of toxic chemicals on human health, a professor of environmental health sciences and the director of the Institute for Health and the Environment at the State University of New York at Albany.

He and Kennedy discussed what Kennedy called the “global apocalypse of insects.”

“Something like 80% of winged insects have disappeared over the past decade,” said Kennedy.

Carpenter explained that herbicides and neonicotinoids, a type of insecticide commonly referred to as “neonics,” are to blame — but not in the way one might think.

Neonicotinoids are a class of pesticides that at first “everybody thought was just God’s gift to mankind,” said Carpenter. They are not sprayed on plants, but instead, they are used to coat seeds or impregnate them.

Neonicotinoids don’t kill bees directly, he said, but interfere with their sleep and their navigational systems, leaving them unable to return to their hives.

“The neonicotinoids don’t kill the bees, but they screw up their life function to the point that they might as well kill them,” Carpenter said.

The loss of bees has wide-ranging ecological effects, said Carpenter. Animals, plants, and humans are directly or indirectly affected.

“What are the birds eating?” Carpenter asked. “The birds that used to survive by eating insects?”

Carpenter said it’s no wonder we’ve seen a decline in songbirds. “Most of the songbirds are insect eaters, but there are very few insects to eat any longer.”

“Our dependence on bees is extraordinary because they’re the pollinators. They’re the ones that pollinate the fruit trees, the apples and the oranges and the apricots and the pears. But they also pollinate a lot of garden vegetables, a lot of grain seeds.”

“And if we don’t have the pollinators, what are we going to do?”

Pesticides and herbicides have been helpful in increasing food production, Carpenter said, but we have to also consider the unintended consequences of using those products.

“We are too dependent on these chemicals,” he said. “And the result is we have screwed up the balance of nature.”