CDC Endorses FDA Approval of Pfizer COVID Vaccine for 16 and Older, Amid Questions About Missing Data and Which Vaccine Is Actually Approved

The Centers for Disease Control and Prevention on Monday said it endorsed its advisory committee’s “recommendation for use of the Pfizer-BioNTech’s licensed vaccine for people 16 and older,” despite statements by the U.S. Food and Drug Administration that the Pfizer-BioNTech vaccine is still authorized only for emergency use. 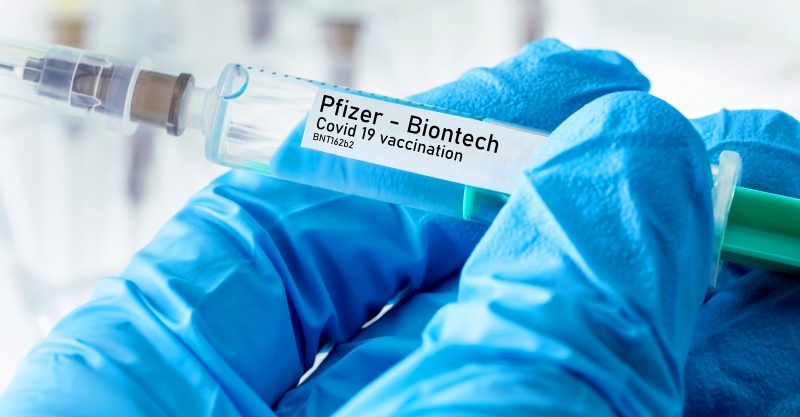 An advisory panel to the Centers for Disease Control and Prevention (CDC) on Monday unanimously endorsed the U.S. Food and Drug Administration’s (FDA) full approval of the Pfizer and BioNTech COVID vaccine for people 16 years and older, and the CDC immediately adopted the committee’s recommendation.

The endorsement by the CDC’s Advisory Committee on Immunization Practices (ACIP) came after the FDA last week granted full approval to Pfizer’s “mRNA vaccine, which is being marketed as Comirnaty,” CNBC reported.

Following the advisory committee’s endorsement, the CDC issued a statement, in which the agency said:

The CDC statement made no mention of the Comirnaty brand, but referred to Pfizer-BioNTech’s “licensed” vaccine — even though the FDA approval was limited specifically to the drugmaker’s Comirnaty vaccine.

As The Defender reported last week, documents issued by the FDA relating to the approval of Pfizer’s vaccine contained multiple confusing statements.

The FDA acknowledged (footnote 9): “Although COMIRNATY (COVID-19 Vaccine, mRNA) is approved to prevent COVID-19 in individuals 16 years of age and older, there is not sufficient approved vaccine available for distribution to this population in its entirety at the time of reissuance of this EUA.”

The FDA did not explain what it meant by “reissuance of this EUA” for the Comirnaty vaccine — which the FDA says is now fully approved.

The FDA said the Pfizer-BioNTech vaccine under the EUA should remain unlicensed but can be used “interchangeably” (page 2, footnote 8) with the newly licensed Comirnaty product.

The ACIP made its recommendation Monday based on updated clinical trial data and further follow-up on safety, beyond the data under review last December when the vaccine received emergency approval.

According to Dr. Matthew Daley, ACIP COVID-19 Vaccines Work Group chair, “when considering recommending a licensed vaccine for use, never before has the ACIP made such recommendations with such a breadth and depth of information.”

However, according to the slides Pfizer presented during Monday’s ACIP meeting on the safety and efficacy of its Comirnaty vaccine, the company provided the advisory group with efficacy and sequencing data only through March 13 — before the Delta variant became the predominant strain in the U.S., and before studies suggested vaccine effectiveness against the Delta variant could be as low as 42%.

In other words, 5.5 months’ worth of data was missing from the data Pfizer presented to the ACIP.

The COVID-19 Vaccine Safety Technical (VaST) Work Group, which presented during the ACIP meeting, confirmed an increased risk of heart inflammation among vaccinated males under 30, but maintained the shot’s benefits far outweigh any potential risks.

According to the most recent data from the CDC’s Vaccine Adverse Events Reporting System (VAERS) 2,162 cases of myocarditis and pericarditis in the U.S. have been reported after receiving a COVID vaccine with 1,364 cases attributed to Pfizer.

However, VaST disclosed only 765 cases of myocarditis, and post-vaccination reports were reduced by choosing an age group of 18-39 to study rather than the 16- to 17-year-olds — who experience myocarditis at a higher rate.

Experts with the CDC told committee members most cases of myocarditis have been mild, but it’s too soon to know whether they will suffer any longer term consequences, USA Today reported.

After taking its vote, the committee also discussed whether to support a third booster dose for people who have already received two doses of the Pfizer-BioNTech or Moderna vaccines.

The panel said it isn’t clear yet, based on CDC data, whether the recent increase in COVID infections among those already vaccinated is due to waning immunity or the highly contagious Delta variant.

The CDC continues to “strongly advise against giving individuals an additional dose outside of the already recommended and authorized recommendations for immunocompromised persons,” noted the CDC’s Dr. Sara Oliver.

Panel members said the Pfizer-BioNTech vaccine remains available to adolescents 12-15 under EUA, and third doses are available under EUA for immunocompromised patients — however, given the FDA statement that the EUA Pfizer and approved Comirnaty vaccines contain the same formulation and can be used interchangeably, it’s unclear why one would be available for 12-year-olds while the other wouldn’t.

As The Defender reported last week, some scientists argued the FDA lacked sufficient data to approve the vaccine, and failed to conduct sufficient scientific debate.

Although COMIRNATY (COVID-19 Vaccine, mRNA) is approved to prevent COVID-19 in individuals 16 years of age and older, there is not sufficient approved vaccine available for distribution to this population in its entirety at the time of reissuance of this EUA.