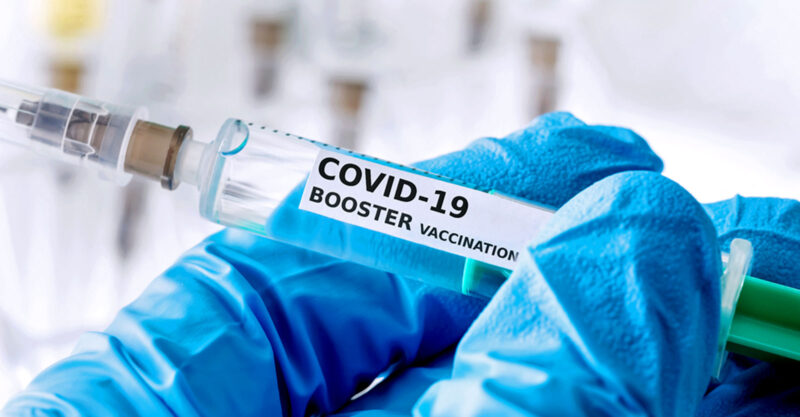 More than 1,600 children aged 5 to 11 experienced a systemic reaction such as fever or diarrhea after receiving one of the new COVID-19 vaccines, according to a study from the Centers for Disease Control and Prevention (CDC).

Of 3,259 children in the age group who received an updated Pfizer or Moderna vaccine and were registered in the v-safe system, nearly half experienced a systemic reaction, CDC researchers found.

Systemic reactions, defined as “usually mild” and lasting for multiple days, include fatigue, chills, nausea, abdominal pain, vomiting, joint pain and diarrhea. On a severity scale, the category of reactions is between local reactions and severe reactions.

According to responses to v-safe, a smartphone survey system started by the CDC during the COVID-19 pandemic to monitor vaccine safety, 48.9%, or 1,594 children, in the 5 to 11 population who got a new booster between Oct. 12, 2022, and Jan. 1, experienced one or more systemic reactions.

The most common was fatigue, followed by headache, fever, myalgia — muscle pain — and chills. The least common was rash.

Sixty-four of the children sought medical care but none were hospitalized, according to the CDC, which published the study in its quasi-journal on Jan. 13.

Most reports of needing medical care indicated that the case was not related to vaccination, according to the CDC.

Between Oct. 12, 2022, and Nov. 20, 2022, there were 920 reports that were processed by CDC researchers, most of which were for vaccination errors such as an incorrect dosage administered. Some, including 21 for fever, were for systemic events.

The reports do not prove causality with a vaccine but are an undercount of the true number of post-vaccination events, according to studies and U.S. health officials.

Two of the reports, both after Pfizer vaccination, were for serious events, including a child who developed symptoms of a rare illness called Miller Fisher syndrome.

There were no reports of death in either system.

During the same time, 235 events were reported for children aged 6 to 17, including two hospitalizations, seven emergency room visits and a permanent disability.

The CDC recommends the new shots for all individuals down to 6 months of age.

Even though more than a third of a year has passed since the authorization, no clinical data is available yet.

The CDC cited a different CDC study, which estimated effectiveness from real-world data, in the new paper in asserting that the bivalent vaccines provide “significant additional protection against symptomatic SARS-CoV-2 infection.”

SARS-CoV-2 causes COVID-19. The cited paper suggested the new boosters increase protection, but that the protection is substandard.

Limitations of the new study include v-safe being voluntary and VAERS being a passive surveillance system.

The CDC researchers said the preliminary safety findings “are reassuring.” They also said that, in comparison with “the low risk of serious health effects” after vaccination with the Pfizer or Moderna shots, the effects of COVID-19 infection “include death and serious long-term sequalae.”

Pfizer and Moderna did not respond to requests for comment.

The CDC did not report the events that happened on the day of vaccination for v-safe registrants, and only published data for one through seven days after vaccination.

That time period “is not nearly long enough to characterize safety,” Dr. Harvey Risch, professor emeritus of epidemiology at the Yale School of Public Health, told The Epoch Times via email.

He also took issue with the comparison of adverse events following vaccination with the effects of infection, noting the CDC cited a 2022 study it published that included all ages above 5.

That study dealt only with cardiac adverse events and presented conclusions — that the risk of heart inflammation is higher among all age groups following infection than vaccination — that have been challenged by other papers.

“The present study is of 5-11-year-olds, who have an infection fatality risk of well less than 3 per million, whereas the cited reference is of all ages, mostly adults, who have increasingly greater risks with age. The stated comparison of children with adults is thus invalid,” Risch said.

While the study “is being represented by CDC as showing vaccine safety in this age group, no comparison to actual quantitative risks of Omicron infection serious adverse events has been performed,” he added.

Children are the least likely age group to die from COVID-19, studies and data show.

The infection fatality rate — the ratio of mortality for confirmed and inferred infections — was just 0.0003% for those aged 0 to 19, a recent study found.

Some 1,433 deaths in the U.S. among children involved COVID-19, according to the CDC’s analysis of death certificates, though the number is adjusted from time to time as accurate death counts remain difficult to determine, despite there being years since the first COVID-19 death was recorded.

Originally published by The Epoch Times.