Physician: ‘Fanaticism’ — Not Science — Governs CDC’s Aggressive Push to Vaccinate Even Those With Natural Immunity

Public health insiders increasingly are calling out the Centers for Disease Control and Prevention over the “insanity” of pushing COVID vaccines on people who have already acquired natural immunity. 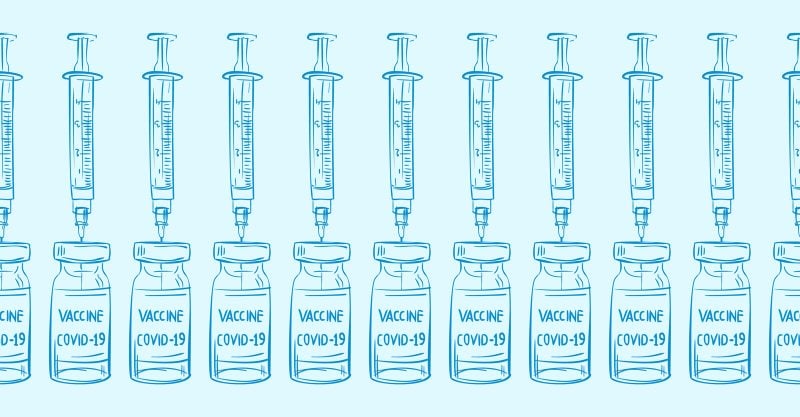 Although accurate numbers are difficult to come by, the Centers for Disease Control and Prevention (CDC) conservatively estimates more than a third of Americans (at least 114.6 million) have been infected with SARS-CoV-2. There is ample reason to believe that in most of these individuals, SARS-CoV-2 infection “induces long-term immunity.”

For example, a December 2020 study by Singapore researchers found neutralizing antibodies (one prong of the immune response) remained present in high concentrations for 17 years or more in individuals who recovered from the original SARS-CoV.

More recently, the World Health Organization (WHO) and the National Institutes of Health (NIH) published evidence of durable immune responses to natural infection with SARS-CoV-2.

Even back in March 2020, the NIH’s Dr. Anthony Fauci shared his view (in an email [p. 22] to Ezekiel Emanuel) that “their [sic] would be substantial immunity post infection.”

Yet despite these recent findings, health authorities are largely ignoring natural immunity’s stellar track record. In fact, as the American Institute of Economic Research reported, it appears in order to promote the COVID vaccine agenda, key organizations are not only “downplaying” natural immunity but may be seeking to “erase” it altogether.

Until recently, the Mayo Clinic reported that individuals who survived the 1918 influenza pandemic were immune, 92 years later, to H1N1 influenza. However as economist Jon Sanders noted, the Mayo Clinic removed the mention of 1918 influenza immunity from its website this spring. And late last year, the WHO was caught attempting to unscientifically exclude “immunity developed through previous infection” from the very definition of herd immunity.

Why, asks Sanders, are Americans being kept in the dark about the fact that so many “have faced COVID-19 and won” — and, therefore, “don’t need a vaccine?”

The evidence that natural immunity is strong and long-lived goes back decades. In contrast, the one-dimensional immunity conferred by vaccination and vaccine boosters is often fickle, short-lived or altogether absent.

The well-studied phenomenon of vaccine failure observed following mass vaccination against illnesses such as measles, pertussis and influenza — and the serious or fatal “breakthrough infections” we are now observing after COVID shots — have proven this point repeatedly.

The CDC’s indiscriminate advice to the segment of the population that has recovered from COVID-19 to get a COVID vaccine stands in stark contrast to the agency’s approach to other infections.

For example, CDC does not recommend measles-mumps-rubella (MMR) vaccination for individuals who have confirmation of past infection or who were born in the pre-MMR era, when everyone got those childhood diseases.

Recognizing that vaccination is beside the point for people who acquire immunity naturally — by experiencing a given illness naturally — CDC likewise tells individuals who have lab confirmation of “disease-induced immunity” against varicella that they do not need to get a chickenpox vaccine.

For the most part, this translates into bland mainstream coverage that, in the COVID era, has included heavy promotion and endorsement of the public health party line on vaccination.

However, the publication’s “Enterprise & Investigative team” also professes to be willing to “shine a light on wrongdoing in medicine — whether individual, corporate or governmental” as well as “following the money in healthcare.”

Of late, this investigative team appears to have decided to blow the whistle on the suppression of discussion about natural COVID immunity. On May 28, MedPage published an op-ed bluntly titled “Quit Ignoring Natural COVID Immunity.” Days later, Dr. Marty Makary, MedPage Today editor-in-chief, in public interviews reiterated many of the arguments laid out in the op-ed.

Dr. Jeffrey Klausner, one of the op-ed’s two co-authors, is a former CDC medical officer and “frequent advisor to the CDC, NIH and WHO.” In their op-ed, Klausner and co-author Noah Kojima ask why we are “so focused on vaccine-induced immunity … while ignoring natural immunity” and also criticize policy-makers for ignoring the “complexities of the human immune system” —  including the evidence that both B cells and T cells contribute to post-COVID cellular immunity.

Arguing that protection among COVID-recovered individuals “is similar to or better than vaccine-induced immunity,” they also condemn the U.S. Food and Drug Administration’s (FDA) advice against using antibody testing, instead urging the following:

“[P]olicymakers should include natural immunity as determined by an accurate and reliable antibody test or the documentation of prior infection … as evidence of immunity equal to that of vaccination [emphasis added]. That immunity should be given the same societal status as vaccine-inducted [sic] immunity. Such a policy will greatly reduce anxiety and increase access to travel, events, family visits, and more … allowing [those who have recovered] to safely discard their masks, show their faces, and join the legions of those vaccinated.”

In his public statements, Makary has been even more outspoken, describing the sidelining of natural COVID immunity — which he believes is “probably lifelong” — as “[o]ne of the biggest failures of our current medical leadership.”

According to Makary, the CDC’s relentless focus on vaccine-induced immunity and its “demonizing” of individuals who choose not to get a COVID vaccine makes the agency “the most slow, reactionary, political CDC in American history.”

Makary, whose other professional roles include professor of medicine and public health at Johns Hopkins University and election to the National Academy of Medicine, also remarked, “I never thought I’d say this, but please ignore the CDC guidance.”

Makary has also expressed dissent on the topic of COVID vaccines and children. In a June 10 opinion piece in MedPage Today, Makary told parents to “think twice before giving the COVID vax to healthy kids,” characterizing the risk of a healthy child dying of COVID as “between zero and infinitesimally rare.” (Blunting the force of this statement, however, Makary signaled his support of COVID-19 vaccination in “any child with a medical condition, including being overweight” — which means at least 54% of American children).

In a June 13 television appearance, Makary continued to criticize the CDC, accusing it of “sitting on a lot of data,” including important information about the serious heart complications now being experienced by adolescent recipients of the COVID injections. According to a news account, Makary suggested that “fanaticism” governs the aggressive push for COVID vaccination, again citing “the insanity of insisting on a vaccine to immunize those already immune.”

In early June, Children’s Health Defense called for an immediate halt to COVID vaccination of minors, pointing to the significant risk of adverse events, including blood clots and heart inflammation, and the vaccines’ unknown long-term effects.

Scientists recently offered a dramatic explanation for some of these adverse outcomes, disclosing that the spike protein in the Pfizer and Moderna injections is actually a pathogenic toxin that accumulates in organs and tissues and crosses the blood-brain barrier.

In this context, reminders about the role and benefits of natural immunity can counterbalance the dangerous and false herd immunity rhetoric that seeks to justify COVID vaccines for kids.

Readers of The Defender are also likely familiar with the numerous conflicts of interest that make it so difficult to trust advice from officials at captured agencies like the CDC and the FDA. When insiders cloaked with titles and prestige from the public health establishment put forth critiques of these agencies, we would be foolish not to pay attention.

In the context of the growing censorship of any information that runs counter to government and industry claims, pushback from all corners is welcome, particularly when it is grounded in both evidence and common sense.