Nearly Everyone at Risk of Cancer From Pesticide-Contaminated Drinking Water

Widespread pesticide use threatens to reduce the amount of available freshwater as pesticide runoff, recharge and improper disposal tends to contaminate adjacent waterways, like rivers, streams, lakes or underground watersheds. 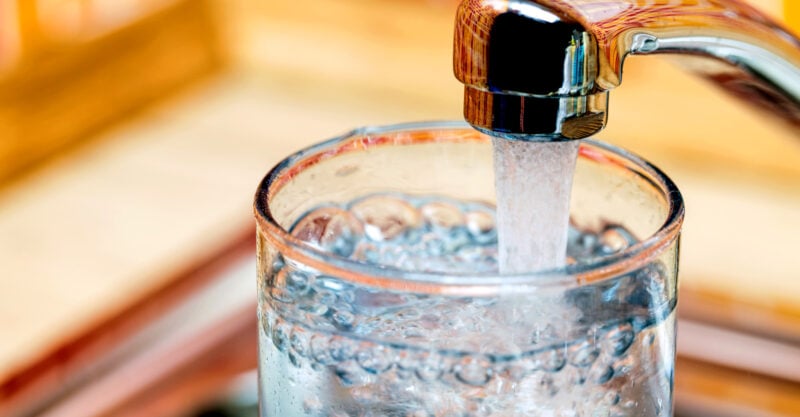 OPs have a wide range of biological uses — from insecticides to flame retardants — that make these chemicals ubiquitous, significantly contributing to ecosystem contamination.

These compounds have a global distribution, with evaporation and precipitation facilitating long-range atmospheric transport, deposition and bioaccumulation of hazardous chemicals in the environment.

OPs are highly toxic, and residues are consistently present in human and animal blood, urine, tissues and milk.

Considering 90% of Americans have at least one pesticide compound in their body, primarily stemming from dietary exposure, including food and drinking water, advocates maintain that current restrictions on their use must adequately detect and assess total chemical contaminants.

Water is the most abundant and crucial chemical compound on earth, essential to survival, and the main component of all living things. Less than 3% of that water is freshwater, and only a fraction of that freshwater is groundwater (30.1%) or surface water (0.3%) readily available for consumption.

However, ubiquitous pesticide use threatens to reduce the amount of available freshwater as pesticide runoff, recharge and improper disposal tends to contaminate adjacent waterways, like rivers, streams, lakes or underground watersheds.

With rivers and streams only accounting for 2% of surface waters, it is essential to protect these vulnerable ecosystems from further degradation, including aquatic biodiversity loss and a decrease in water quality/drinkability.

Thus, researchers note, “This study develops new knowledge in the field of monitoring and evaluation of drinking water quality. The developed method can facilitate water utilities to solve the pollution of OPs in the world in drinking water resources.”

Statistical analysis and a risk-modeling approach by an automatic Monte-Carlo procedure measured trends and changes in OP concentration and carcinogenic (cancer) risk.

Organophosphate insecticide use is widespread, while industry promotes the chemicals as having greater efficiency and lesser environmental persistence. However, OPs are a class of insecticides known to have adverse effects on the nervous system, having the same mode of action as nerve agents for chemical warfare.

OPs originate from the same compounds as World War II nerve agents, producing adverse effects on the nervous system. Chemical exposure can cause a buildup of acetylcholine (a chemical neurotransmitter responsible for brain and muscle function) and can lead to acute impacts, such as uncontrolled, rapid twitching of some muscles, paralyzed breathing, convulsions, and in extreme cases, death.

The compromise of nerve impulse transmission can have broad systemic impacts on the function of multiple body systems.

Exposure can increase vulnerability to deadly diseases, including COVID-19. Moreover, OPs are one of the leading causes of intentional poisoning globally, as pesticide toxicity makes them potentially lethal substances.

This study represents one of the few to implement the Monte-Carlo (a simulation of multiple risk scenarios, as distinct from EPA’s standard single-point risk estimates) approach to assess the carcinogenic risk of OPs after considering various factors such as chemical concentration distribution, variability and uncertainty.

Although most OP uses in the U.S. are now agricultural, toxicity experts recommend a ban on all OPs for agricultural use. EPA and the World Health Organization consider more than 40 OPs that are moderately or highly hazardous to human health.

The EPA classifies some commonly used OPs like malathion, a popular mosquito control, and tetrachlorvinphos, a common flea and tick killer in pet collars and shampoos, as probable carcinogens in August 2021, adopting a position that had been advanced by the agency in the waning days of the Obama administration.

States, including Hawaii, California, New York and Maryland, had already adopted planned phase-outs of chlorpyrifos use, to different degrees, in agriculture following evidence of neurotoxic effects on children. However, other OPs remain in use despite their notorious toxicity.

Moreover, U.S. Geological Survey reports demonstrating that pesticides like OPs are ubiquitous in the aquatic environment and a pervasive contaminant of freshwater ecosystems (e.g., surface and groundwater), which serve as drinking water sources for half of the U.S. population.

“[T]hese results are expected to help federal and local governments adopt new guidelines for water quality assessment to prevent drinking water shortages or waterborne diseases that endanger human health. Besides, this indicates that immediate actions must be performed to reduce these levels and to ensure the quality of the drinking water.”

The use of toxic pesticides should be phased out and eliminated to protect the nation’s and world’s waterways and reduce the number of pesticides that make their way into your drinking water.

Additionally, Beyond Pesticides has long advocated for regulations that consider potential synergistic and additive threats, to ecosystems and organisms, from admixtures of pesticides — whether in formulated products or “de facto” in the environment.

Unfortunately, current administration regulations fail to consider the environment holistically, thus creating a blind spot that limits our ability to enact widespread change that improves ecosystem health. However, advocating for local and state pesticide reform policies can protect you and your family from pesticide-contaminated water.