Canada will suspend COVID-19 vaccine mandates for federal employees and domestic travelers beginning June 20, but groups who oppose the mandates and fear they will return and are moving forward with legal action. 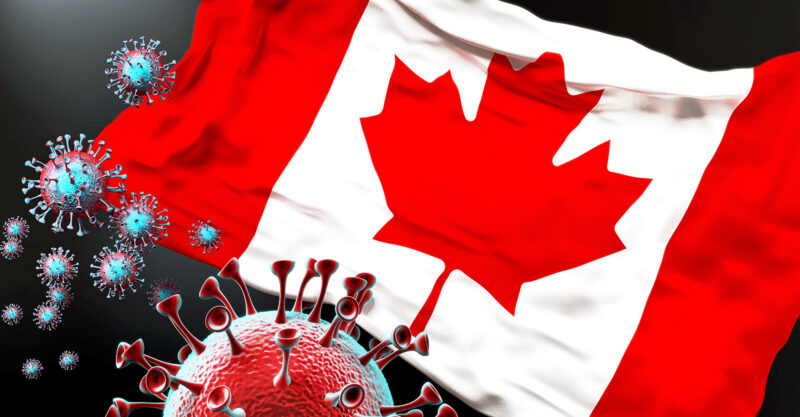 Canada’s vaccine mandates for federal employees and domestic travelers will be suspended as of June 20, government officials announced Tuesday.

Federal employees and transportation workers in federally regulated sectors will no longer be required to be fully vaccinated as a condition of their employment.

Also on June 20, travelers within Canada will not be required to show proof of COVID-19 vaccination to board a plane or train, although they will be required to wear masks.

Canadian citizens entering Canada from abroad will still be required to meet entry requirements, which include showing proof of a negative COVID-19 test.

Non-citizens who visit Canada will be required to show proof they are fully vaccinated to enter the country or meet the requirements of an exemption.

Those who do not qualify as fully vaccinated, or who are unvaccinated foreign nationals who are eligible to enter Canada in specific situations, must quarantine for 14 days.

The suspension will not apply to truckers crossing the Canada-U.S. border — they will need to be fully vaccinated.

Also, vaccine mandates for cruise ship passengers and crews will remain, as will adherence to strict public health measures on cruises.

According to the Government of Canada’s news release:

“The Government of Canada will not hesitate to make adjustments based on the latest public health advice and science to keep Canadians safe. This could include an up-to-date vaccination mandate at the border, the reimposition of public service and transport vaccination mandates, and the introduction of vaccination mandates in federally regulated workplaces in the fall, if needed.”

Canada Prime Minister Justin Trudeau implemented the vaccine mandates for federal employees on Oct. 6, 2021. Federal employees were required to confirm their vaccination status by Oct. 29, 2021, through an attestation process.

“Those who are unwilling to disclose their vaccination status or to be fully vaccinated will be placed on administrative leave without pay as early as November 15, 2021,” Trudeau said.

According to a government website, 98.5% of the federal public service is fully vaccinated, 0.3% is partially vaccinated, another 0.3% report being unvaccinated (773 employees) and 0.9% made accommodation requests.

The government grants accommodations on the basis of a medical condition, religion or another prohibited ground of discrimination as defined under the Canadian Human Rights Act.

Trudeau also announced on Oct. 6, 2021, that employers in the federally regulated air, rail and marine transportation sectors had to have vaccination policies in place by Oct. 30, 2021.

Effective Oct. 30, 2021, “travellers departing from Canadian airports, and travellers on VIA Rail and Rocky Mountaineer trains, will be required to be fully vaccinated, with very limited exceptions,” he said.

Groups fighting mandates will carry on

Several groups are fighting Canada’s vaccine mandates, including one group of hundreds of federal public servants who sued the federal government in an effort to overturn the mandates for federal workers.

The group, which alleges the mandates violate Canadians’ constitutional rights, is seeking about $15 million in punitive and other damages, according to Kalman Samuels, a Montreal-based law firm representing the plaintiffs.

Michael N. Bergman of Bergman & Associates — another Montreal law firm that also is representing plaintiffs — told The Defender the court earlier this year declined the plaintiffs’ request for an injunction.

The injunction would have allowed federal employees to return to work until the case was heard. The suspension of the mandate may end the injunction part of the case, but the case will move forward, Bergman said.

The next hearing is scheduled for June 22.

Daniel Romano, an attorney at Kalman Samuels, told The Defender attorneys for the defendants told the plaintiffs they should withdraw the case, as the vaccine mandate has been suspended.

But the legal team is considering several factors, including that “severe financial and moral damages were incurred,” and since the mandates are only suspended, they “can be reinstated at the drop of a hat,” Romano said.

“If the federal government continues to maintain unsubstantiated positions,” Romano said, “then we worry that they may once again decide, contrary to logic, to epidemiological data and to clinical science, that the small number of unvaccinated federal employees somehow pose a threat to the 98.5% (279,124) of the employees who are fully vaccinated as defined in the policy — especially considering the high rates at which the fully vaccinated individuals are still catching the COVID-19 virus.”

The COVID-19 vaccine mandate for travelers is also being tested in court. Due to the mandate, millions of Canadians have been unable to take a plane, a train and some types of marine vessels since last fall.

The travel vaccine mandate is being challenged by four different lawsuits, which are at the stage of cross-examination of government witnesses. According to the Epoch Times, the groups are determined to move forward with their cases.

Dr. Julie Ponesse, ethics scholar at The Democracy Fund, lost her job of 20 years at a Canadian university because she did not comply with its COVID-19 vaccine mandate.

Ponesse told The Defender Canadians need to remain vigilant, because “this is a situation in which unnecessary and excessively harmful mandates — people lost their jobs, friendships, marriages, physical and mental health, and in some cases their lives — were implemented without need or just cause, and could just as easily return under the same conditions.”

“[The mandate suspension] isn’t a victory for freedom,” Ponesse said. “Our government responded to the pandemic with a kind of authoritarian control that takes freedom away just as easily as it restores it.”

“A true correction of this injustice requires public accountability, apology and reparation, moral duties that aren’t very fashionable these days.

“What we need are public officials who are more allegiant to truth than to public opinion, and who aren’t afraid to acknowledge the harms done over the last two years, and make a serious public commitment never to commit them again.”