California Bill Would Punish Doctors Who Promote COVID ‘Misinformation,’ as Other States Move to Protect Doctors’ Rights to Treat Patients

California lawmakers want COVID vaccine mandates for all K-12 students and the right to “discipline” doctors who step outside public policy guidelines for treating COVID patients. But other states, including New Hampshire and Kansas, are eying legislation designed to protect physicians who prescribe drugs like ivermectin and hydroxychloroquine. 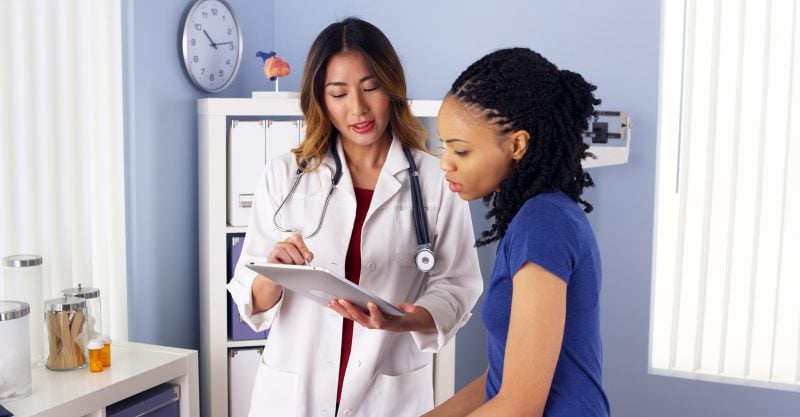 Before the U.S. Supreme Court last month blocked the Biden administration’s COVID-19 vaccine mandates for large employers and allowed the mandate for healthcare workers to stand, all eyes were on the feds when it came to COVID-related policies.

But state lawmakers also have been busy drafting bills in an effort to shape COVID policies closer to home.

The California Assembly, for example, introduced over the past six months a flurry of bills designed to strengthen vaccination mandates and regulate treatment options for patients.

And this month, Assembly Member Evan Low (D-Campbell) introduced legislation (AB 2098) that, according to the Los Angeles Times, would “make it easier for the Medical Board of California to discipline doctors who promote COVID-19 misinformation by classifying it as unprofessional conduct.”

The bill defines “unprofessional conduct” as any action a physician or surgeon takes “to disseminate or promote misinformation or disinformation related to COVID-19, including false or misleading information regarding the nature and risks of the virus, its prevention and treatment; and the development, safety, and effectiveness of COVID-19 vaccines.”

Under the bill, disciplinary action could be brought against a physician for disseminating information that “resulted in an individual declining opportunities for COVID-19 treatment or prevention that was not justified by the individual’s medical history or condition.”

Additionally, doctors could be disciplined for “misinformation or disinformation” that is contradicted by contemporary scientific consensus to an extent where its dissemination constitutes gross negligence” by the physician.

Commenting on the criteria, Dr. Meryl Nass, an expert in epidemiology and vaccine injury and member of the Children’s Health Defense scientific advisory committee, said:

“I think this is clearly an attempt to legislate that the government of California or the Medical Board of California will define what is truth and what is misinformation, and medical providers will have to follow lockstep with that definition.

“This, of course, is the same thing as the Ministry of Truth in George Orwell’s “1984,” and if the California legislature actually votes for this bill, the intent of the  action will be to enforce a one and only truth.

Contrary to typical board practice, under AB 2098, physicians could also be disciplined for public speech, including social media posts, unrelated to the actual treatment of patients.

Supporters of Low’s bill insist the legislation does not impinge on doctors’ freedom of speech.

“The result is removing options from doctors and patients. And the longer-term consequence is that doctors will become irrelevant if they are not needed to assess each individual’s personal risks and benefits from each type of medical care.

“The government and its partners in the healthcare industries can simply prescribe one-size-fits-all healthcare for everyone.”

Low’s bill, introduced as part of a larger effort by a group of Democratic state legislators to strengthen vaccination laws, set off a contentious debate over how far the state should go in pursuing COVID mandates.

Other COVID-related bills introduced in California include:

In contrast to California, several state legislatures are moving to provide legal support for off-label prescriptions and alternative approaches supported by physicians.

In New Hampshire, legislators last month held public hearings on a bill that would allow for over-the-counter dissemination of ivermectin at pharmacies, provided certain treatment plan requirements were met.

New Hampshire HB 1022 would permit pharmacists to dispense the ivermectin by means of a standing order entered into by licensed healthcare professionals.

Sponsors of the bill argued many healthcare workers are unable to prescribe ivermectin, either because of hospital politics or outside professional pressures.

The bill has support from Dr. Paul Marik, who traveled from Virginia to testify at the public hearing.

A former professor of medicine and chief of pulmonary and critical care medicine at Eastern Virginia Medical School, Marik sued the hospital he worked for after it banned physicians from prescribing ivermectin for COVID patients.

Marik resigned late last year in protest of the ban.

During his testimony in New Hampshire, Marik described ivermectin as “cheap, exceedingly safe and exceedingly effective.”

“If ivermectin had been promoted at the beginning of this pandemic, we would not be sitting here today,” Marik said.

In direct contrast to the California legislation, the Kansas bill also would mandate that doctors not be subject to disciplinary action for any “recommendation, prescription, use or opinion … related to a treatment for COVID-19, including a treatment that is not recommended or regulated by the licensing board,” Kansas Department of Health and Environment or the U.S. Food and Drug Administration.

“Such actions,” the bill states, “could not be considered unprofessional conduct.”

Kansas lawmaker Sen. Mark Steffen (R-Hutchinson) supports the bill. Steffen, an anesthesiologist, said he’s under investigation by the University of Kansas Health System with which he is affiliated for prescribing ivermectin to COVID patients.

“With ivermectin and hydroxychloroquine, we now have 76 ivermectin COVID-19 controlled studies which show 66 percent overall improvement and 57 percent decreased mortality.”

Meanwhile, in Florida, legislation that would extend protection for hospitals against patient lawsuits over COVID care sits on the desk of Gov. Ron DeSantis, awaiting signature or a veto.

And in New York, the state’s comptroller — citing the investment of the state’s public pension plan in Spotify — sent a letter to the company asking it to increase its screening of “misinformation” on their platform.