The eight members of the New York Yankees team include coaches, staff members and a player who had received the Johnson & Johnson vaccine. Under new CDC criteria, none of the cases will count as breakthrough cases. 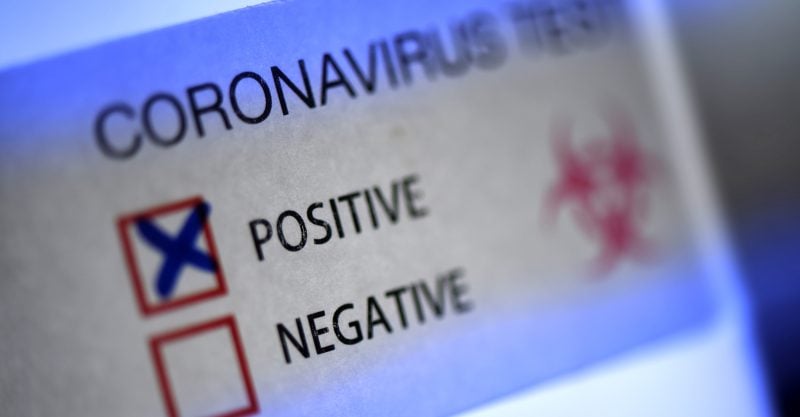 Bill Maher and eight Yankees players this week joined the ranks of COVID breakthrough cases — people who tested positive for the virus despite being fully vaccinated.

No other staff or crew members on the program have tested positive, the outlet reports.

The news comes hours after New York Yankees shortstop Gleyber Torres became the latest member of the team to test positive for COVID. Torres is one of eight members of the New York Yankees who tested positive for the virus despite being vaccinated with Johnson & Johnson’s (J&J) vaccine, the baseball team said Thursday.

The eight infected Yankees include coaches, staff members and a player. Seven do not have symptoms, said Jason Zillo, the team’s vice president of communications. Only third base coach Phil Nevin showed symptoms, Zillo said. He is now feeling better.

At least 85% of the team had been vaccinated as of April 30, in an effort to ease clubhouse restrictions and mask-wearing protocols under MLB rules — meaning the team no longer had to wear masks in dugouts and bullpens. Restrictions during road trips also were loosened.

“While there have been anecdotal reports of New Yorkers who have had a positive COVID test 14 or more days after receiving their last vaccine dose, DOH is investigating those cases along with the ones linked to the Yankees further to determine if they meet the formal CDC definition of vaccine breakthrough,” a New York State Department of Health representative said in a statement.

As The Defender reported May 7, as more reports surfaced of breakthrough COVID cases, the Centers for Disease Control and Prevention (CDC) announced it will change how breakthrough cases are reported, effective May 14.

Previous to the CDC’s new changes, a breakthrough case was recorded if a person tested positive for SARS-Cov-2 two weeks after receiving the single-dose J&J shot or completing the two-dose Moderna or Pfizer vaccination.

Under the new criteria, the agency said as of May 14, only those breakthrough cases resulting in hospitalization or death will be reported.

The CDC also lowered the testing threshold for the fully vaccinated, which will result in fewer positive tests.

Under the new CDC criteria, none of the Yankees or Bill Maher will be included in the CDC’s reports of breakthrough infection.

As of April 26, the CDC reported 9,245 people had tested positive for COVID at least two weeks after getting their final COVID vaccination. About 9%, or 835, people required hospitalization and 132 died. Of the hospitalized patients, 241 were said to be asymptomatic or having an illness not related to COVID, and 20 deaths were reported as asymptomatic or not related to the disease.

According to the CDC, actual vaccine breakthrough numbers are likely higher as the surveillance system is passive and relies on voluntary reporting from state health departments. In addition, some breakthrough cases will not be identified due to lack of testing. This is particularly true in instances of asymptomatic or mild illness, the CDC said.

As reported May 11, The Defender contacted the CDC to inquire into why the agency altered the way it counts COVID breakthrough cases, to explain the effect this will have on breakthrough numbers and how the CDC can monitor vaccine efficacy if it excludes breakthrough cases that do not result in hospitalization or death.

We also asked why the CDC changed the testing threshold for the fully vaccinated and what effect this change will have on breakthrough case numbers.

To date, the CDC has not responded to our repeated inquiries.