Gates blamed lack of vaccine production capacity for the failure to get vaccines widely distributed around the world — but that’s not true. 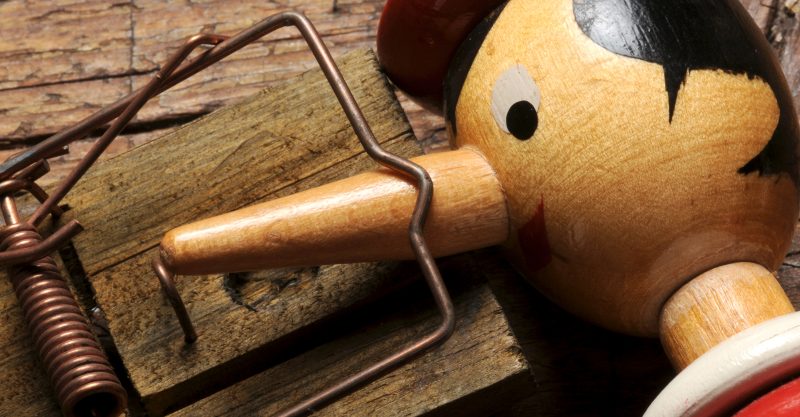 Bill Gates has been adamant since the beginning of the pandemic that the only way to end it is by vaccinating the global population. In an April 2020 blog post, he stated, “We need to manufacture and distribute at least 7 billion doses of the vaccine” … “or possibly 14 billion, if it’s a multidose vaccine.” He also said, “I suspect the COVID-19 vaccine will become part of the routine newborn immunization schedule.”

Coincidentally, Gates also personally supported and participated in Event 201, which simulated a worldwide pandemic triggered by a novel coronavirus. The primary response to the simulated pandemic, which turned into reality just months later? Developing and distributing patentable antiviral medications and a new wave of vaccines.

Now that COVID-19 vaccines are here, however, Gates isn’t too keen on the idea of lifting the patent protection on them, which would open the doors for generic versions to be manufactured, increasing supplies and lowering costs — and ultimately getting more vaccines to middle- and low-income nations.

That was Gates’ stated goal, after all, so it’s ironic, then, that Gates told Britain’s Sky News that lifting patent protections on COVID-19 vaccines would not be useful — a statement that Krystal Ball, host of The Hill’s “Rising With Krystal and Saagar” morning show calls an outright lie driven by one word — greed.

About 75% of COVID-19 vaccines have been administered in high-income countries, according to Ball, while more than 100 countries haven’t administered even one dose.

While there are many reasons to think carefully before getting the vaccine — the criminal past of vaccine manufacturers, no long-term safety testing or informed consent, and under-reporting of adverse reactions and death, for starters — going from Gates’ goal of vaccinating the world, the lack of vaccine availability in most of it is glaring.

The U.S. just lifted an embargo on raw materials needed to help make COVID-19 vaccines in India at the end of April 2021, which would increase vaccination rates. Then there were Gates’ own comments about whether he thought lifting patent protections on COVID-19 vaccines would be helpful, to which he responded no:

“The thing that’s holding things back, in this case, is not intellectual property. It’s not like there’s some idle vaccine factory, with regulatory approval, that makes magically safe vaccines. You’ve got to do the trial on these things. And every manufacturing process needs to be looked at in a very careful way.

“There’s only so many vaccine factories in the world, and people are very serious about the safety of vaccines. Moving a vaccine, say, from a [Johnson & Johnson] factory into a factory in India, it’s novel, it’s only because of our grants and expertise that it can happen at all.”

An Associated Press investigation, however, found three factories on three continents that have the capacity to produce hundreds of millions of COVID-19 vaccines “if only they had the blueprints and technical know-how.” One such factory in Bangladesh, with “gleaming new equipment imported from Germany” and “immaculate hallways lined with hermetically sealed rooms,” is operating at only 25% capacity.

In Canada, pharmaceutical company Biolyse has a similar story and is actively trying to get the recipe to make COVID-19 vaccines from AstraZeneca and Johnson & Johnson so they can start production and provide millions of doses to the global south. They even asked the Canadian government to give them emergency authorization to produce the patented products, with no success. Speaking to The Guardian, vice president John Fulton said:

“We’ve been passed over. We’ve got this production capacity and it’s not being put to use. If we had started this last year, we could have shipped millions of doses by now. This is supposed to be like a wartime effort, everyone in it together. But that doesn’t seem to be the case.”

Big Pharma’s goal is to keep their profits high. They lobby heavily in the U.S. and EU to protect patent monopolies so generic versions of their products cannot be manufactured. According to Corporate Europe Observatory:

“Many pharma companies have pledged to put global health before profits during the pandemic, but documents released to Corporate Europe Observatory — after long delays — reveal that the European Federation of Pharmaceutical Industries and Associations (EFPIA) lobbied against a tool designed to facilitate equitable access and pricing for pandemic treatments in Europe.”

They claim that patents are necessary to protect their intellectual property rights so they can continue to research and produce lifesaving treatments, but they’re largely reaping the profits of taxpayer-funded research. In a working paper released by the Institute for New Economic Thinking, it’s revealed that funding from the U.S. National Institutes of Health (NIH) — $230 billion in total — contributed to research associated with every new drug approved in the U.S. from 2010 to 2019.

What’s more, 22,000 patents resulted from the taxpayer-funded research, which allowed for marketing exclusivity for 8.6% of the new drugs approved during the study period. “It also demonstrates the limited mechanisms available for recognizing the value created by these early investments and ensuring appropriate public returns,” the paper noted.

Even the mRNA technology that’s being used in COVID-19 vaccines is the result of federally funded basic research conducted by the NIH and the Department of Defense. “This is the people’s vaccine,” Peter Maybarduk, director of Public Citizen’s Access to Medicines program, told Scientific American. “Federal scientists helped invent it and taxpayers are funding its development. … It should belong to humanity.”

Pfizer’s COVID vaccine has already generated $3.5 billion in revenue in the first three months of 2021, and the company said it expects “durable demand” for the vaccine to continue in coming years, similar to flu vaccines. Estimates suggest revenue will reach $26 billion for Pfizer’s COVID vaccine by the end of 2021.

Gates’ COVAX, a program co-led by World Health Organization (WHO), Gavi (founded by the Gates Foundation in partnership with WHO) and the Coalition for Epidemic Preparedness Innovations, is intended to accelerate the development and manufacture of COVID-19 vaccines and to “guarantee fair and equitable access for every country in the world.”

It sounds good in theory, but in practice, as Ball said, it’s been a joke. While COVAX pledged to distribute 2.27 billion vaccines to 92 poor countries by the end of 2021, only 38 million doses have been distributed so far. “Even in December 2020, it was already clear that such equal access would never come about through the limited toolbox provided by COVAX. And today the claim rings completely hollow,” Corporate Europe Observatory noted, adding:

“38 million doses, an undisclosed number of which have reached the most disadvantaged countries, is unimpressive to say the least. A disaster in slow-motion would be a more apt description. And there doesn’t seem to be light at the end of the tunnel. At the moment, the prediction is that come June, COVAX will reach a mere 20% of its target for 2021.”

Meanwhile, Gates continues to lie about the reasons why he believes the recipes for COVID vaccines being held by drug companies should remain protected. As Jacobin reported, Gates could, arguably, be considered the most disruptive force in ensuring that drug company profits come before public health:

“Though untold public investment played a key role in the development of vaccines, shareholders in private pharma companies have raked in huge fortunes while rollout has overwhelmingly benefited the richest 16 percent of the global population — many poorer nations not expected to achieve effective vaccination levels for another two years, the most significant reason being inadequate supply.

“Gates, who incidentally owes much of his own fortune to monopolistic intellectual property laws, has been more than a passive actor in the pandemic — having, among other things, convinced Oxford University to renege on its original promise of a no-patent vaccine and partner with the profit-driven AstraZeneca instead.

“Arguably more than any other single figure, the billionaire has mobilized his immense personal wealth and power to ensure that the interests of for-profit drug companies prevail over global public health.”

While continuing to recommend against COVID vaccine companies releasing their patents, Gates is personally invested in at least one of the companies, BioNtech. “In September of 2019, Bill Gates spent $55 million on a pre-ipo equity investment into BioNtech, which later partnered with Pfizer to make its mRNA vax. That Gates investment is now worth over $550 million dollars,” independent journalist Jordan Schachtel tweeted in April 2021.

“In quarter four of 2020 Gates Inc. dropped another $85 million into BioNtech stock. That investment is now worth about $200 million … I am kind of fascinated by some critiques of this claiming that Bill Gates is super rich so the fact that he made $500 million is not a big deal. If it’s not a big deal, why doesn’t he advocate that vax companies he has equity in just release their patents for the good of public health?” he added.

It’s a fair question, but one with a simple answer: again, greed. Gates morphed from a ruthless technology monopolizer into a saintly, generous philanthropist in 2000 when he launched the Bill & Melinda Gates Foundation. But cracks are continuing to emerge in his carefully constructed image. As The New Republic put it:

“COVAX presents a high-stakes demonstration of Gates’s deepest ideological commitments, not just to intellectual property rights but also to the conflation of these rights with an imaginary free market in pharmaceuticals — an industry dominated by companies whose power derives from politically constructed and politically imposed monopolies.

“Gates has been tacitly and explicitly defending the legitimacy of knowledge monopolies since his first Gerald Ford-era missives against open-source software hobbyists. He was on the side of these monopolies during the miserable depths of the 1990s’ African AIDS crisis.

“He’s still there today, defending the status quo and running effective interference for those profiting by the billions from their control of Covid-19 vaccines.”

What is perhaps most disturbing of all is, despite the immense power he yields, Gates wasn’t elected into this position. Nick Dearden, executive director of Global Justice Now, called Gates’ defense of vaccine patents “disgusting” and poignantly added, “Who appointed this billionaire head of global health? Oh yeah, he did.”