Court Orders Bill Gates, Indian Government to Respond to Lawsuit Filed by Family of Woman Who Died After AstraZeneca Vaccine 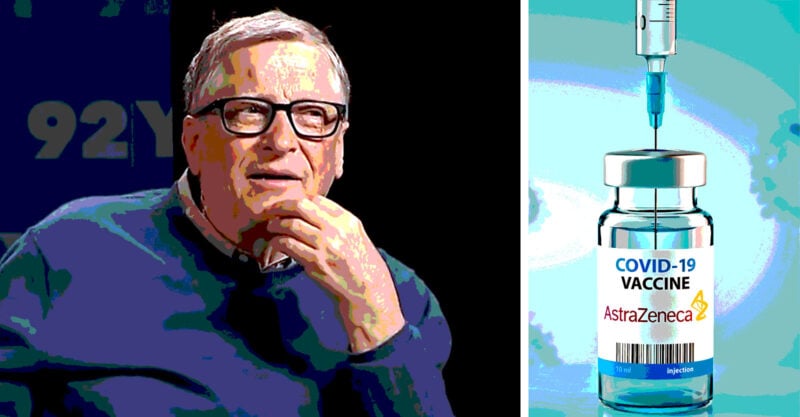 An Indian court ordered Bill Gates, the Indian government and the Serum Institute of India — the world’s largest vaccine manufacturer — to provide formal responses relating to a case filed by the father of a woman who died after receiving AstraZeneca’s Covishield COVID-19 vaccine.

In a lawsuit filed in February, Dilip Lunawat alleged his daughter, Snehal Lunawat, died March 1, 2021, of complications arising from the Covishield vaccine. He is seeking compensation of ₹1000 crores (approximately $126 million).

According to the lawsuit, Lunawat “lost his elder daughter. His loss can neither be explained in words nor can be compensated in terms of money. Only some sort of succour can be done by awarding compensation.”

Defendants in the case include Adar Poonawalla, CEO of the Serum Institute; Bill Gates, in his role as partner in the development of the Covishield vaccine; the Indian Ministry of Health and Family Welfare; the Indian State of Maharashtra; India’s drug controller general; the former director of the All India Institute of Medical Science and others.

A lawyer representing Gates reportedly appeared before the High Court to accept the notice.

Snehal Lunawat was a 33-year-old doctor and senior lecturer at the SMBT Dental College & Hospital in Maharashtra State. According to her father, she was compelled, as a health worker, to get the Covishield vaccine.

On Jan. 28, 2021, Snehal received the Covishield vaccine, which is produced by the Serum Institute. Her father claims his daughter had received assurances the vaccines were entirely safe and posed no risk to her health.

However, her father stated, Snehal developed severe headaches and vomiting while attending a workshop just days after receiving the vaccine, resulting in her hospitalization. There, doctors said that she was suffering from bleeding in the brain, low platelet count and blood clot formation.

After 14 days elapsed without her condition improving, Snehal’s family transferred her to another hospital, where she died eight days later.

Snehal experienced a “rare blood-clotting event,” a complication that resulted in her blood platelet count decreasing due to increased bleeding in her brain.

According to the lawsuit, these adverse reactions have been found to be related to the AstraZeneca and Covishield COVID-19 vaccines in some countries.

The lawsuit names the Bill & Melinda Gates Foundation (BMGF) for its role in helping to speed up the process of manufacturing and delivering up to 100 million doses of Covishield for distribution in India and various developing countries.

In the lawsuit, Lunawat “blamed the Government and others for misrepresenting the facts about the COVID-19 vaccine by making false claims about its safety and ‘forcing’ medical practitioners to take the vaccine.”

Lunawat said his daughter was convinced to receive the vaccine as a result of an “alleged false narrative.”

The lawsuit characterized interviews given by Indian public health officials in the nation’s media as contributing to this “false narrative,” naming several of these interviews, including one by Dr. VG Somani, drug controller general of India, that was broadcast on Jan. 4, 2021, and during which Somani claimed, “the vaccines are 110 percent safe.”

Aside from the named defendants, the lawsuit also calls for action to be taken against social media platforms, such as Facebook and YouTube, and mainstream media for their role in disseminating the “false narratives” and for allegedly suppressing information about the adverse effects, inefficacy or failure of the vaccines.

The lawsuit requests a declaration that Indian state authorities are responsible for Snehal’s death, calls on authorities to publish the side effects of the COVID-19 vaccines and to take steps to stop further deaths of citizens as a result of their adverse effects, and urges the authorities to demand compensation from the Serum Institute.

Lunawat said he is seeking justice for his deceased daughter and for “many more people who are likely to be murdered” due to vaccine injuries.

Doctor’s death was subject of a WHO investigation

This was not the first time that Snehal’s family succeeded in getting the media to tell her story — the incident first became known in India due to her family’s efforts to have an investigation launched regarding her death.

As previously reported by The Defender, Snehal’s family initially reached out to the Indian government and the Serum Institute requesting her death be investigated, as it was registered as an adverse event in India’s “Adverse Event Following Immunisation” (AEFI) database.

However, a satisfactory response was not provided, prompting the family to reach out to the World Health Organization (WHO), which then investigated the incident.

Due to pressure from the family and the intervention of the WHO and the All India Drugs Network, the AEFI committee on Sept. 25, 2021 —  following nearly seven months of delay — accepted the claim that Snehal’s death was vaccine-related. The committee issued a report on Oct. 2, 2021.

This was only the third vaccine-induced death recognized by AEFI. The process of reporting vaccine-related deaths to the AEFI database is reportedly “not easy.”

Snehal’s death is not the only high-profile Indian legal case concerning vaccine injuries or seeking damages against Gates and others.

As reported by The Defender, another case, Yadav v. Maharashtra, also before the Bombay High Court, was filed in late 2021, by the mother of the deceased, Shri Hitesh Kadve, who was “unwillingly” vaccinated on Sept. 29, 2021, and died that same day due to an adverse reaction from the Covishield vaccine.

The family of the deceased is also seeking damages against Indian public health bodies and officials, Poonawalla and Bill Gates, referred to in the complaint as a “mastermind” and as a “habitual offender of mass murder by vaccination in conspiracy with Government officials.”

For instance, India’s Supreme Court on Aug. 29 issued notice to the country’s central government, requesting a response in the case of two children said to have died as a result of vaccine adverse effects.

On Aug. 10, the high court of the Indian state of Kerala ordered the Indian government to immediately develop guidelines for the issuance of compensation to the victims of vaccine injuries and side effects, with the government telling the court that such policies are currently in the process of being formulated.

And earlier this year, the Kerala High Court requested a response from the Indian government in the case of a 19-year-old woman who died allegedly as a result of the vaccine.

As lawsuits make their way through India’s courts, a group of Indian doctors are leading an initiative to draw attention to COVID-19 vaccine-related injuries and deaths.

More than 400 doctors and medical professionals from 34 countries on Sept. 10 held a press conference during which they declared an international medical crisis arising from “diseases and death associated with the ‘COVID-19 vaccines.’”

The declaration, which emerged from concerned doctors and medical professionals in India, makes eight “urgent” demands, including calling for an immediate stop to the administration of COVID-19 vaccinations and the investigation of all deaths involving previously healthy individuals.

The Serum Institute of India is not only the world’s largest vaccine manufacturer by number of doses produced and sold, but it also produces more than half of the world’s vaccines that are administered to babies.

The BMGF previously committed, in June 2020, conditional funding of $150 million to the Serum Institute, which also received a $4 million grant from the BMGF in October 2020, to support research and development as part of the COVID-19 response.

In August 2020, the Serum Institute, in partnership with the BMGF and GAVI-The Vaccine Alliance, agreed to produce up to 100 million doses of COVID-19 vaccines for low- and middle-income countries.

In a posting on his official blog in December 2020, Gates wrote that his foundation “took on some of the financial risk” for the vaccine, so that if the Oxford-AstraZeneca vaccine was not approved, the Serum Institute “won’t have to take a full loss.”