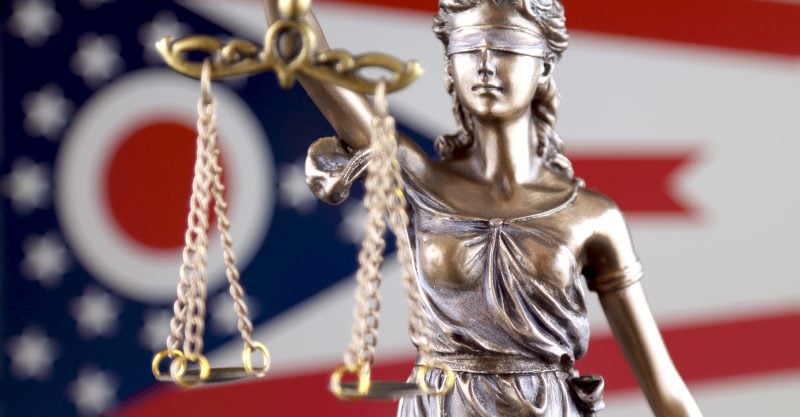 Two of the bills — the Vaccine Choice and Anti-discrimination Act (sub. H.B. 248), introduced by Rep. Jennifer Gross (R-West Chester), and H.B. 253, sponsored by Rep. Al Cutrona (R-Canfield) — are scheduled to commence the legislative process in the Ohio House Health Committee on May 18.

Gross will provide sponsorship testimony and introduce House Bill 248, which would prohibit private and public entities from mandating, requiring or requesting the disclosure of an individual’s vaccination status, participation in a vaccine passport system, registry or other “mechanisms” for tracking and disclosing an individual’s private health information.

The bill further establishes that “individuals have a right to direct their own healthcare decisions, free from coercion or penalty, and with informed consent, for themselves, their children, their family and anyone for whom they stand in loco parentis.”

If House Bill 248 becomes law it will also protect college students from vaccine mandates and require schools to notify pupils and their parents, or legal guardians, of their right to exempt pursuant to section 3313.671 of the Ohio Revised Code, which allows for medical, religious and reasons of conscientious objections to vaccinations, at the same time and manner that notices for vaccine requirements are disseminated.

The bill would also prevent individuals from being discriminated against based on personal health choices, and establishes strong penalties should an entity violate any provisions of the bill, with the capability for an individual to seek relief under the Civil Rights Commission or submit a complaint to the attorney general to assess whether there is reasonable cause to proceed with punitive actions, including but not limited to civil litigation.

During a live discussion with co-sponsor Rep. Jena Powell (R-Arcanum) concerning the bill, Gross said, “I am not anti-vaccination, but I am pro-science and for responsible government. That includes protecting your freedoms … That above all else is what I believe in as a 21-year Air Force combat veteran and flight nurse. Freedom is a part of life. So being a healthcare provider I believe that we have a discussion with you as healthcare professionals and then you make the best decision for you and your family.”

“It’s a personal freedom, a personal choice and a personal responsibility bill. You don’t get into whether it (a vaccine) works, or it doesn’t in the bill. You just say this is where personal freedom comes in. Whether it’s a business, a corporation and individual, none of which can force another person to get a vaccine.”

House Bill 253, also introduced by Cutrona, focuses on preventing government entities from requiring proof of COVID-19 vaccination to enter the state of Ohio and public sectors. The bill also aims to protect individuals’ private medical information from being disclosed without their written consent, and it bans vaccine passport technology via amendments that will be presented during next week’s sponsorship testimony.

Cutrona, who is chief operating officer for a large tri-county infectious disease medical practice and the son of a leading physician said:

“People need to remember that the vaccine passport is not a concept. Iit’s an actual piece of technology and because it’s so insecure there’s a chance of sensitive information being leaked. So I want to make sure that all of our privacy information is being properly protected and that’s what the amendments intend to strengthen.”

Cutrona also emphasized the bill applies to all forms and applications, whether it’s the current vaccine passport technologies or other developments containing medical information that would necessitate the same protection to ensure personal data is not being shared because “when you have Big Tech and Big Government, you have problems. Limiting that will make for a much safer Ohio,” Cutrona said.

Cutrona was also optimistic in sharing that, besides the 17 co-sponsors, the legislation “has an immense amount of support” among the Republican caucus.

Cutrona said he hopes House Bill 253 garners bipartisan support “because it has nothing to do with COVID-19 or the vaccine. It’s about protecting people’s personal information, whether it is through healthcare information or if it is through government identifying markers like social security numbers, we need to make sure that we are not opening the people of Ohio up to hacking or their information being leaked out.”

Rep. Scott Lipps (R-Franklin), chair of the House Committee where both bills are scheduled to have their first hearings next week, said:

“Our office has received a constant stream of calls and emails regarding medical freedom of choice, mandates, specific employment mandates, vaccine passports and more. We are excited to start the legislative process to craft strong bills that protect the health and freedom of Ohioans.”

Ohio Sen.Andrew Brenner (R-Delaware) has also been busy crafting legislation intended to protect individual’s inalienable rights and freedoms from the unconstitutional threat of COVID-19 vaccine mandates and discrimination. Brenner introduced Senate Bill 169, which was recently referred to the Senate Health Committee and is awaiting hearing.

Brenner said this about the bill:

“SB 169 protects every Ohioan’s right to privacy. Our right to privacy and protections guaranteed under the Constitution must never be replaced by arbitrary policies established by bureaucrats or private organizations.”

“The General Assembly is recognizing that they must interpose on behalf of Ohio citizens facing ever-growing losses of freedom in this ongoing emergency … To help ensure the passage of bills that protect our liberties such as H.B. 248, H.B. 253, and S.B. 169, concerned citizens need to communicate with their state elected officials to respectfully and firmly request their commitment to support, vote for and enact such legislations.”

What you can do

If we are to maintain our fundamental human rights and freedom, we must take full action now. Your presence matters. Your voice matters. Your actions matter. Inaction is no longer a choice when our liberty to choose is at stake by those who stand to profit from our silence.